There are some big names jetting in for 2017's literature festival

Lovers of the written word, we have some excellent news for you…

The list of authors appearing at the 2017 event has just been released, and there’s plenty to get excited about.

More than 140 names are set to jet into the UAE for the week-long event (between March 3 and 11), which is the largest celebration of the written and spoken word in the Middle East.

The festival is now in its ninth annual year, and while tickets won’t be released for a while, here’s who we’re most looking forward to seeing.

READ MORE
*Big gig news: Guns N’ Roses are coming to Dubai*
*This mall is adding a whopping 225 more shops to its line-up*
*Veteran rocker Bryan Adams is coming to Dubai*
*Reads on wheels… you can get books delivered for free in Dubai*

(For a full list of appearances, visit emirateslitfest.com – and remember that the line-up is subject to change. Fingers crossed all of the below make it though!). 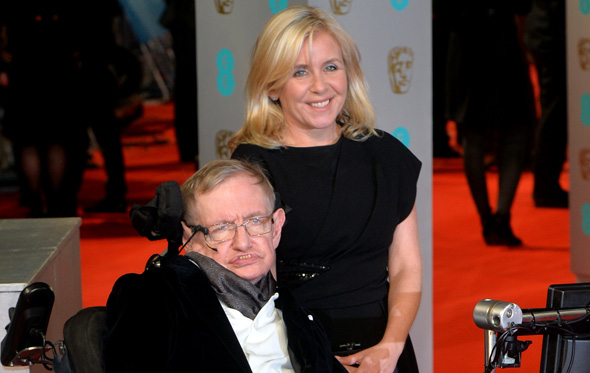 You see that last name? Yep, this British journalist and writer is the daughter of esteemed physicist Stephen Hawking. She’s actually penned a series with her dad to help young readers understand complex sciences, which she’ll be talking about at the festival. She’s also written for titles including New York magazine, The Times and The Guardian so budding journos after some advice, this is one for you.

She might have sold her eponymous brand to Estée Lauder in 1999, but Jo Malone is still synonymous with her world-famous perfumes. The woman who crafted the scents popular with celebs, gift-givers and men at a loose end come their anniversary will be in Dubai to talk about her memoir (and hopefully dish out some entrepreneurial tips). 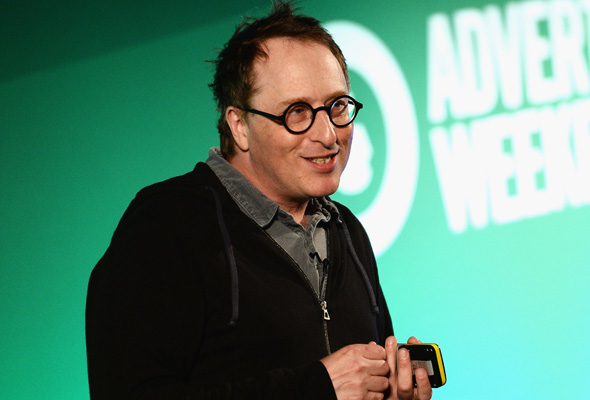 This non-fiction writer and journalist is behind some of our favourite books, including The Psychopath Test and Them: Adventures with Extremists. His title The Men Who Stare at Goats was adapted into a Hollywood film starring a certain Mr George Clooney, and he’ll definitely be talking about his newest release So You’ve Been Publicly Shamed. (It’s all about the rise of humiliating people on social media and is definitely worth a read pre-festival).

Anyone with green fingers will enjoy a talk by this well-known gardening writer and presenter (you know, the one from that British reality show, Ground Force, where a team gave someone’s back yard a makeover). But Titchmarsh isn’t just about the outdoors, oh no, he’s also written several novels and had a lengthy spell as a BBC Radio 2 presenter.

If you’re not on The Great British Bake-Off train yet, you need to board it, pronto. Hussain is the winner of last year’s season of the BBC reality series, which sees a group of amateur bakers go head-to-head in the kitchen (but unlike many reality shows, it’s heartwarming rather than cut-throat). Nadiya’s soared to success after claiming the GBBO crown, penning cookbooks, presenting TV shows, and creating a cake for the 90th birthday of Queen Elizabeth II. Here’s hoping she dishes up some anecdotes about legendary Bake-Off host Mary Berry at the festival.

He’s most famous for his double act with Alexander Armstrong (they had sketch shows on the UK’s Channel 4 and BBC) but it turns out the comedian’s also quite the author. Cambridge-educated Miller has written two physics-focused books, It’s Not Rocket Science and The Aliens Are Coming.

He wrote the original UK adaptation of House of Cards and was involved in adapting Bridget Jones’s Diary for the silver screen – enough said. A must-see (he also adapted Pride and Prejudice for the BBC – you know, that version with the iconic lake scene that made Colin Firth super famous).

You might not recognise the name, but you’ll recognise his work – this BAFTA and Emmy award-winning factual filmmaker has worked on numerous productions with a certain Sir David Attenborough…

This comic book creator and editor is the mastermind behind Ms Marvel, the first series to feature a female Muslim superhero. In short, she’s a legend.

This Lebanese author wrote 2006 bestseller The Last Templar, and he’s also a screenwriter and producer for popular BBC shows Waking the Dead and Spooks.

If it’s an inspirational talk you’re after, make sure this young woman is on your list. The teenaged Syrian, who has spent her life in a wheelchair, risked her life travelling from her war-torn homeland to the Hungarian border – and will be in town to talk about her incredible tale.

Motivational speaking will also come courtesy of this British adventurer, ocean rower and author, who completed a four and a half year expedition around the world via land and sea last year (kind of puts our three months across South East Asia to shame…).

Culture
News
EDITOR’S PICKS
Ain Dubai will open with fireworks, live music and a drone show
READ MORE
Incredible Aura SkyPool to open in Palm Tower this November
READ MORE
Brit Grand Slam hero Emma Raducanu confirmed for Mubadala Tennis
READ MORE
What’s On Nightlife Awards 2021: Here are the nominees...
READ MORE
MOST POPULAR
Why Armani/Hashi is trending hard on the Japanese cuisine scene
Celebrate creativity at City Walk during this three-weekend event
This Heinz Beck brunch at Waldorf Astoria just got an upgrade
10 brilliant things to do in Abu Dhabi this long weekend: Oct 21 to 23
Experience Arabesque elegance at Asil's Saturday lunch
YOU SHOULD CHECK OUT
Our website uses cookies and other similar technologies to improve our site and your online experience. By continuing to use our website you consent to cookies being used. Read our privacy policy here.