How much would you be willing to pay to be Number 1?

Let’s be honest, we’d all have a vanity plate if we could afford one.

The idea of being able to shunt your way through traffic as people glance nervously at your number plate is somewhat appealing.

Some people are willing to pay more for that luxury than others though, as this weekend’s auction in Abu Dhabi proved.

A No. 1 limited-edition licence plate sold for Dhs31 million to Emirati bidder Abdullah Al Mahri on Saturday at the Emirates Palace Hotel. 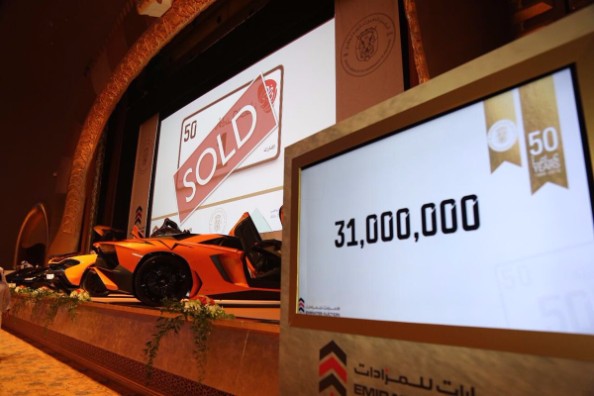 The huge sum was actually six times the reserve price for the coveted item.

The auction was held to commemorate the Abu Dhabi Government’s Golden Jubilee, with sales from the number plates raising more than Dhs99 million in total.

The limited-edition golden jubilee plates all feature the number 50 in the top left corner. 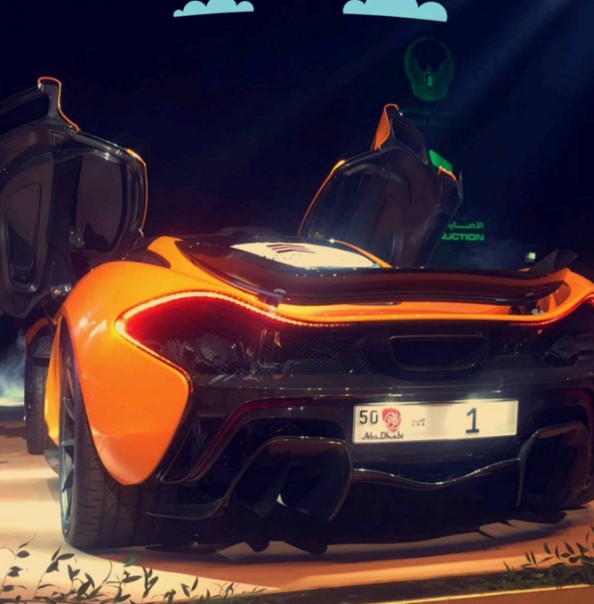 The No. 1 plate with the golden jubilee 50 in the top left corner

“I’m very proud to get No. 1, especially for this Golden Jubilee, 50 years of the Abu Dhabi Government. I’m very proud and very happy,” 32-year-old Al Mahri told The National.

He also told Gulf News he “was willing to pay any amount to get the plate number”.

“I often come to auctions like that and fetch the most unique numbers at the highest bids,” Al Mahri said.

The event was hosted by Emirates Auction and Abu Dhabi Police, with the organisers hoping to see the record broken for world’s most expensive plate.

Here’s a video from Emirates Auction highlighting the event:

HOW MUCH DID OTHER PLATES SELL FOR ON THE NIGHT?

While Dhs31 million for a number plate is staggering, there were still a fair few other hefty purchases.

News
Transport
EDITOR’S PICKS
9 royal-approved Dubai restaurants
READ MORE
16 of the best beach bars in Dubai for sundowners
READ MORE
Bla Bla: Dubai's huge new beach club is set to open this Thursday
READ MORE
Where to get the Covid-19 vaccine in Dubai, Abu Dhabi and across the UAE
READ MORE
MOST POPULAR
Dubai Food Festival is set to return on February 25
Brand new eco oasis Al Fay Park opens on Al Reem Island, Abu Dhabi
9 exciting things to do in Abu Dhabi this weekend: January 21 to 23
Don't miss this cool collaboration between two top Dubai restaurants
Sale: Emirates and Etihad slash prices on flights around the world
YOU SHOULD CHECK OUT
Our website uses cookies and other similar technologies to improve our site and your online experience. By continuing to use our website you consent to cookies being used. Read our privacy policy here.