This guy just paid Dhs33 million for this number plate

This guy’s ride just got worth a whole lot more.

Why? Because he’s just laid down that massive sum on a new number plate.

Indian businessman Balwinder Sahani paid the equivalent of US$9 million for the coveted accessory at the Roads and Transport Authority’s licence plate auction this weekend.

Sahani, who owns property management company RSG International, is quite the number plate collector, though this appears to be the priciest one he’s picked up so far.

“I like collecting unique number plates and I am proud to have got this number. I like number nine and D5 adds up to nine, so I went for it,” he told Gulf News, revealing that he spent Dhs25 million on a O9 plate last year.

“I have collected 10 number plates so far and I am looking forward to having more. It’s a passion.”

His latest acquisition will adorn one of his Rolls Royces – a car you now definitely don’t want to prang while parallel parking.

You are only few hours away from owning one of #Dubai‘s most exclusive 80 plate numbers.The auction which will take place today at 4:30 pm. pic.twitter.com/VsbbthT3f8

The government auction started at Dhs2o million for the prized plate, and Sahani also paid Dhs1 million for another plate.

Three hundred bidders attended the bi-monthly auction, where 80 licence plates were up for grabs, and all proceeds will go to the RTA.

As huge as Dhs33 million is, it’s not the most that’s ever been shelled out for a short number.

Businessman Saeed Al Khouri paid a record Dhs52 million for the No 1 licence plate in Abu Dhabi in 2008. Comparatively, Emirati businessman Arif Al Zarooni bought the No 1 plate in Sharjah for Dhs18 million this year. 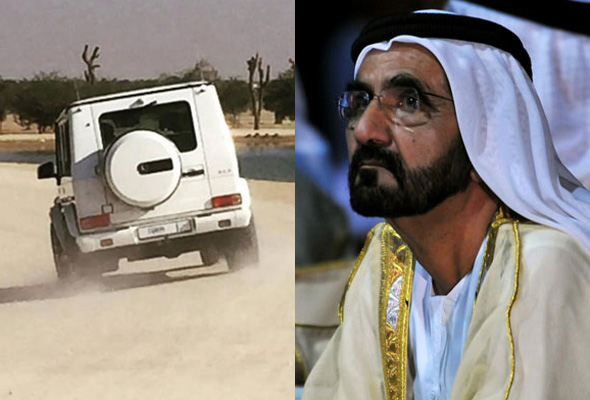 News
Transport
EDITOR’S PICKS
Here's the full list of UAE public holidays in 2023
READ MORE
23 incredible things to look forward to in the UAE in 2023
READ MORE
Hidden gems: 10 UAE desert pop-ups to discover this winter
READ MORE
Where to travel in 2023: 10 new flight routes from the UAE
READ MORE
MOST POPULAR
Dubai tourism increases by a massive 97 per cent
16 incredible mega projects coming to Abu Dhabi soon
The epic Asian Le Mans Series returns to Dubai Autodrome this month
Snapped: Celebrities spotted in the UAE this week
With its unique decor, Dubai's La Nina restaurant evokes tales of distant travels
YOU SHOULD CHECK OUT
Our website uses cookies and other similar technologies to improve our site and your online experience. By continuing to use our website you consent to cookies being used. Read our privacy policy here.