Crossing roads in Dubai could be about to get easier

These new pedestrian light signals might help to reduce jaywalking (and danger) on Dubai roads.

You get to the crossing and there’s a red man, but no traffic. You take a tentative step onto the stripes… and narrowly avoid being knocked off your feet by a Land Cruiser that appears out of nowhere.

We’ve all been there: but remember, impatience can be dangerous. Waiting for the red man to turn green can feel like the longest two minutes of your life – but that could be about to change, thanks to “smart” pedestrian light signals being trialled in Dubai by the Roads and Transport Authority (RTA). 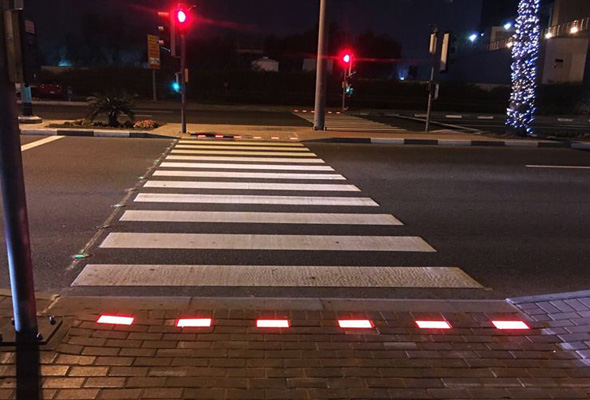 What makes them smart? Well, they use a sensor-based ground system which can tell when pedestrians are waiting to cross, instead of the pre-timed traffic lights which are currently in use.

“It spots the movement of the pedestrians on the pavement (before crossing the street) or on the crossing path (during crossing) and automatically modifies the timing of the signal’s light accordingly,” RTA engineer Metha bin Adai explained.

“Thus, it allows the safe passage of the largest possible number of pedestrians and accordingly provides an excellent and smart service to all road users.” 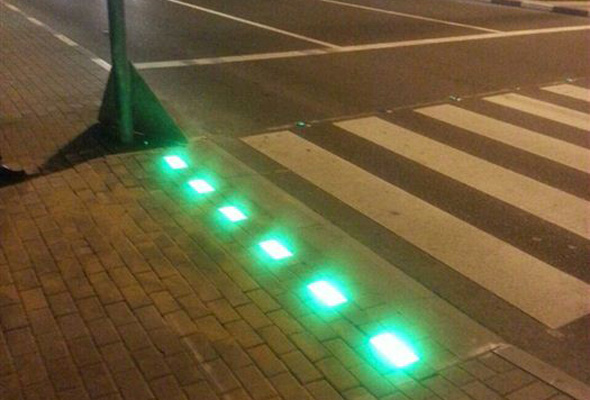 READ MORE
*Illegal or not? What’s the deal with dash cams in Dubai?*
*Pay-by-the-minute car rental in Dubai is now actually happening!*

It also means if there are no pedestrians waiting to cross, cars won’t have to hang around at the red light for so long – so it’s win-win for both motorists and pedestrians (see, we CAN be friends)!

At the moment the light signals are actually operating in Dubai, they’re being tested on Al Saada Street in DIFC, but the RTA is looking at installing more in similar locations along Dubai’s road network.

There’s definitely a need for them – according to Dubai Police, at least a quarter of road deaths last year were caused by run-over accidents.

And this could save pennies as well as lives. Between January and November last year, 64,458 jaywalkers were pinged with a Dh200 fine, Gulf News reports.

News
Transport
Travel
EDITOR’S PICKS
UAE holiday dates announced for Eid Al Adha
READ MORE
Emirates extends suspension of flights from India to UAE again
READ MORE
Coming soon: Everything we know about Ain Dubai so far
READ MORE
Khorfakkan set to open new tourist attraction 580 metres above sea level
READ MORE
MOST POPULAR
First Look: A glow-in-the-dark padel centre lands in Dubai
What happened when the What's On Lock In hit Bab Al Qasr
These Dubai Metro stations have had a name change
UAE is finally moved from the UK's 'red list' to 'amber'
A cool new hotel is opening in Jumeirah Village Circle in September
YOU SHOULD CHECK OUT
Our website uses cookies and other similar technologies to improve our site and your online experience. By continuing to use our website you consent to cookies being used. Read our privacy policy here.