Maternity leave will increase for many workers in Dubai from March

Maybe this is the start of a city-wide sea change?

There’s been a lot of talk about it, but it’s just been confirmed that the maternity leave for ALL Dubai government employees will increase, and it will happen very soon – the new law will take effect on March 1.

This will mean the emirate’s public sector employees will be given three months maternity leave, and it will be on full pay (in many countries a full salary isn’t actually given during maternity leave). Some Dubai companies have already voluntarily extended their maternity leave.

The new legislation will also provide working mums an extra hour off a day for breastfeeding (raised to a total of two hours), which women are able to take until their baby’s first birthday. Women can either start their working day later, or finish early to use this leave.

There are also special clauses providing sick leave for cases of miscarriage or abortion, and mothers of children with special needs will be entitled to special care paid leave.

We can only hope – and we think expect – that the private sector will soon be encouraged to update their laws too.

Currently fully paid maternity leave in the private sector is six weeks in the UAE, while it’s 10 weeks in both Saudi Arabia and Lebanon. The UAE labour law also stipulates that women be allowed to take another 100 days unpaid after their paid leave is over without their jobs being under question.

Last September the Abu Dhabi government extended its maternity leave for employees, also giving women three months paid leave after having a baby, and allowing them to leave two hours early (rather than one hour early) for a year after their baby is born. As part of the new law dads now receive three days of paternity leave in the capital. 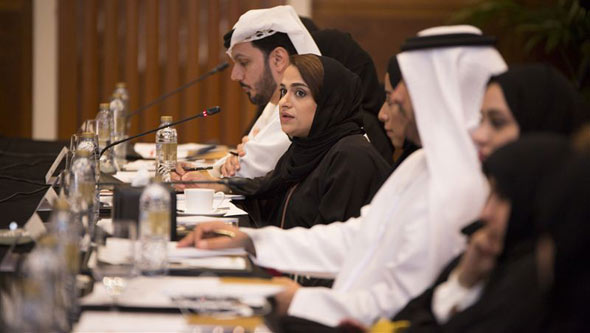 During the meeting is was announced that reviewing maternity leave “is a top priority for the UAE Gender Balance Council due to its positive impact on society”, and it wasn’t just government officials there, the meeting was attended by top private sector and HR specialists too.

The group debated the benefits and challenges of increased maternity leave, with some pointing out how hard it is to find a replacement for a woman on maternity leave. Due to this challenge, the importance of having nurseries within the workplace was raised.

ALSO READ: *12 facts that show how women in the UAE are empowered*

Today, women account for 66 per cent of government jobs in the UAE, and they hold 30 per cent of the top positions.

“The session was very productive, and included discussions about the successful implementation of various ideas and suggestions across several sectors, representing a positive step towards creating the new law,” said Mona Al Marri (pictured in the feature image), who is the Director General of the Government of Dubai Media Office.

Al Marri also pointed out the importance of establishing nurseries in institutions to enable working mothers to pursue careers while knowing their children are both cared for and close to them. 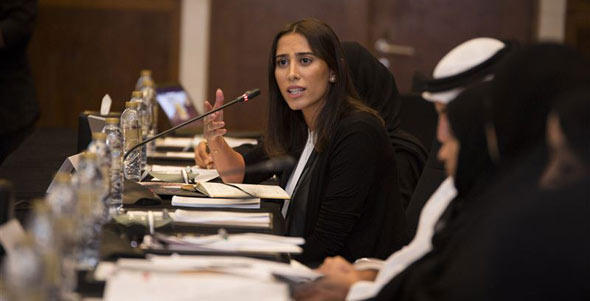 The debate discussed both the challenges and benefits of reviewing the maternity leave.

H.H. Sheikh Mohammed bin Rashid Al Maktoum, ruler of Dubai, has set a goal for the UAE to become one of the world’s top 25 countries for gender equality by 2021.

As part of this the UAE Gender Balance Index and Council have been set up to, in the government’s words, “reflects the UAE leadership’s vision to enhance the role of women across all sectors of society and ensure their effective participation in the country’s economic development”. 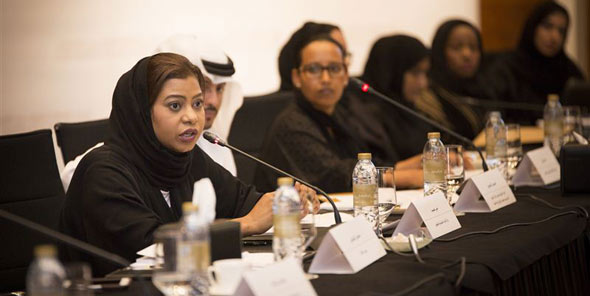 The Dubai Media Office has reported that the law is definitely changing, although the finer details haven’t been announced (and are still being workshopped).

The UAE Gender Balance Council will also work to…

– Oversee the implementation of recommendations in the work environment that support women.

– Sign collaboration and partnership agreements with international organisations and governments that have reached high levels of gender balance.