Video: Watch the Burj Khalifa New Year's Eve fireworks in all their glory

Missed the ringing-in-2017 Burj Khalifa fireworks? Well, fear not, as plucky drones and plenty of videographers captured the pyrotechnics so that you can relive them.

Here is one of the best videos that shows the spectacle from all angles:

The video shows how the Burj Khalifa turned into a giant flashing beacon, while the surrounding (and still very tall) buildings played back up. The show featured rainbow colours, specialised red and white comet shows, as well as LED work. It was all choreographed to a soundtrack made especially for the occasion by an Emirati artist.

We particularly love this photo’s perspective of the display:

A lot of people travelled to see the ‘works, with a total of 1,793,691 people using public transport on New Year’s eve in the emirate.

Here’s a snap that shows the famous view of the skyline from the Ras Al Khor area, but just lit up: 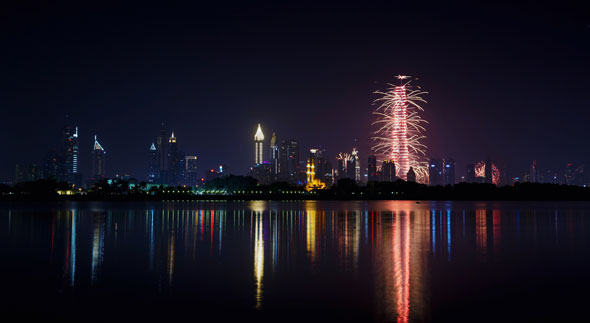 And let’s not forget about the Burj Al Arab fireworks, which happen every year…