Yep, it looks like we're in for another rainy (and cloudy) few days

February has been wintry (in a Dubai way), and it looks like it will continue in that vein…

We had extreme winds at the start of the month, and then also snow: and then the rest of the month has been cloudy, chilly and a touch wet. This morning and last night the rain in Dubai was heavier than usual, so yes, it looks like the rain will stick around this week, albeit sporadically.

We are likely to have patches of rain over the next two days, with the National Centre of Meteorology (NCMS) saying that Monday morning will see rain, but that it might ease up after then (so by Thursday we might be back to scorchio, scorchio and sunny every day).

Here’s what the rain radar looked like as of 9.15am this morning (dark green is clouds and building humidity, light blue is drizzle, blue is light rain, yellow is moderate rain and orange is stronger rain): 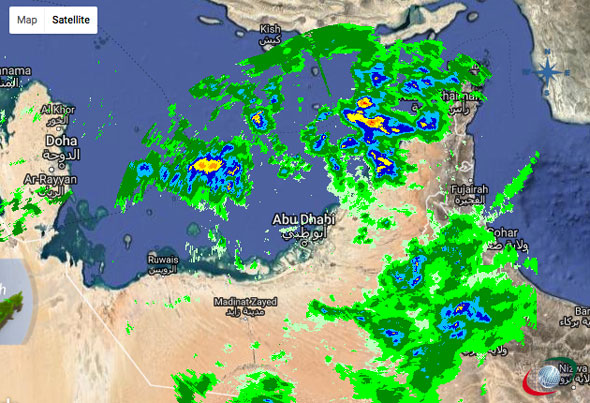 And here’s what it look like at 10am (so, as you can see, it’s moving away from Dubai, but there’s still plenty in the atmosphere): 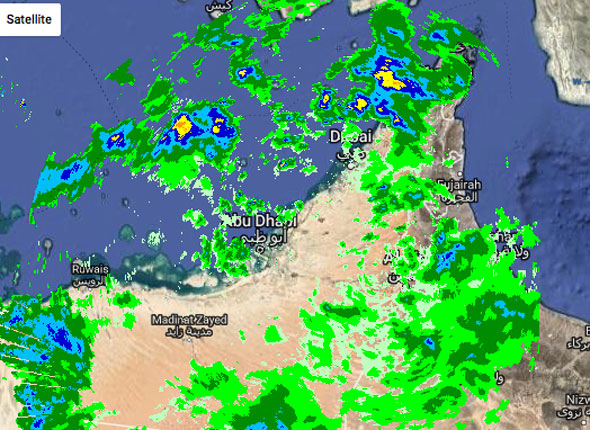 The NCMS is saying that for the rest of today there is a continued “chance of rainfall of different intensity over scattered areas”.

Tomorrow, the NCMS is predicting that there will be “rainfall over northern and eastern areas during Monday morning”, and that later in the week we can expect fog, humidity and moderate winds.

We’ve been loving the more wintry climes, although it’s safe to say many of our visitors aren’t into it: this tweet sums up so much about this month of dull weather…

Friend: “Can I come stay for some sunshine?”
Yes, end of February weather will be prime! ☀️
First 4 days…. of solid rain. ?#dubai

Meanwhile, here are some pics of the rain…

The first one is from H.H. Sheikh Hamdan himself: 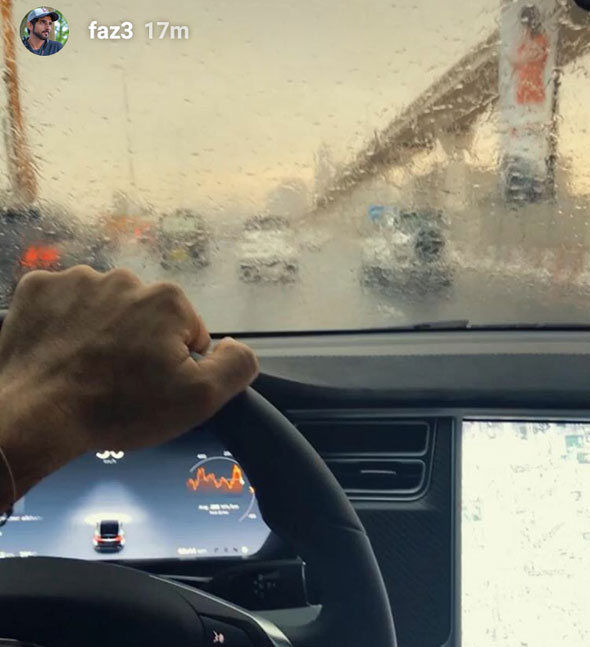 And here’s a video from the roads – yes, the traffic was a touch heavier than usual in places this morning: