Videos & pics: Yes, it really did snow in the UAE this weekend

Snowfights, snowmen, tobogganing (and no, not in Ski Dubai) – just your average Friday in the UAE (not)…

Over the weekend the emirate of Dubai saw 65km/ph winds cause issues on the roads, even leading to a construction crane toppling over near Sheikh Zayed Road, but those in Ras Al Khaimah saw actual snowfall.

‘Where did this happen?!’ you ask – well, on the Jebel Jais mountain, which is on the UAE/Oman border and peaks at 1,911 metres. The mountain normally looks like this: 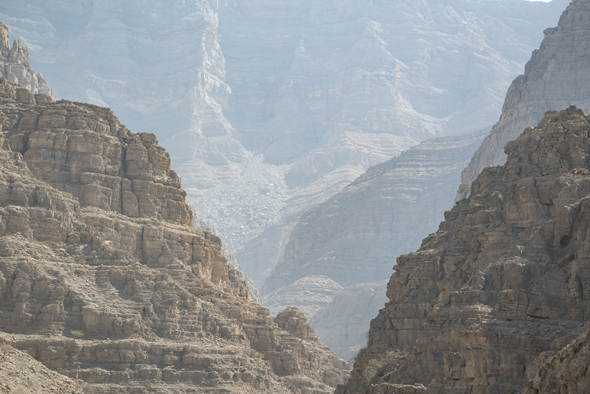 But over the weekend, it looked like this due to temperatures dropping to 2.2 degrees Celsius below zero at the top of the mountain at 9am on Friday:

According to the UAE’s official weather service (NCMS) there were up to four inches of snow on some parts of the mountain. To put that into perspective, last year in November a severe weather warning was issued in the UK when they expected four inches of snow (but, to be fair, this was across the island, rather than just on its mountains).

It’s hard to believe videos like this were taken in the UAE, but they were:

Snow fights were even on the cards:

And there was enough plush ice for a bit of tobogganing too:

And, of course, there was snowman making…

There was also heavy hail in parts of Dubai this weekend too:

While unusual, snow does appear in Ras Al Khaimah on an almost annual basis, having fallen in February in both 2015 and 2016. Can we expect it to return this year?

Well, the NCMS is predicting that mountain temperatures will hover at around 3 to 7 degrees Celsius over the next few days (so no, not snowfight territory).

Meanwhile, they’re predicting coastal temperatures in the UAE to sit between 11 to 21 degrees Celsius today and tomorrow (so it’s still cardigan weather in Dubai, yes). There’s no talk of rain on the immediate horizon.

We’ll keep you updated if there’s any more talk of rain, snow or extreme wind in the UAE this week.

In the meantime here are some more fun snaps of the RAK snow: