Dubai's flying taxis are coming sooner than you might think

Just when you thought you’d seen it all…

We’ve gotten pretty used to hearing about cool new modes of transport that may or may not be coming to Dubai in the near future.

The RTA has announced that it will begin testing an Autonomous Air Taxi (AAT) in skies of Dubai as early as the end of the year.

Partnering with German company VOLOCOPTER, who specialise in building self-driving air vehicles, the electric-powered AAT will have 18 rotors to ensure safe cruising and landing capabilities, with multiple redundancy systems for additional safety.

#Dubai’s autonomous #flyingtaxis are coming sooner than you might think…

The fully-autonomous vehicle will seat two passengers and is fitted with plus leather interiors and seating. It will be able to reach a top speed of 100km/h, with a max flight time of 30 minutes. 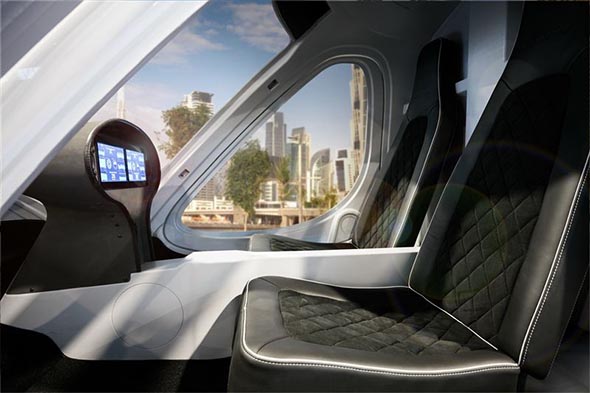 We reported earlier this year that the government had been in talks with a Chinese company about trialing a similar flying taxi concept, however we have received no updates regarding this deal.

You can read the original report below:

This week the authority revealed it had already conducted test runs of the eight-rotor drone, flying past the city’s iconic Burj Al Arab. 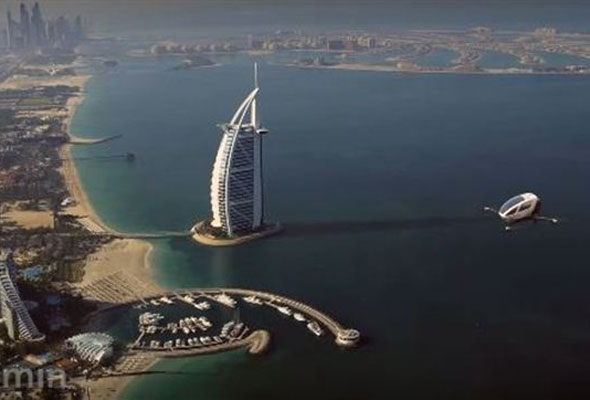 When it begins operation in the summer, it will be the first time the Chinese-designed drone has been in regular use anywhere in the world. 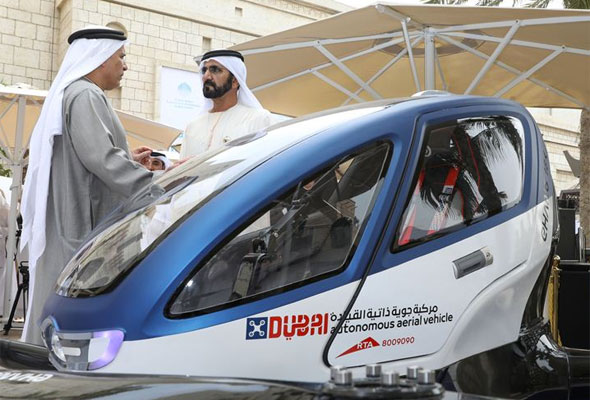 More…
*Pay-by-the-minute car rental in Dubai is now actually happening!*
*5 innovations you may not know are happening in Dubai right now*

HOW WILL WE USE IT?

The drone will be able to carry one passenger weighing up to 100kg, with room for a small suitcase.

To select their destination, passengers will use a touch screen that shows a map of pre-set routes.

The drone will then be autopiloted, directed and monitored via a command centre.

With just 30 minutes of flight time, the drones won’t cover long distances – they’ll be able to operate within an area of 40 to 50km, at speeds of up to 160km an hour.

This video shows exactly how it will work:

Bit of a nervous flyer? The RTA says in the event of malfunctioning, a standby system will kick in and safely steer the drone to its programmed landing spot (sounds, erm, promising).

Feel like this all sounds kind of familiar? Dubai is definitely a fan of its futuristic transport schemes. These three are also said to be in the works…

Last year, Hyperloop One and the RTA signed a deal to explore building the world’s first operational Hyperloop system by 2021. The high-speed transport system would use tube-like capsules inside a reduced-pressure tunnel to ferry passengers and cargo in record time – and could take you from Dubai International Airport to Abu Dhabi in just 12 minutes.

NEXT Future Transportation has paired up with app-based booking service Careem in an attempt to bring driverless taxis to Dubai’s roads in the near future. The battery-powered pods would accommodate up to 10 people individually, or could be joined together to create a bus-like structure.

Yas Island should soon be getting a personal rapid transit system where passengers can zoom around in driverless pods that are attached to an elevated track. The project – the first of its kind in the Middle East – is expected to connect to main attractions on Yas Island, and will eventually be linked to the Abu Dhabi International Airport.

Transport
Travel
EDITOR’S PICKS
Here's the full list of UAE public holidays in 2023
READ MORE
23 incredible things to look forward to in the UAE in 2023
READ MORE
Hidden gems: 10 UAE desert pop-ups to discover this winter
READ MORE
Where to travel in 2023: 10 new flight routes from the UAE
READ MORE
MOST POPULAR
Pics of the week: Your best photos of the UAE
Dhow & Anchor has got you covered every day of the week
RTA: All the road closures you need to be aware about
Review: The Nice Guy Dubai
Masha and the Bear is coming to Abu Dhabi this April
YOU SHOULD CHECK OUT
Our website uses cookies and other similar technologies to improve our site and your online experience. By continuing to use our website you consent to cookies being used. Read our privacy policy here.