It’s no secret that Dubai is all about becoming one of the most technologically innovative destinations in the world. We’re getting Lifi in Silicon Oasis, the Dubai Future Accelerators programme is happening right now and the UAE is part of the space race.

1. The final design for the Mars Hope probe has been approved

It’s no secret that the UAE has joined the space race, with the plan to send an unmanned probe called Hope to Mars by 2021.

Its mission? To search for connections between today’s Martian weather and the planet’s ancient climate. Hope will then collect this and send back over a terabyte of data back to Earth for scientists to analyse.

Here’s a video giving a bit of insight into the Emirates Mars Mission:

If it completes its mission, Hope will be the first Arab Islamic probe to ever reach the red planet.

While there he launched KhalifaSat, which will serve as the UAE’s most technologically advanced imaging satellite, with the plan to launch it into Earth’s orbit in 2018. 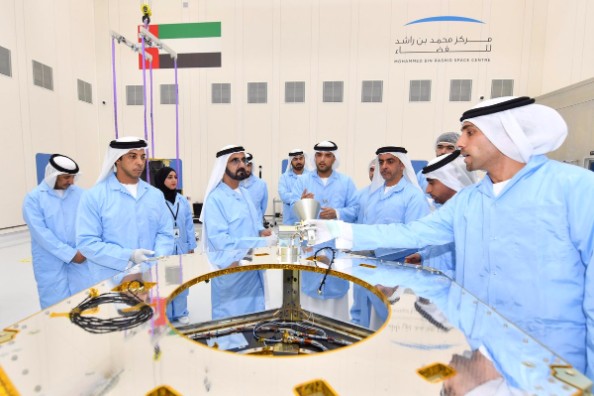 The satellite will be the third UAE satellite in orbit, and will serve as the first satellite to be constructed by a 100 per cent Emirati team.

The imagery captured by KhalifaSat will be used for urban planning, ship detection and mapping.

2. Dubai has built a sustainable house disconnected from the power grid

The house, built by the Sheikh Mohammed bin Rashid Space Centre, took only 100 days to build, preceded by a year’s worth of study. 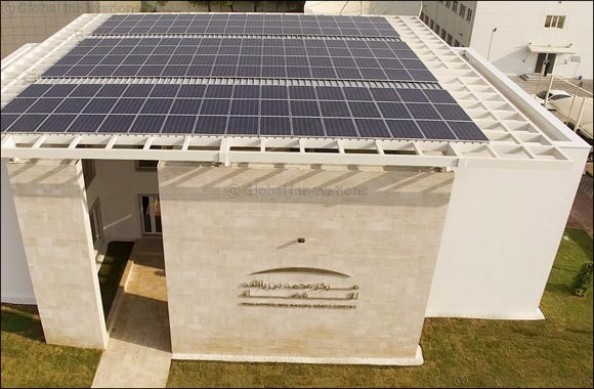 Eventually the houses will actually be giving back energy: they will be hooked up to Dubai’s electricity grid, so that any excess electricity produced by the renewable sources will be used to provide surplus energy to Dubai’s grid.

3. DEWA are using the Microsoft Hololens in their day-to-day activities

If this isn’t new-age, we don’t know what is.

If you’re not sure what the Microsoft Hololens is, it’s a set of glasses that can be used to view interactive three-dimensional objects in front of you.

This video shows how the Dubai Electricity and Water Authority (DEWA) plan to use the Microsoft Hololens to view data, diagrams, 3D models and as a means of remote expert assistance.

Looks awesome, right? If you thought the smartphone was a modern marvel, then the Hololens is a whole different ball game.

Here’s a video from Microsoft showing you the full capabilities of the Hololens. Yes, it’s time to get excited.

4. We could be getting self-driving taxis

App-based taxi booking service Careem has teamed up with NEXT Future Transportation to launch battery-powered electric pods in the Middle East.

The pods will be able to travel individually, but can also join up to form a bus-like structure, allowing passengers to move between pods.

Passengers will be picked up on demand and delivered to their destination.

While a release date hasn’t been set (we hope it’s soon), there’s no doubt that driverless pods straight to your door will be one of the more efficient ways to nip around the city.

5. A Hyperloop is set to be built

Hyperloop will be levitating pods that can take you from Dubai to Abu Dhabi in 15 minutes and from New York to Beijing in just two hours at speeds of 1,200 kilometres per hour.

The idea was first proposed by inventor and entrepreneur Elon Musk back in 2013, and both DP World (for ports) and the RTA (for passengers like us) have signed agreements to intensively study, and then, if all’s well, implement the technology in Dubai.

Think, well that will be expensive? Well, apparently, building a Hyperloop is just 10 per cent the cost of building conventional high-speed trains to construct.

Here’s an ad showing how the Hyperloop would look and work in the UAE.

Always fancied moving to the Fujairah coast but keep your job in Dubai? Not to worry – the Hyperloop will have you in Dubai in just 10 minutes time.

NOW READ…
*Sheikh Mohammed’s vision for the future of Dubai*