Here’s what NOT to do…

You know the drill: No public displays of affection, no drinking in public, no indecent clothing.

When it comes to living in a Muslim country like the UAE, some rules should be obvious – but others are less so. And while they might be rarely enforced, it’s still a good idea to aware of them, lest you inadvertently fall foul of the law.

We checked in with legal expert Abdullah Ishnaneh, partner at Ahmad Bin Hezeem & Associates LLP, to find out more about the things you might not realise could land you in hot water in the UAE.

More…
*What are the laws when it comes to charity and volunteering in the UAE?*
*Dubai’s traffic offence laws are relaxing a bit* 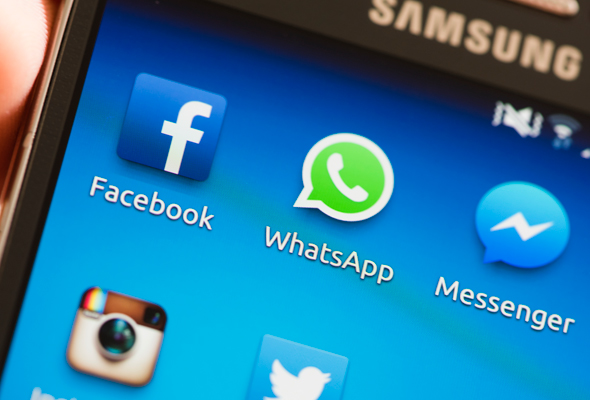 Not only is it a criminal offence to drop an F-bomb in public, but it’s also against the law to use abusive language in WhatsApp messages – and that includes the ‘middle finger’ emoji. Under the UAE’s cyber crime laws, anyone convicted faces a fine of up to Dhs500,000, a prison sentence, and deportation.

Case study: In 2015, a man was initially fined Dhs3000 for swearing at a colleague over WhatsApp, but prosecutors later appealed the verdict, saying he should face a fine of up to Dhs250,000 or imprisonment. While the content of the message was not made public, it was described as ‘insulting words’.

Legal expert says: “The UAE Federal Law on Combating Cyber Crimes is relatively new and contains severe punishments. In addition to imprisonment and hefty fines, anyone found guilty of committing any of the crimes listed in the law also faces deportation.

“Article 20 states that slander, using abusive language, or insulting another person or entity using a computer network or any information technology means is a punishable crime. In addition, the Court of Cassation recently found that WhatsApp falls within the definition of ‘information technology’.

“With a punishment of imprisonment and a fine of up to Dhs500,000, it is best to avoid any sort of negative or insulting comments on all social media platforms, emails and WhatsApp.” 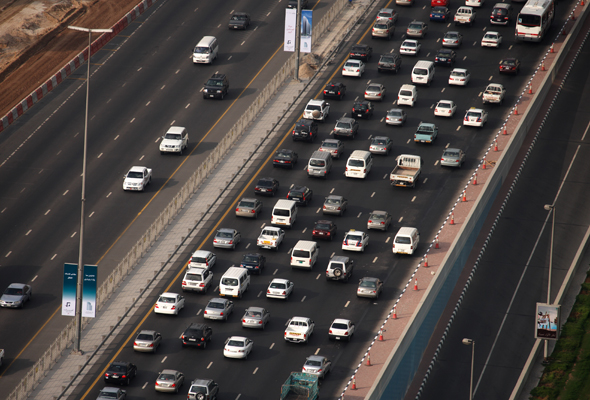 While curiosity might get the better of some rubberneckers, the UAE’s Ministry of Interior says snapping photos or videos of traffic accidents and circulating them on social networking sites is a violation of the law. It’s also illegal to post images or videos of aviation accidents, with those found guilty facing up to life imprisonment and/or a fine between Dhs50,000 and Dhs3 million, as well as deportation.

Case study: When an Emirates Boeing 777 crash-landed at Dubai International Airport in 2016, the General Civil Aviation Authority warned witnesses that sharing images of the accident was “irresponsible and disrespectful to the victims, and is punishable under UAE law”.

Legal expert says: “Sharing videos or photos of accidents may be considered a breach of several articles of law, including the obstruction of justice or an ongoing investigation. It is advisable to avoid sharing videos and photos of any accident in order to avoid facing criminal and civil liability. It is also a simple human courtesy to respect the privacy of those involved in any accident.” 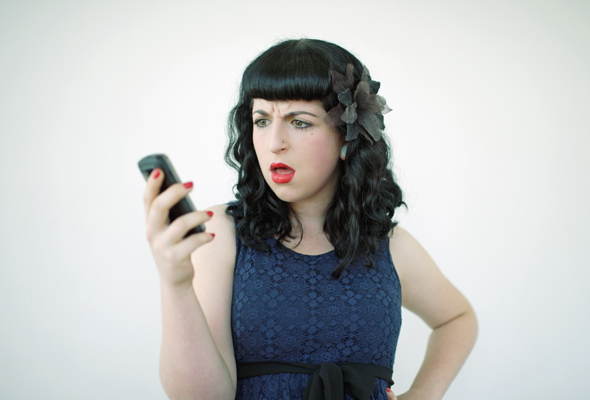 In the UAE, it’s illegal to “use a computer network and/or electronic information system or any information technology for the invasion of privacy of another person” – and that includes snooping on your spouse. The crime could land you up to three years in jail, in addition to a fine ranging from Dhs100,000 to Dhs300,000.

Case study: In 2016, a woman in Ajman was found guilty of breaching the privacy of her husband after she transferred photos from her husband’s phone to hers via WhatsApp because she suspected he was having an affair. The woman was fined Dhs150,000 and deported.

Legal expert says: “While there is no article which explicitly incriminates a person for checking the phone of their spouse, there are several articles within the Federal Law on Combating Cyber Crimes and the Criminal Code which addresses the issue of invasion of privacy.

“The UAE law on Combating Cyber Crimes states in Article 2: ‘Shall be punished by imprisonment and a fine not less than Dhs100,000 and not in excess of Dhs300,000 or either of these two penalties whoever gains access to a website, an electronic information system, computer network or information technology means without authorisation or in excess of authorisation or unlawfully remains therein.'” 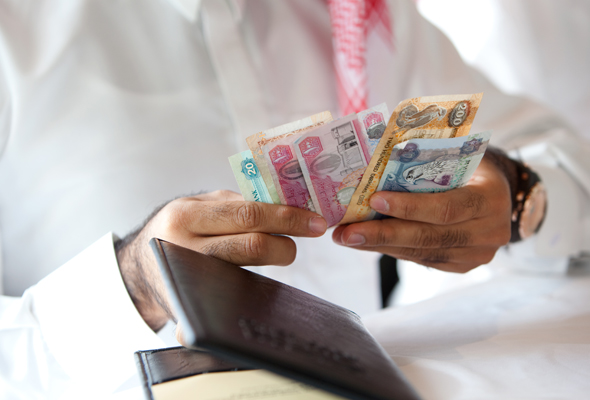 Publicising a fundraiser on social media and appealing for donations without permission is against the UAE’s Charity Law. Any type of fundraising must first be approved by the Islamic Affairs and Charitable Activities Department, to ensure funds do not end up in the wrong hands.

Case study: Last year, a British/Australian citizen was charged with fundraising without permission when he used social media to recommend a charity drive to buy blankets and tarpaulins for refugees in Afghanistan. He was detained for more than two weeks before the case was dropped.

Legal expert says: “Having to obtain the required authorisation before conducting any type of fundraising, even if for a charitable purpose, is not a new issue. However, failing to do so now might have much more serious implications in light of the aggressive punishments outlined in the Federal Law on Combating Cyber Crimes. The punishments include imprisonment, fines no less than Dhs250,000 and up to 500,000 and deportation.

“It is imperative in any jurisdiction to have laws regulating fundraising in order to ensure that any individual or entity conducting a fundraiser is doing so legally and for a permissible purpose.” 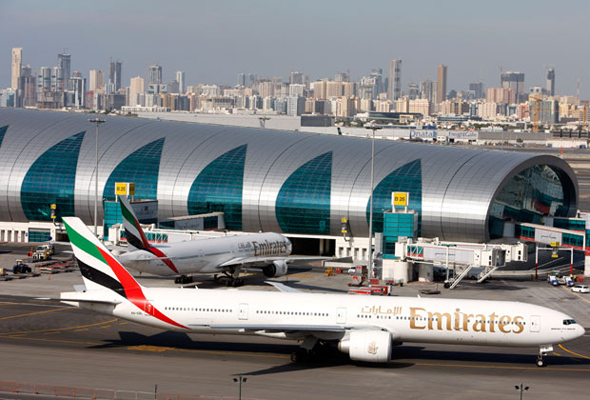 DXB might be a planespotter’s paradise, but if you take a commemorative snap of your aircraft, you’re technically breaking the law. It’s also illegal to take photos of other restricted areas like military buildings, palaces and courts, and doing could land you a jail sentence of up to three months, or a fine of up to Dhs5000.

Case study: In 2015, three British planespotters were sentenced to two months’ imprisonment after they were found guilty of taking photographs of aircraft at Fujairah airport.  The men were arrested on national security grounds, but the men said they had simply wanted to see the older and rarer aircraft at the airport.

Legal expert says: “In most countries, you will find similar laws and regulations which address the issue of entering or photographing restricted areas. We live in a time where we have to be extra cautious of similar crimes and assist the authorities in ensuring the safety of the public.

“You can find many videos and photos taken of a nice aircraft interior for example without it being illegal. It is when such videos and photos are taken without permission, for the wrong purpose or in a restricted area that you find yourself answering to the authorities.”

Taking photos of others (without consent) 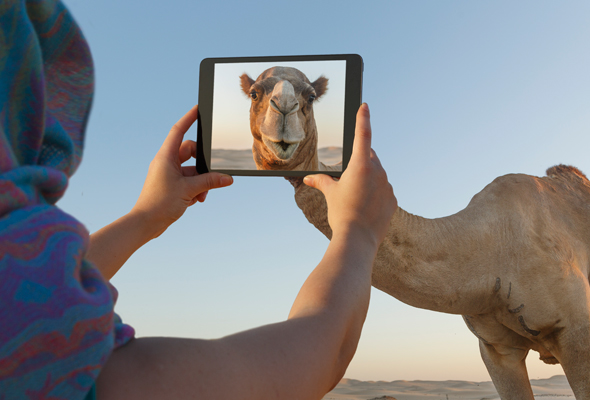 It’s always a good idea to ask for permission before you take someone’s picture, but in Dubai this is a non-negotiable, particularly if you intend to post the photo to social media. Under the UAE’s cyber crime laws, you can be fined up to Dhs500,000 and jailed for six months if someone objects to your sneaky snap.

Case study: Last year, a Dubai resident uploaded a video to Instagram which clearly identified billionaire Balwinder Sahni’s Rolls Royce, parked in a disabled bay. Sahni filed a case against the man after the video went viral, but later dropped the charges.

Legal expert says: “It is no surprise that there are laws protecting the privacy of the public, as no one wants their picture made public without their knowledge or consent. If you intend to take a photo or video of a crime, it is advisable to only share it with the authorities, or you yourself could be facing jail time, fines and deportation.” 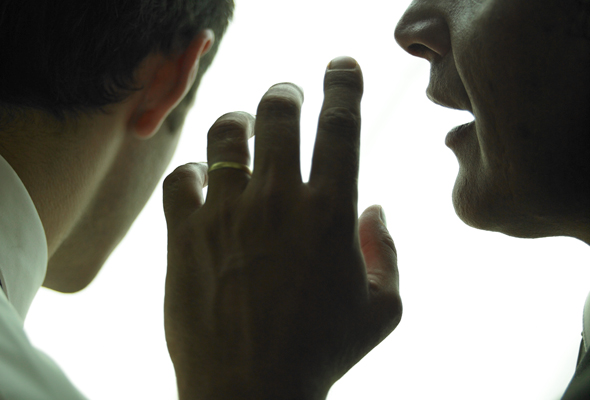 Guilty of being a gossip? Well, you’d better make sure you’ve got your facts right, because spreading false rumours – especially those posted to social media – could land you in jail for up to three years, with a fine of up to Dhs1 million.  The penalty can be imposed on those who knowingly spread misinformation that could harm the public interest or disturb the peace.

Case study: During the 2016 floods, photos and videos of the damage were circulated widely around social media – and naturally, some of them were fake. Officials said spreading these “rumours” was irresponsible behaviour, and declared it was illegal to post negative images of the storm.

Legal expert says: “In order to avoid chaos and public disorder, it is advisable to keep the task of warning the public of any potential danger to the authorities. When an individual takes it upon themselves to start sharing and forwarding photos and videos of any sort, without being allowed to do so and without confirming authenticity, they are putting themselves at risk of breaching the law.

“Moreover, when photos and videos being circulated relate to a public hazard, you are also interfering with, and obstructing the authorities from doing their job.”

The information contained in this story was correct as of May 2017.

News
EDITOR’S PICKS
Here's the full list of UAE public holidays in 2023
READ MORE
23 incredible things to look forward to in the UAE in 2023
READ MORE
Hidden gems: 10 UAE desert pop-ups to discover this winter
READ MORE
Where to travel in 2023: 10 new flight routes from the UAE
READ MORE
MOST POPULAR
Enjoy Dazzling art, entertainment and dining at this Abu Dhabi festival
The best outdoor cinemas in Dubai
A new Van Gogh experience is coming to Theatre of Digital Art
Dubai's 122nd floor restaurant, At.mosphere, has a stunning new look
Good news: You can now get Joe and the Juice delivery in Dubai
YOU SHOULD CHECK OUT
Our website uses cookies and other similar technologies to improve our site and your online experience. By continuing to use our website you consent to cookies being used. Read our privacy policy here.