They’re already the proud owners of the Guinness World Record for forming the UAE’s flag with the largest number of cars and the heaviest aircraft pulled by human force. And now the Dubai Police have added another feat to the list; for completing the World’s Longest Wheelie on an ATV.

The world record attempt, broken by Captain Abdulla Hattawi, a member of the Dubai Police Stunt Team, was carried out over the Dubai Motorbike festival.

The longest wheelie on an ATV record now stands at an impressive 60km. 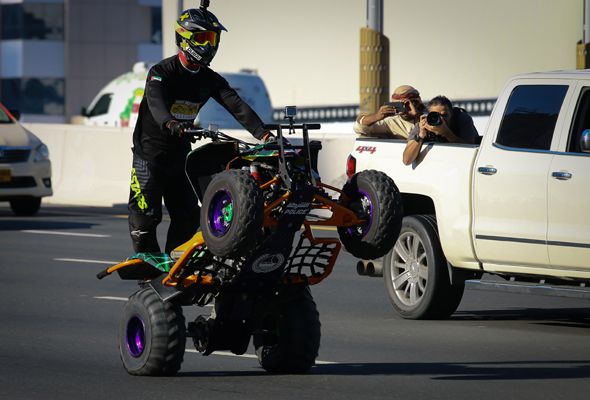 Starting from Ghantoot, and continuing down Sheikh Zayed Road to Dubai World Trade Centre, the stuntman was guided by an impressive convoy of Dubai Police and Dubai Police super cars.

The stunt was then followed by over 300 bikers from motorcycle clubs around the region. 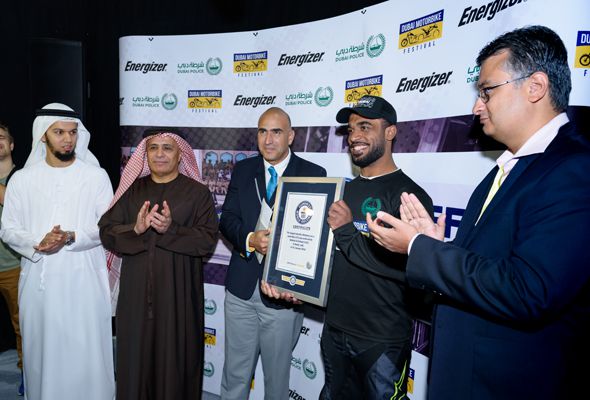 Speaking of his achievement, Captain Abdulla Hattawi said, “I’m so proud to now be the Guinness World Record holder for the World’s Longest Wheelie on an ATV and to achieve another Guinness World Record for Dubai Police. It was an amazing experience and thank you to everyone who has supported us”.

News
Sport & Fitness
EDITOR’S PICKS
So, when is the next UAE public holiday in 2021?
READ MORE
All of the lavish new hotels set to open in Dubai in 2021
READ MORE
16 of the best pool passes in Dubai that are fully redeemable
READ MORE
All of the restaurants at West Beach, Palm Jumeirah
READ MORE
MOST POPULAR
Celebrate Christmas early with these 'Halfway to Christmas' brunches
Pics of the week: Your best photos of the UAE
What’s On The Bookshelf: Rom-coms great for reading on the beach
Book your holiday package from Dhs1,399 per person with Holidays by flydubai
Immersive cabaret concept The Theater Dubai opens its doors
YOU SHOULD CHECK OUT
Our website uses cookies and other similar technologies to improve our site and your online experience. By continuing to use our website you consent to cookies being used. Read our privacy policy here.