Course records were smashed in both the men’s and women’s races.

Ethiopian runner Mosinet Geremew took home the US$200,000 prize at this weekend’s Dubai Marathon, in what has been described as one of the most thrilling finishes in marathon history.

The 25-year-old – who entered the race just days before – set a new course record with his impressive time of 2 hours and 4 minutes. But he was forced to sprint across the finish line, with four more runners finishing within eight seconds of his time. Phew! 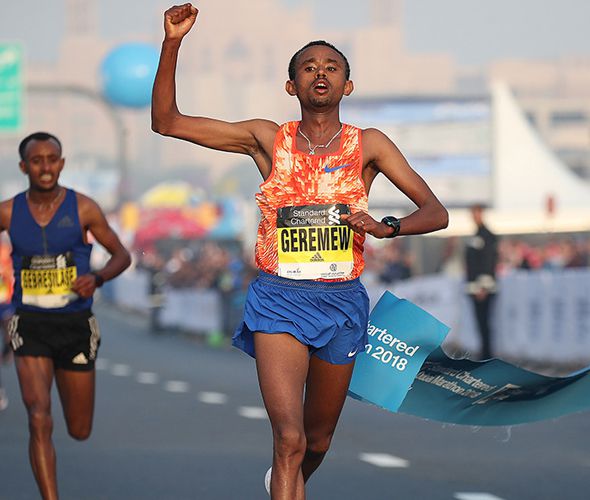 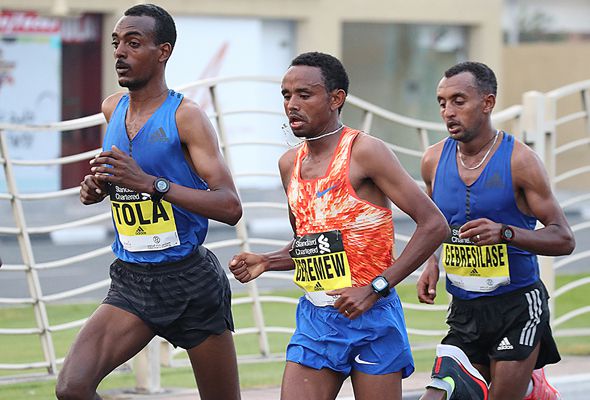 In all, seven runners in the men’s race clocked sub 2 hours and 5 minutes – a unique result in world marathon history. 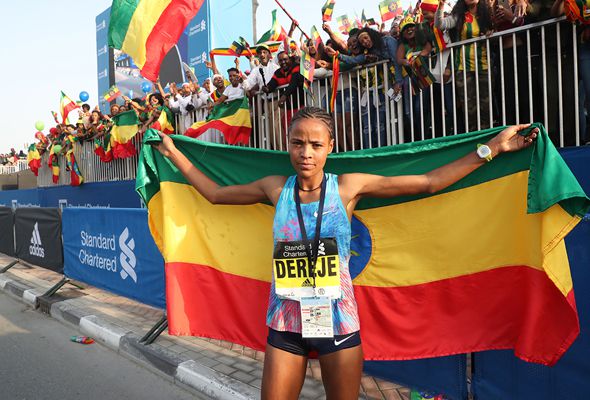 Such was the standard of the competition that defending champion Worknesh Degefa smashed her personal best by more than two minutes yet still missed out on a place on the podium.

In the wheelchair races, it was a Swiss double with “Silver Bullet” Marcel Hug winning the men’s title with a time of 1 hour, 25 minutes and 14 seconds and compatriot Sandra Graf taking the women’s gold in 1 hour, 45 minutes and 13 seconds. 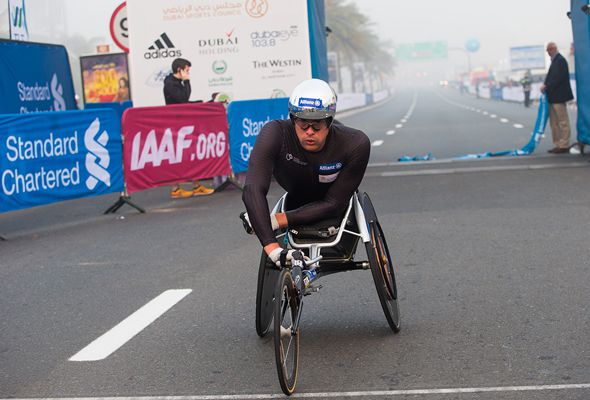 More than 30,000 runners took part in this year’s marathon, 10km road race and 4km fun run, which has been dubbed the biggest mass participation sporting event in the Middle East.

News
Sport & Fitness
EDITOR’S PICKS
Ramadan in Dubai: 40 iftars to try
READ MORE
Where can Dubai residents travel? Check out these 14 destinations
READ MORE
Rumours, facts and reveals: New Abu Dhabi bars and restaurants
READ MORE
UAE announces reduced working hours for Ramadan 2021
READ MORE
MOST POPULAR
Sheraton Mall of the Emirates has a lot to offer this Ramadan
Looking for a cosy long stay residence in Dubai? Check this out...
Have you spotted the new Talabat Patrol team on Abu Dhabi roads?
Iftar home delivery for one? Here are some options...
Stunning Australian restaurant Hunter & Barrel is now open
YOU SHOULD CHECK OUT
Our website uses cookies and other similar technologies to improve our site and your online experience. By continuing to use our website you consent to cookies being used. Read our privacy policy here.