Heads up, a new bridge is set to open in Downtown tomorrow

This should make it easier to beat the traffic…

The Roads and Transport Authority (RTA) says the two-lane, one-way bridge will extend 480 meters across the Dubai Canal. 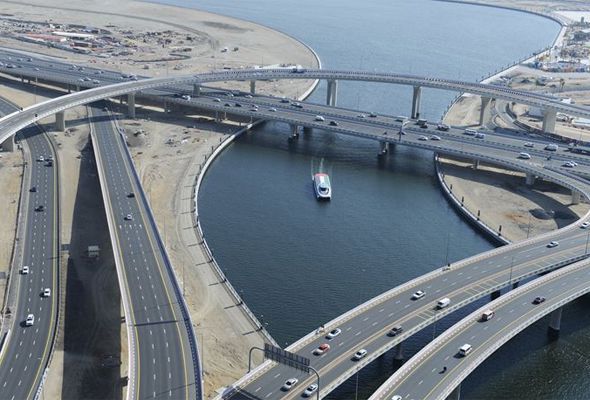 ALSO READ:
Reminder: Motorists can get 50 per cent off traffic fines until March 2018
Two key Dubai roads will have their traffic diverted until July 2018

The project, which starts from the intersection of Ras Al Khor and Al Khail Roads, widens the existing road with the addition of two new lanes.

The new bridge will then allow traffic to flow directly from the Dubai – Al Aid Road to Al Khail Road via the upper deck of Financial Center Street.

The works also include a new entry point for the parking terminal of the Dubai Mall extension. 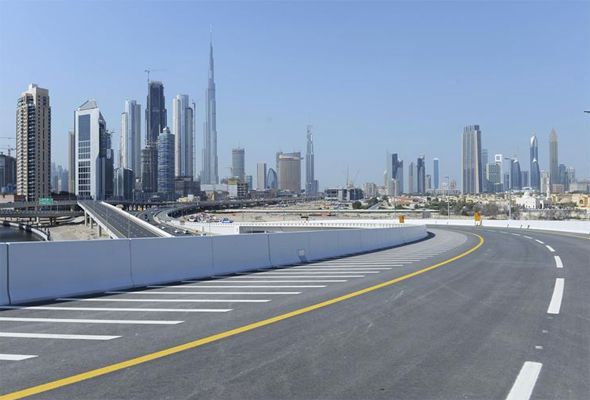 “The project will ease the flow of traffic along the Financial Centre Street and surface intersections, thus easing the pressure on the intersections of Mohammed bin Rashid Boulevard.” explained RTA officials.

It’s also expected to raise the capacity of the road to 4,500 vehicles per hour during peak hours.

The construction is part of a larger plan to accommodate the massive expansion of The Dubai Mall. The ongoing Dubai Mall developments will add an additional fashion department besides the existing mall, as well as 25,000 square meters of parking space.

News
Transport
EDITOR’S PICKS
13 Sheikh Hamdan-approved restaurants in Dubai
READ MORE
Dubai brunches temporarily banned in new preventative measures
READ MORE
12 upcoming Dubai mega-projects we can't wait for
READ MORE
16 of the best beach bars in Dubai for sundowners
READ MORE
MOST POPULAR
St Patrick's Day 2021: The best deals and celebrations in Dubai
Dubai Police add a new supercar to their fleet
Run even faster with Under Armour's groundbreaking new trainers
Dubai Culture to grant 1,000 long-term cultural visas
This Abu Dhabi island brunch offers an amazing family friendly escape
YOU SHOULD CHECK OUT
Our website uses cookies and other similar technologies to improve our site and your online experience. By continuing to use our website you consent to cookies being used. Read our privacy policy here.