Already home to the Burj Khalifa, the current world’s tallest tower, Dubai is set to get another, taller one by 2020- the 928 metre tall Dubai Creek Tower.

Ground was first broken on the new icon, in the heart of the new 6 square kilometre Dubai Creek Harbour, back in October 2016.

Since then, it’s been coming on nicely, and the visit from HH Sheikh Mohammed marks a milestone in the construction of Dubai Creek Tower. Over 50 per cent of the pile cap has now been finished with completion scheduled for mid-2018. To date, about 25,000 cubic meters of concrete has been poured, weighing about 60,000 tonnes and around 12,000 tonnes of steel reinforcement has also been placed. That’s nearly twice the weight of the Eiffel Tower. 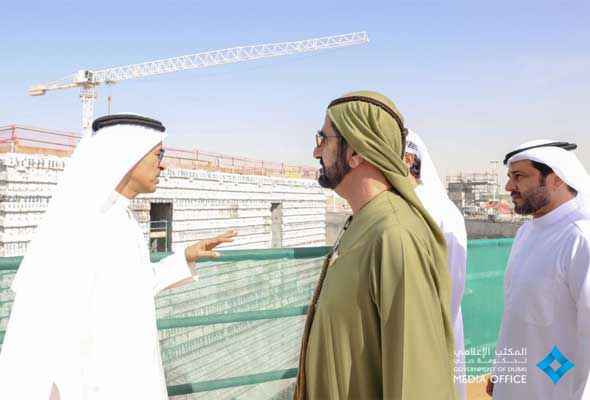 ALSO READ:
Watch: Check out how Dubai’s next tallest tower is coming along

When complete, Dubai Creek Tower will feature several observation decks such as the Pinnacle Room and VIP Observation Garden Decks.

The Tower is inspired by a blooming lily and will be an architectural and engineering marvel due to its eye-catching slender design, the delicate mesh-like structure around it – and of course, its mammoth size.

Culture
News
EDITOR’S PICKS
UAE holiday dates announced for National Day
READ MORE
Emirates Dubai 7s is back: Here's why we're excited...
READ MORE
Tennis ace Andy Murray to play at Mubadala World Tennis Championship
READ MORE
UAE 50: Where to watch National Day fireworks in Dubai
READ MORE
MOST POPULAR
RTA announces free parking in Dubai for National Day
Everything you need to know about Emirates Dubai 7s
Marriott Downtown: Half price brunch, spa and dining for Jubilee weekend
6 cool things to do in Abu Dhabi this week: Nov 28 to Dec 1
Travelling from UAE to UK? You'll now need to take a PCR test on arrival
YOU SHOULD CHECK OUT
Our website uses cookies and other similar technologies to improve our site and your online experience. By continuing to use our website you consent to cookies being used. Read our privacy policy here.