We can already tell it’s going to be stunning…

The Founder’s Memorial, a permanent tribute to Sheikh Zayed bin Sultan Al Nahyan, has been unveiled in a grand ceremony in Abu Dhabi.

An art installation called “The Constellation” forms the centrepiece of the memorial. The design by public artist Ralph Helmick comprises 1,300 geometric shapes and 1,000 cables, which create a three-dimensional portrait of the late leader.

At night, these shapes will shine like stars, evoking the timelessness of Sheikh Zayed’s vision as a guiding light for the UAE people. 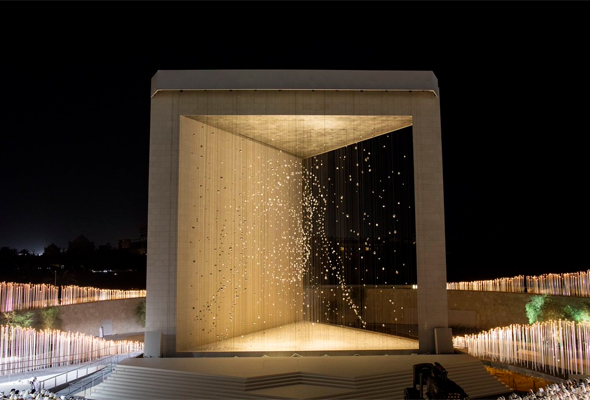 ALSO READ:
2018 will be the Year of Zayed in the UAE: What does that mean?
Here are 9 great quotes from Sheikh Zayed, the founder of the UAE…

The unveiling ceremony was attended by members of the UAE’s royal families, ministers, dignitaries, and VIPS.

HH Sheikh Mohammed bin Rashid Al Maktoum, vice president of the UAE and ruler of Dubai, said: “Zayed’s legacy will have a never-ending source of wisdom from which future generations draw inspiration as well as lessons of patriotism and dedication.

“The Founder’s Memorial will continue to testify to the achievements of the founding leader and the sacrifices he made. His legacy is filled with stories of loyalty to the homeland, and it places a responsibility on us and on future generations to safeguard the gains, and build on the success stories so that our homeland remains a symbol of dignity and development.” 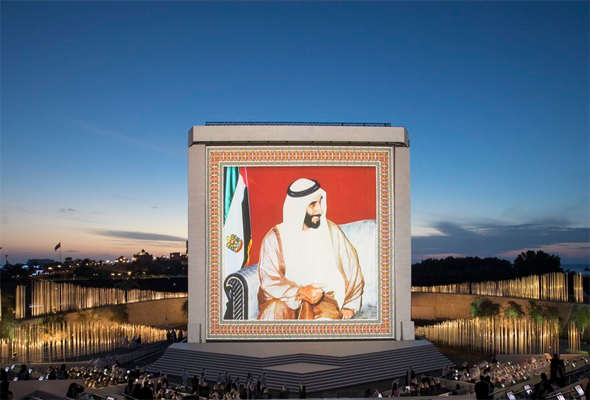 The Founder’s Memorial, located at the intersection of 1st and 2nd street along the Abu Dhabi Corniche, will officially open to the public in spring.

It has been described as a place of gathering for the UAE community to explore, contemplate and find moments of pause, while enabling international audiences to learn more about Sheikh Zayed; the man and the leader.

The site will consist of 3.3 hectares of public space for walking and quiet reflection.

Landscaped areas will be planted with trees and shrubs indigenous to the Arabian Peninsula, and there will be an elevated walkway offering views of The Constellation, the Corniche and the Abu Dhabi skyline.

News
EDITOR’S PICKS
UAE holiday dates announced for National Day
READ MORE
Emirates Dubai 7s is back: Here's why we're excited...
READ MORE
Tennis ace Andy Murray to play at Mubadala World Tennis Championship
READ MORE
UAE 50: Where to watch National Day fireworks in Dubai
READ MORE
MOST POPULAR
Etihad up to 50 per cent sale for National Day now on
First look: Indego By Vineet reveals an eye-catching revamp
Abu Dhabi: Free parking and Darb dates for Jubilee celebrations
Abu Dhabi events updates: Green Pass not required for tourists
UAE petrol prices announced for December 2021
YOU SHOULD CHECK OUT
Our website uses cookies and other similar technologies to improve our site and your online experience. By continuing to use our website you consent to cookies being used. Read our privacy policy here.