The ruler of Dubai has done it again…

A woman had an unexpected encounter with HH Sheikh Mohammed bin Rashid Al Maktoum after her car became stuck in the Dubai desert.

Hanna Karen Arroyo said the Dubai ruler and his crew came to her assistance when she and her friend were unable to tow their car out of the sand.

“My friend and I got stuck on the desert of Dubai and we got rescued by HH Sheikh Mohammed bin Rashid,” she wrote on Twitter.

My friend and I got stuck on the desert of Dubai and we got rescued by HH Sheikh Mohammed bin Rashid. pic.twitter.com/k3r7s0z05D

Afterwards, the Dubai ruler posed for a picture with Hanna and her friend, as well as another motorist who had tried to help.

It’s not the first time Sheikh Mohammed has saved the day in the Dubai desert.

Last year, photos emerged of the ruler coming to the rescue of a trio of cyclists who became stranded in the Al Qudra desert after one of their bikes broke. 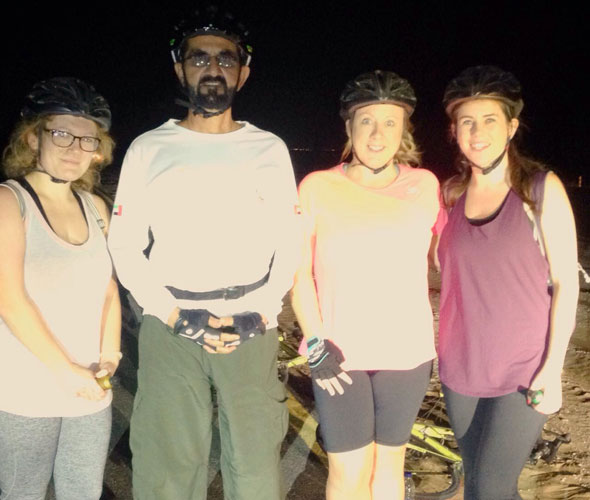