A new British gastropub has replaced Axe House in JLT

Axe House left behind a craft beer and pub grub shaped hole when it abruptly closed its doors in September, but a new British gastropub has opened in JLT to fill that void.

Occupying the space left behind by Axe House, Hoxton is described as an urban bar and eatery and opens daily from noon until 2am.

Although we don’t know much about the new spot, the first images released of the newly opened JLT gastropub indicate that few interior changes have been made. 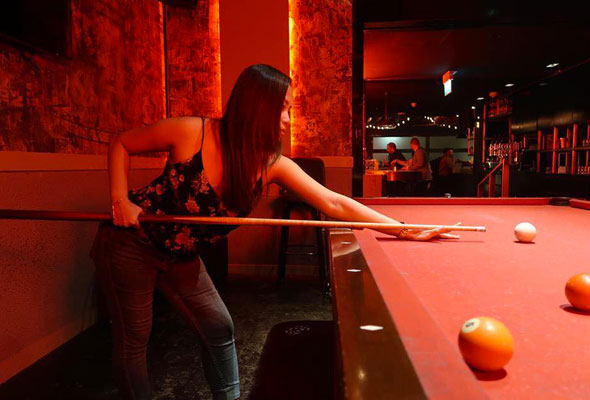 We’re also looking forward to finding out how many, if any, changes have been made to the menu. The new gastropub is already advertising a weekly set menu from 2pm to 2am daily priced at Dhs125.

Hoxton is the latest in a string of recent Dubai openings. It’s hot on the heels of the openings of restaurants such as Villamore on The Palm, Mamazonia in Dubai Marina and Hell’s Kitchen on Bluewaters island.

Eat & Drink
EDITOR’S PICKS
Ain Dubai will open with fireworks, live music and a drone show
READ MORE
Incredible Aura SkyPool to open in Palm Tower this November
READ MORE
Brit Grand Slam hero Emma Raducanu confirmed for Mubadala Tennis
READ MORE
What’s On Nightlife Awards 2021: Here are the nominees...
READ MORE
MOST POPULAR
Review: Niri Restaurant and Bar, Mamsha Al Saadiyat
Harlem Globetrotters are coming to Expo 2020 Dubai this October
New venue Urla brings coastal dining to the heart of Downtown Dubai
The Dubai Moonlight Classic is bringing carnival vibes to the city
6 cool things to do in Abu Dhabi this week: October 24 to 27
YOU SHOULD CHECK OUT
Our website uses cookies and other similar technologies to improve our site and your online experience. By continuing to use our website you consent to cookies being used. Read our privacy policy here.