Make sure these names are on your 2019 reading list…

The line-up for the 2019 Emirates Airline Festival of Literature has been announced, and it features everyone from famous crime writers to former presidents.

Now in its 11th year, the festival will take place from March 1 to 9, and will play host to some pretty big names. Tickets are on sale now.

Highlights include Mary Robinson, Ireland’s first ever female president and author of Climate Justice: Hope, Resilience, and the Fight for a Sustainable Future.

Meanwhile Jane Hawking will be discussing her memoir about her marriage to the late physicist Stephen Hawking, Travelling to Infinity, which inspired the 2014 biopic The Theory of Everything.

Jeff Kinney, the author of Diary of a Wimpy Kid, will also make an appearance, while fans of Shaun the Sheep and Thunderbirds Are Go will be able to catch the writers behind those TV shows.

Who else is coming? Here’s who we’re excited to see (for the full line-up, you can visit emirateslitfest.com).

One of the world’s most famous crime fiction writers, Ian Rankin is best known for his novels about Inspector Rebus and detective Malcolm Fox.

Matt Dickinson is a writer and filmmaker with National Geographic, Discovery Channel, and the BBC on his CV. He became one of the first British filmmakers to film on the summit of Everest, and wrote an autobiography based on the expedition called The Death Zone. He’s also written several books for younger readers, including The Everest Files series.

London-based Australian cookbook writer Kate Young created The Little Library Cookbook, which features a collection of more than 100 recipes based on her favourite books.

Mark Huckerby and Nick Ostler are an Emmy Award-winning screenwriting duo behind TV shows including Danger Mouse, Thunderbirds Are Go, Peter Rabbit and Shaun the Sheep.

One of the co-hosts of the Business Breakfast on Dubai Eye, Brandy Scott will be discussing her debut novel, Not Bad People, out now.

A respected science journalist and broadcaster, Sue Nelson is the author of the biography Wally Funk’s Race for Space: The Extraordinary Story of a Female Aviation Pioneer.

Scottish author and high school philosophy teacher Pamela Butchart is behind colourful titles such as The Spy who loved School Dinners and My Head Teacher is a Vampire Rat.

Omar Saif Ghobash is an Emirati author and diplomat who wrote Letters to a Young Muslim. He is currently the UAE’s ambassador to France, and previously served as the UAE ambassador to Russia. He speaks six languages. 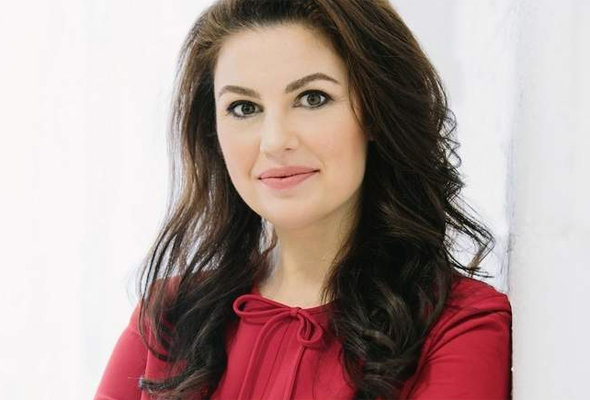 Karen Osman is a Dubai-based writer and entrepreneur who is best known for her psychological thrillers, The Good Mother and The Home.

If you like history then it would be worth checking out Patricia Vigderman, who wrote The Real Life of the Parthenon. Vigderman is also a translator and former magazine editor.

Culture
EDITOR’S PICKS
UAE holiday dates announced for Eid Al Adha
READ MORE
Emirates extends suspension of flights from India to UAE again
READ MORE
Coming soon: Everything we know about Ain Dubai so far
READ MORE
Khorfakkan set to open new tourist attraction 580 metres above sea level
READ MORE
MOST POPULAR
A cool new hotel is opening in Jumeirah Village Circle in September
Resident returning to the UAE? Here's the approval form
WizzAir Abu Dhabi will start flying to Italy with fares from Dhs129
Get two-for-one on Friday brunch at this popular Dubai pub
Spend the summer at this awesome new Surf Shack pop-up
YOU SHOULD CHECK OUT
Our website uses cookies and other similar technologies to improve our site and your online experience. By continuing to use our website you consent to cookies being used. Read our privacy policy here.