The book,”My Story”, includes 50 stories of the Dubai ruler’s 50 years of service to the nation…

This year, HH Sheikh Mohammed bin Rashid Al Maktoum, Vice President and Prime Minister of the UAE and Ruler of Dubai, celebrates 50 years service to the nation, and to mark the milestone event, the ruler, a passionate poet and writer, released a new book titled ‘Qissati’ which translates to ‘My Story’.

It includes 50 different stories from the Dubai ruler’s 50 years of service to the nation, including his conversations with the US and personal stories such as conversations he had with his mother when he was a young boy.

The book was released in Arabic at the start of the year, but an English version has also been released.

Sheikh Mohammed confirmed the release in a tweet sent out earlier this week.

We came from humble beginnings but we have high and noble aspirations.

I share our journey from the past to the future in this, my new book… pic.twitter.com/JIy08SeqFZ

This book is one of many that needs to be at the top of your reading list for 2019, but there are plenty of others. 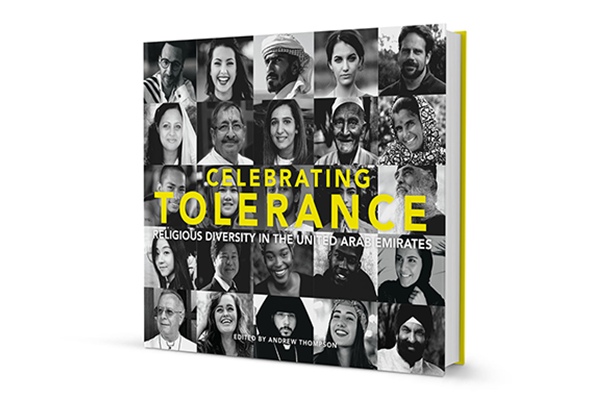 The book is the first of its kind to be published to coincide with the Year of Tolerance.

The first copy of the book was presented to Pope Francis by HH Sheikh Mohamed bin Zayed Al Nahyan, Crown Prince of Abu Dhabi, during his historical visit to Abu Dhabi the first week of February.

The first of its kind book features a chapter on each practicing religion in the UAE, including Islam, Buddhism, Hinduism, Sikhism, and various Christian faiths.

The Reverend Canon Andrew Thompson, who has also authored Jesus of Arabia and Christianity in the UAE, commented, “The UAE has been home to people from diverse faiths. The book aims at celebrating this diversity and building greater understanding amongst communities on different rituals and customs. We have brought together ten faiths including the Baha’i, Buddhist, Hindu, Jewish and the Sikh communities as well as the various sects of the Christian community and we all look forward to creating a more loving and tolerant place for our future generations.”

The book is also the first to recognise the UAE’s Jewish community.

Culture
EDITOR’S PICKS
So, when is the next UAE public holiday in 2021?
READ MORE
All of the lavish new hotels set to open in Dubai in 2021
READ MORE
16 of the best pool passes in Dubai that are fully redeemable
READ MORE
All of the restaurants at West Beach, Palm Jumeirah
READ MORE
MOST POPULAR
Abu Dhabi to relax certain rules in nurseries
Review: No. FiftySeven Boutique Café inside Mall of the Emirates
Al Ain Raceway temporarily closed after freak storm on Saturday
UAE 50: Here's your chance to have your photographs published in a coffee-table book
Get Dhs2 ladies' nights, brunches and cinema tickets
YOU SHOULD CHECK OUT
Our website uses cookies and other similar technologies to improve our site and your online experience. By continuing to use our website you consent to cookies being used. Read our privacy policy here.