Celebrating Tolerance: Religious Diversity in the United Arab Emirates covers the topic of faith diversity and the spirit of tolerance in the UAE… 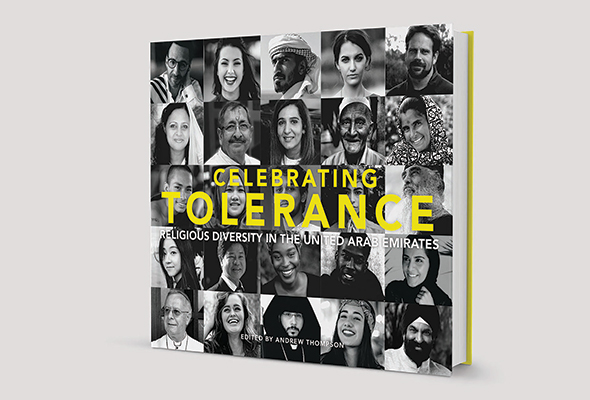 The book covers the subject of inter-faith communities and the spirit of tolerance in the UAE.

It features a chapter each on practicing religion in the UAE, including Islam, Buddhism, Hinduism, Sikhism, and various Christian faiths and is the first of it’s kind to recognise the UAE’s Jewish community.

The UAE Minister of Tolerance, His Excellency Sheikh Nahayan Mabarak Al Nahayan, who also wrote the book’s foreword presented the book to Pope Francis in Abu Dhabi during his historic visit to UAE earlier in February.

The release of the book also came out in time for the Year of Tolerance. 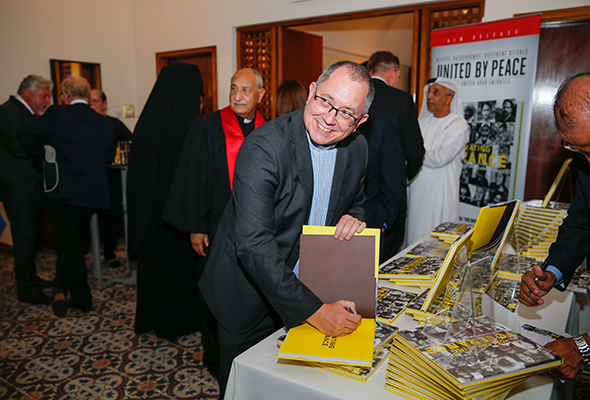 What’s On chats to Andy to learn more…

What initially prompted you to write the book? The book has taken two years to gather and it was prompted by the setting up of the UAE’s Ministry of Tolerance. We had no idea then that it would come out in time for the Year of Tolerance and for a Papal visit.

What do you want readers to take away with them? Our overall aim is for people to appreciate the diversity of the community in the UAE. With so much bad news coming out of the Middle Eastern region and the West with regards to intolerance and hostile relationships, we want to celebrate good news. This book presents an alternative narrative, which I pray will give people hope that religious communities can play a key role in creating a harmonious and peaceful society.

Sheikh Nahayan, the Minister of Tolerance presented the first copy of the book to Pope Francis on February 4, 2019. How does that make you feel? I can only shake my head in disbelief. The possibility of the book being presented to the Pope by a significant member of the ruling family of the UAE is just simply incredible. I am deeply thankful.

The book features 10 faiths. Did you make any surprising discoveries about the other faiths? I actually knew very little about other faiths besides my own and Islam, so the whole book was a time of personal growth and experience. Some of the communities welcomed me to experience their worship services, which I found both humbling and moving. The world is a big place and doing this project reminded me of how little I do know. The most important thing I learned is that all peoples are trying to make sense of the world they live in and are seeking ways to connect with something that is bigger than themselves. 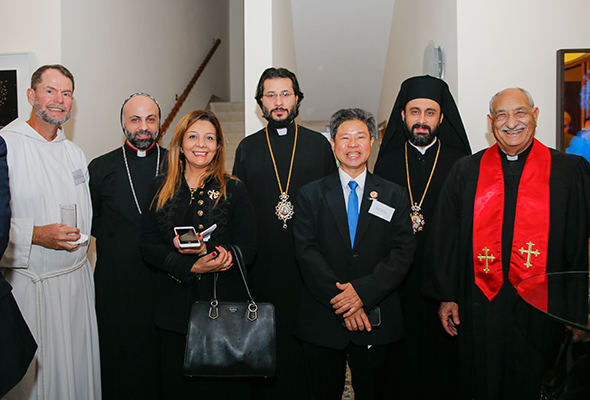 In the book, you mention the most universal value is love. Can you explain this? Scripture tells us that the core value of the creator of the universe is love. There is a universal yearning for an ideal which would be lived and experienced through the prism of love. The biggest question then is ‘’Why do we not experience love more?’’ and this is a question that each religion tries to address in their own way. Speaking as a Christian, I absolutely believe that love is the path we are all called to walk.

Celebrating Tolerance: Religious Diversity in the United Arab Emirates is available to order via booksofarabia.com for Dhs145.