And not everyone is happy about it…

In May 2018, Jumeriah announced that its legendary 360° alfresco bar would close after 13 years of operation, with no intention of reopening in its original form.

Since then, little information has been given on what will replace the famous bar, which was found on the end of a pier between Jumeirah Beach Hotel and Burj Al Arab.

But now it would appear some progress is being made at the location. Several luxury property websites are currently advertising a new off-plan development which looks to be taking over the space. Called ‘The Exclusive 9’, the project appears to be situated next to Burj Al Arab, where popular rooftop bar, 360°, used to be. 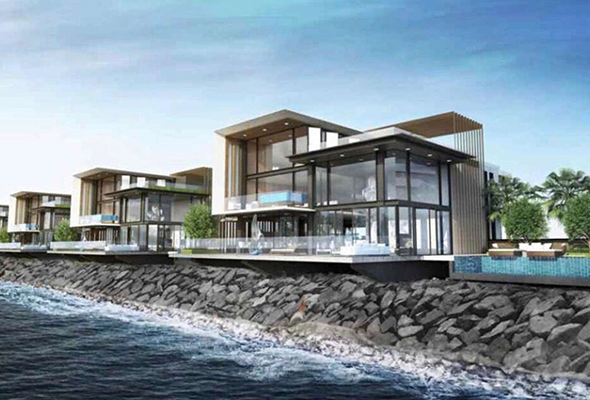 According to luxuryproperty.com, the development will be created by master developer Meraas, and will feature a cluster of nine lavish mansions, each with three storeys equating to 8,000 square feet on 15,000 square foot plots. Each mansion will have a terrace, swimming pool, beach access, landscaped garden and yacht dock.

The price of these properties are valued from Dhs40,000,000, and handover is projected for October 2021.

The location of the project is directly in front of Sunset Beach, an area popular with Dubai’s surfing community. A new petition has been created on change.org in a bid to stop any further development work which will affect the waves on this beach – which is widely regarded as Dubai’s last natural surfing beach.

The petition currently has over 10,000 signatures.

News
EDITOR’S PICKS
Exclusive Reveal: Topgolf Dubai is here and ready for action
READ MORE
65 of the best outdoor bars and terraces in Dubai
READ MORE
7 brilliant dining deals in Dubai this month
READ MORE
18 of Dubai's most Instagrammable breakfast spots
READ MORE
MOST POPULAR
London to Dubai: You'll soon be able to hail a black cab from DXB Airport
Covid-19 travel update: Emirates announces more flight suspensions
Expo 2020 tour: here's how you can book a visit to the pavilions
In pics: 13 of your best photos of Dubai's incredible fog this morning
Abu Dhabi updates road entry requirements - January 2021
YOU SHOULD CHECK OUT
Our website uses cookies and other similar technologies to improve our site and your online experience. By continuing to use our website you consent to cookies being used. Read our privacy policy here.