18 photos many people won't believe were taken in Dubai...

Here’s one to send to your friends that think Dubai is a city made up exclusively of skyscrapers and five-star hotels.

Those of you who’ve lived here a while will know how diverse this city is – yes we have sand dunes, and yes we have tall towers and five star hotels, but there are also low rise suburbs, plenty of parks, lakes and more.

So here are some photos that will be familiar to long-time residents, but that many people who don’t know the city well will hardly believe were taken in the UAE (and no, we haven’t used a single photo of Ski Dubai).

This is especially for those people who like to whirl around the city on a two-hour bus tour, and then consider themselves expert enough to write a story that sums up an entire place.

This photo could have been taken in the middle of Africa safari, but it’s actually a snap of Ras Al Khor Wildlife Sanctuary, which is mere minutes from Dubai Mall… 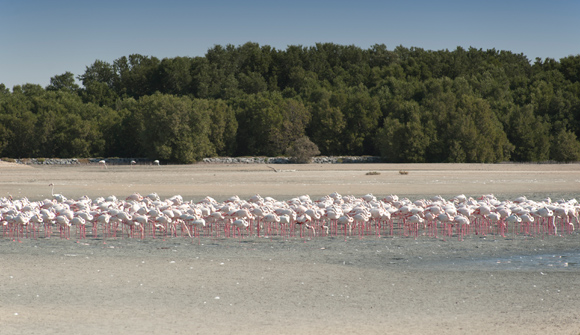 … this photo taken from the opposite angle shows just how close it is to the city: 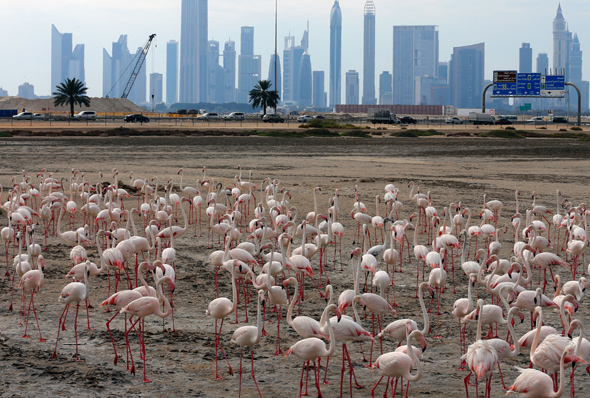 The flamingos land on the Ras Al Khor mud flats during their annual migrations – and while you can see flamingoes there year round, there are far more during the winter. The 6-km-long area is made up of mangroves, lagoons and mud- and salt-flats, and is home to more than 67 species of birds.

The actual wetland area isn’t accessible (for the birds’ protection) but there are viewing ‘hides’ from which you can spy on the thousands of birds that stop there. These are open 9am to 4pm, Saturday to Thursday, but you can also just see the birds from the road, and there’s a slip lane to pull into so you can watch them swoop in and out of the area from your car. 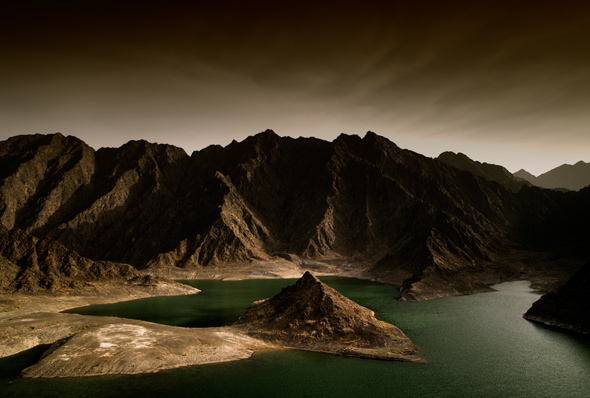 While people tend to think of Dubai’s landscape as monotonous and flat, Hatta, which is part of the Dubai emirate, is actually mountainous. About 100 kilometres from Dubai city, Hatta is in the Hajar mountains and is home to a natural dam (above) as well as many heritage sites, including the Juma Mosque, which was built in the mid 16th century. Drive around the villages and towns of Hatta, and you’ll find plenty of picturesque mosques, as well as hiking and cycling trails. 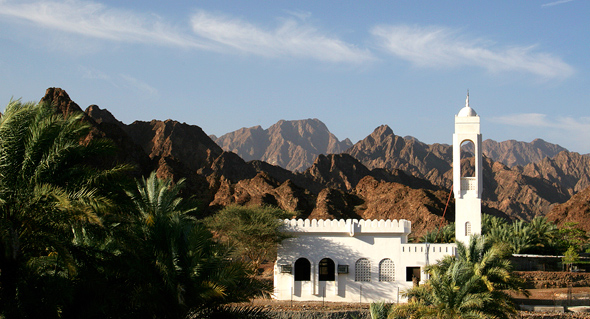 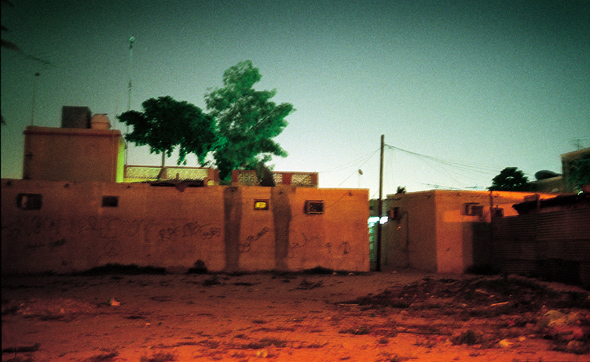 While most travel articles about Dubai write about the sprawling malls, opulent palaces and sparkling skyscrapers (with liberal use of descriptors and metaphors), few mention the small houses that are dotted all around the city – from Khawaneej to Satwa and Umm Suqeim to Al Quoz.

Walk around these neighbourhoods and you’ll find amazing fresh bread shops, locals whose families have lived there for generations, and plenty of impromptu soccer games… 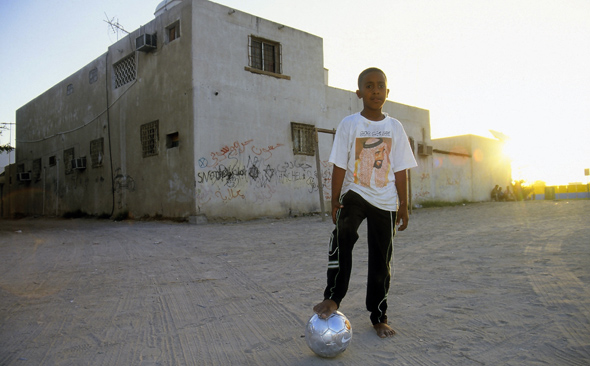 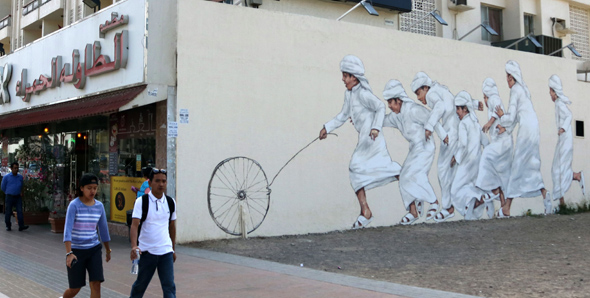 Yes, there are glass covered skyscrapers in Dubai with perfectly manicured driveways – but you know what? There are also low-rise areas where artists with connections to Dubai (whether local or second-gen’ residents) have made their mark via street art.

You’ll find the buildings of Satwa, which is just minutes from the swanky areas of DIFC and Downtown, covered in works that reflect the heritage of the UAE (above and below)… 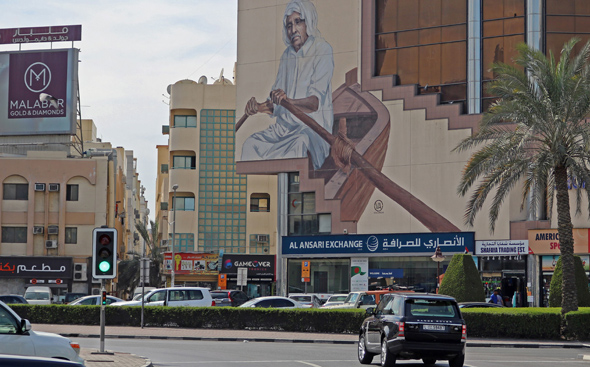 While, in between the fantastic and cheap eateries of the staunchly-low-rise Karama near Bur Dubai, the streets are also splashed in colour: 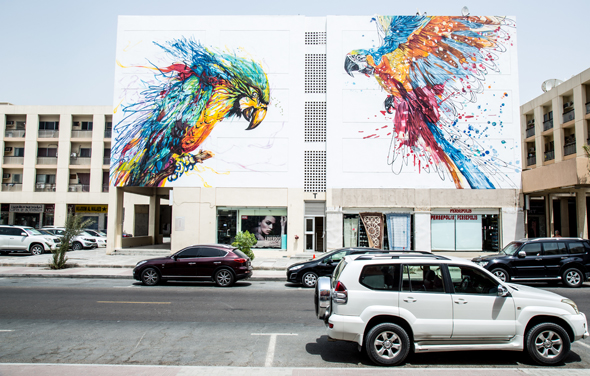 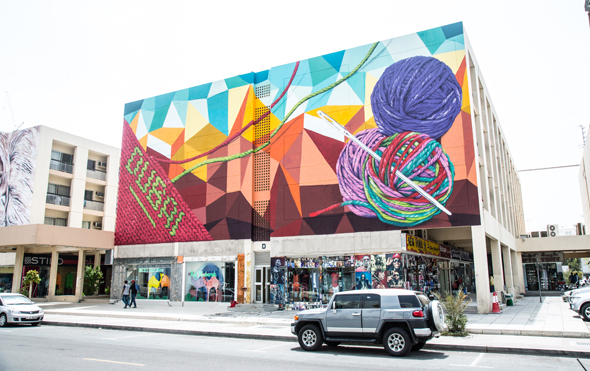 And here’s a snap taken near the old fish market in Deira: 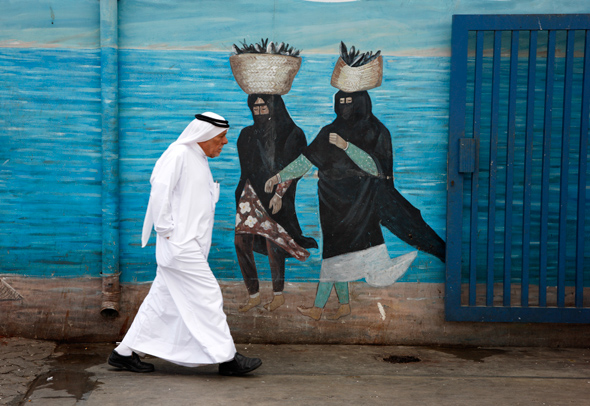 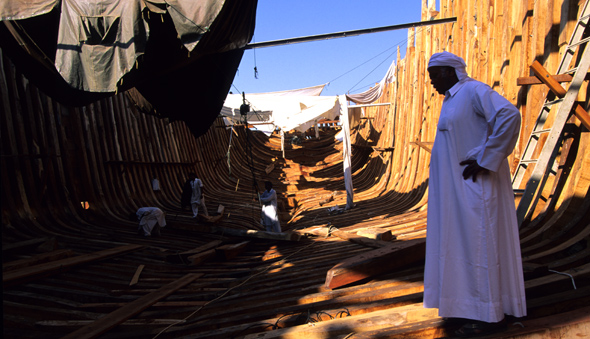 Yes, there are luxury yacht-filled marinas all around the UAE, but in areas like Jaddaf, you’ll find the centuries’ old art of traditional wooden dhow building still in action. Venture into the narrow beachside streets of Jumeirah and you’ll also occasionally stumble upon a boat builder or two just plonked in between residential houses (there’s usually a rooster roaming around the area too).

*IN PICS: An alternative A-Z of Dubai* 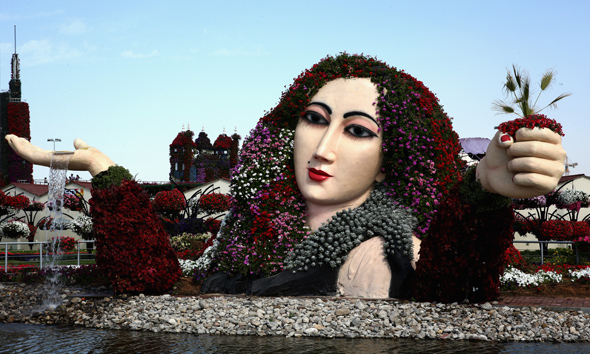 From small community parks (with their free libraries, running tracks and Wi-Fi for all the community to use) to the larger oceanside parks (like Al Mamzar), there are plenty of green spaces in the city that are affordable for people to visit (entry is often free, and if not the fees are a few dirhams a person).

But, picture wise, the green space in Dubai that tends to make people go ‘wow’ is Dubai Miracle Garden (above and below), which is almost unbelievably florid and colourful given the UAE’s desert environment.

Dubai Miracle Garden closes over the summer, and it will reopen soon, we’ll let you know when it does (the entry fee is usually around Dhs30). 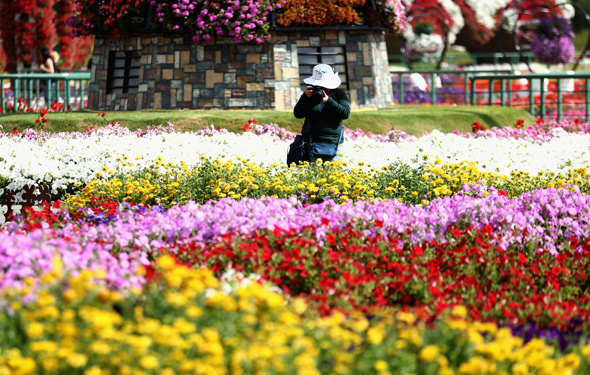 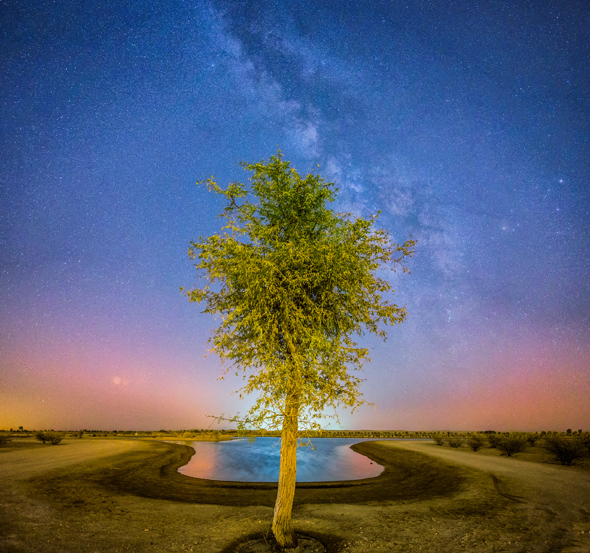 From the city’s astronomy clubs to the new Al Thuraya Astronomy Centre, there’s far more star gazing in the city than people expect. In this pic you can see just how beautiful the night sky can be only 35 minutes drive from the city. This photo was taken by the manmade lakes of Al Qudra, where every weekend you’ll find families picnicking, cyclists riding and campers barbecuing. 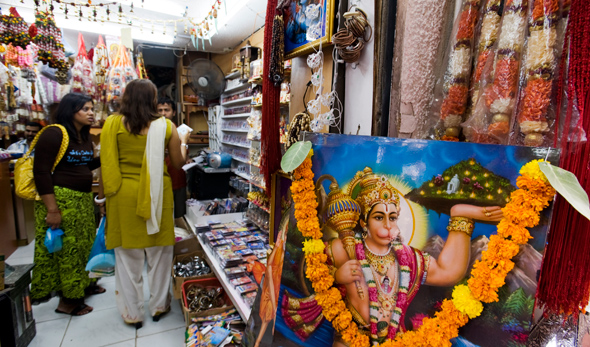 From the garlands for sale outside the Bur Dubai hindu temple (above) to the fantastic food produced in the thousands of restaurants around the city (pictured below is Pakistani favourite Karachi Darbar), Dubai is a city where you can experience many cultures in one day. 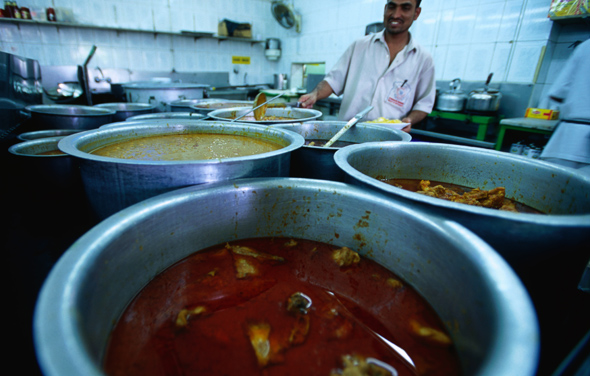 In fact, here are six places of worship in Dubai and Sharjah that help cater to the UAE’s diverse residents: 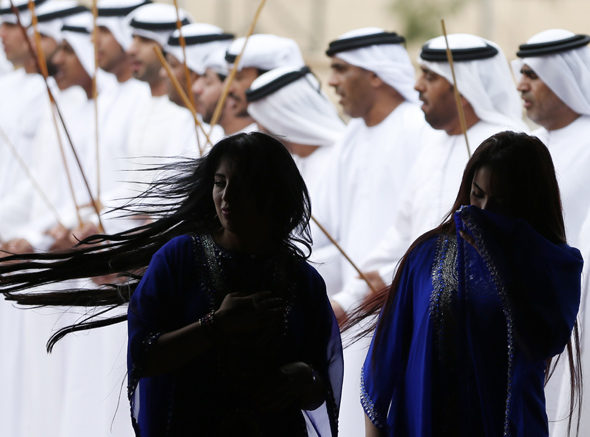 People sometimes bemoan the fact that they don’t learn much about Emirati culture when living in the UAE – we’d argue this is a two-way street and is often because of a lack of effort on the newbie’s part. For starters, Emirati culture is incredibly hospitable: we’ve popped around for a cup of tea at a friend’s house and ended up spending the whole night there, eating a full-on meal cooked by grandma, before leaving with leftovers and dates to keep us full for days. Plus, with museums like the Etihad museum, heritage villages and initiatives all around the city, there’s plenty to see and learn.

If you simply open your eyes, take a walk around and ask your friends, there are little traditions you’ll notice too. For instance, did you know that a traditional Emirati dance sees woman shaking their hair back and forth (above)? Some say their tresses are meant to emulate the ocean’s waves.

Also, ever noticed a house completely trussed up in fairy lights? That means there’s a wedding on. And, spied metal boxes and taps outside of traditional villas around the city? That’s a Dubai tradition that is all about homes offering free, year-round drinking water to those in need (yes, that’s potable water and anyone’s welcome to drink from the well).

*NOW READ: 20 more photos that show an alternative side of the UAE*
*AND: Why we take serious issue with the latest Dubai-bashing article*

News
Travel
EDITOR’S PICKS
UAE holiday dates announced for National Day
READ MORE
Emirates Dubai 7s is back: Here's why we're excited...
READ MORE
Tennis ace Andy Murray to play at Mubadala World Tennis Championship
READ MORE
UAE 50: Where to watch National Day fireworks in Dubai
READ MORE
MOST POPULAR
UAE confirms its first case of the Omicron variant
Alhosn Green Pass to only be valid for 14 days after negative PCR
20 of the best things to do in Abu Dhabi this long weekend: Part 2
First look: London-loved restaurant The Cinnamon Club opens in Dubai
Check out this amazing display at the world's highest outdoor infinity pool
YOU SHOULD CHECK OUT
Our website uses cookies and other similar technologies to improve our site and your online experience. By continuing to use our website you consent to cookies being used. Read our privacy policy here.