The UK's biggest gaming festival is coming to Dubai this October

Tech
Things to do

Gamers get ready as INSOMNIA, the UK’s biggest gaming festival is coming to Dubai this October.

Running from Thursday October 17 to Saturday October 19 at the Meydan Grandstand, the three-day extravaganza will give fans the opportunity to immerse themselves in all their favourite games such as Fortnite and Call Of Duty. 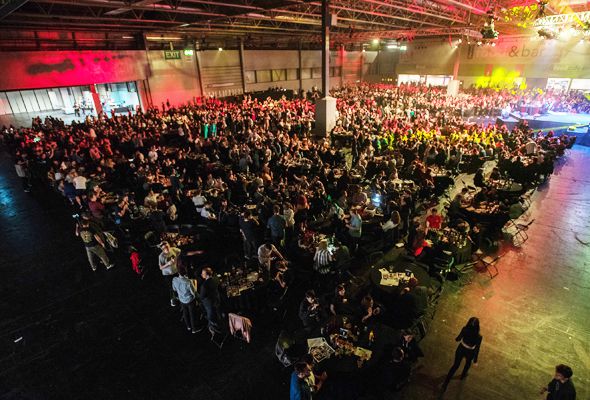 Competition will be fierce as attendees battle it out in cult video games like Fortnite, Apex Dota 2, Battlegrounds, Call Of Duty, and Rainbow 6 GSGO, as well playing as mobile gaming and VR tabletop games or even getting into character with themed cosplay competitions and a dedicated ‘battle park arena’ to fight it out like they’re in a real Call Of Duty game.

There will also be retro games as well as virtual reality and drone zones, live DJs and even guest appearances and speeches from well-known gaming influencers like Minecraft Gaming Youtuber, SeaPeeKay.

The Esports Final will also be held at the festival, which you can qualify for by taking part in online tournaments prior to the October event. You can register on Platinum List to take part, with a cool Dhs500,000 up for grabs for the winner.

Get your game on…

Tech
Things to do
EDITOR’S PICKS
Ramadan in Dubai: 50 iftars to try
READ MORE
Where can Dubai residents travel? Check out these 14 destinations
READ MORE
Rumours, facts and reveals: New Abu Dhabi bars and restaurants
READ MORE
UAE announces reduced working hours for Ramadan 2021
READ MORE
MOST POPULAR
There's a 30 per cent sale taking place during the long weekend on LegalHomeDelivery.com
Pics of the week: Your best photos of the UAE
Here's why you need to visit Mimi Kakushi's new Friday lunch
New films to watch in cinemas this week: May 13 to 19
Torno Subito's new lunch menu offers a quick mid-week vacation
YOU SHOULD CHECK OUT
Our website uses cookies and other similar technologies to improve our site and your online experience. By continuing to use our website you consent to cookies being used. Read our privacy policy here.