New Address hotel in Downtown to open in November

Downtown Dubai is set to welcome a brand new Address Hotel, with Address Sky View set to begin accepting reservations from November 1, according to the official website.

The two-tower building is split between residences and an 169-key, five star hotel, and offers prime Burj Khalifa and Downtown Dubai views from its location on Sheikh Mohammed Bin Rashid Boulevard.

The first tower will be dedicated solely to residences, and stands at 61 storeys high. It’s linked to the second tower (where you’ll find the hotel), which is slightly smaller at 56 storeys, by a stunning, three level Sky Bridge.

This epic new viewing deck will serve as the jewel in the Address Sky View crown, boasting 360 degree views of Downtown Dubai and the skyline beyond. As well as a public observation deck, Sky Bridge will be home to a huge infinity pool overlooking the city, and the Dubai outpost of CE LA VI, the iconic high-end rooftop bar and restaurant concept that hails from Asia. 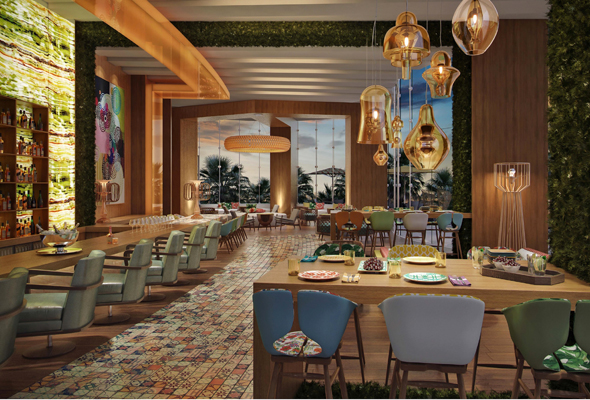 A spa, state-of-the-art fitness centre and several meeting rooms and conference spaces will also feature in the hotel.

Address Sky View is one of two Address Hotels slated to open this year, alongside the neighbouring Address Fountain Views. is also set to open later this year. The hotel is made up of three towers promising unobstructed views of Burj Khalifa and The Dubai Fountain, and will begin accepting guests from October 1.

Staycations
EDITOR’S PICKS
Covid-19 rules in Dubai: all the updates you need to be aware of
READ MORE
9 royal-approved Dubai restaurants
READ MORE
16 of the best beach bars in Dubai for sundowners
READ MORE
Where to get the Covid-19 vaccine in Dubai, Abu Dhabi and across the UAE
READ MORE
MOST POPULAR
Join us for a preview of Fairmont Bab Al Bahr's Valentine's dine around
Abu Dhabi named safest city in the world for fifth year running
Inside one of the coolest new hotels opening in Dubai
Department of Health approves three new rapid Covid-19 tests
Save up to 90 per cent at malls in Dubai this weekend
YOU SHOULD CHECK OUT
Our website uses cookies and other similar technologies to improve our site and your online experience. By continuing to use our website you consent to cookies being used. Read our privacy policy here.