If you needed any more reassurance that Dubai is one of the most futuristic places on earth, head to Cavalli Club Dubai – where you can have your drinks mixed and served by a robot. The futuristic concept was launched as part of the nightclub’s 10th anniversary celebrations, headlined by Fatman Scoop.

The Italian-made bar, produced by Makr Shakr, is the first of its kind in the region. Using two robotic arms, drinks are poured, shaken and served before your eyes without any human interaction. 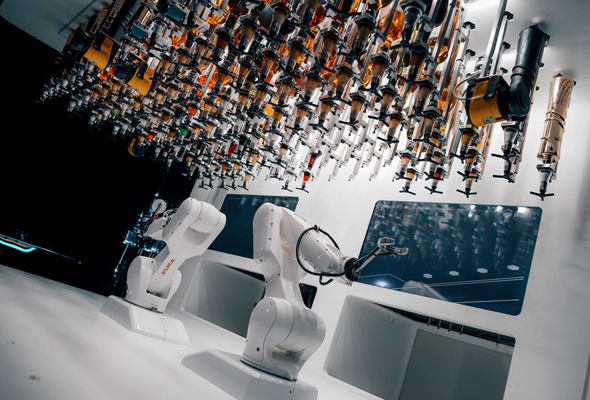 The luxurious club has always been known for its extravagant design, but it recently underwent a major renovation with even more shimmer, sparkle and shine added. The new futuristic design also offers exciting concepts such as an augmented reality menu that displays a hologram of each dish.

You’ll also find a new VIP area, which comes complete with 24 karat gold flooring, a 40 square metre hydraulic catwalk-style stage, and a -18 degrees celsius revamped ice lounge. Not only that, there’s also a new wine cellar, featuring some of the most rare and expensive wines in the world. 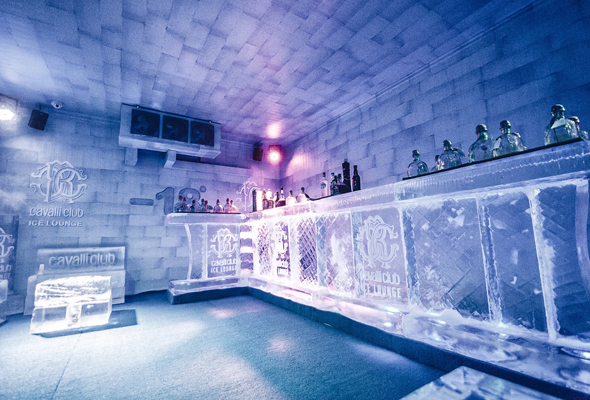 And just for when you’re really feeling yourself, the leopard print elevator now even comes with a photo booth, to capture the perfect selfie. Pose for the camera before printing out your new pic, or emailing it to yourself to post on social media.

Clubs
EDITOR’S PICKS
Here's the full list of UAE public holidays in 2023
READ MORE
23 incredible things to look forward to in the UAE in 2023
READ MORE
Hidden gems: 10 UAE desert pop-ups to discover this winter
READ MORE
Where to travel in 2023: 10 new flight routes from the UAE
READ MORE
MOST POPULAR
Reservations are now open for French restaurant Fouquet's Dubai
The colourful Sharjah Light Festival returns next week
Relive those cosy winter moments at Chalet 105 at Twiggy
There are some big road closures in Abu Dhabi this weekend
Escape for a romantic desert getaway this Valentine's Day
YOU SHOULD CHECK OUT
Our website uses cookies and other similar technologies to improve our site and your online experience. By continuing to use our website you consent to cookies being used. Read our privacy policy here.