After announcing the plans back in August 2019, the eagerly-anticipated UAE outpost of famous French restaurant Fouquet’s, is now open at the iconic Louvre Abu Dhabi museum.

The high-end brasserie style restaurant comes under the helm of French celebrity chef, Pierre Gagnaire, who runs 15 other restaurants around the world that have a combined total of 15 Michelin stars.

Fouquet’s has strong ties with the world of art and culture and the brand already has a number of well-established restaurants in exclusive locations across the globe, including the original in Paris, as well as Cannes, Toulous and Marrakech. 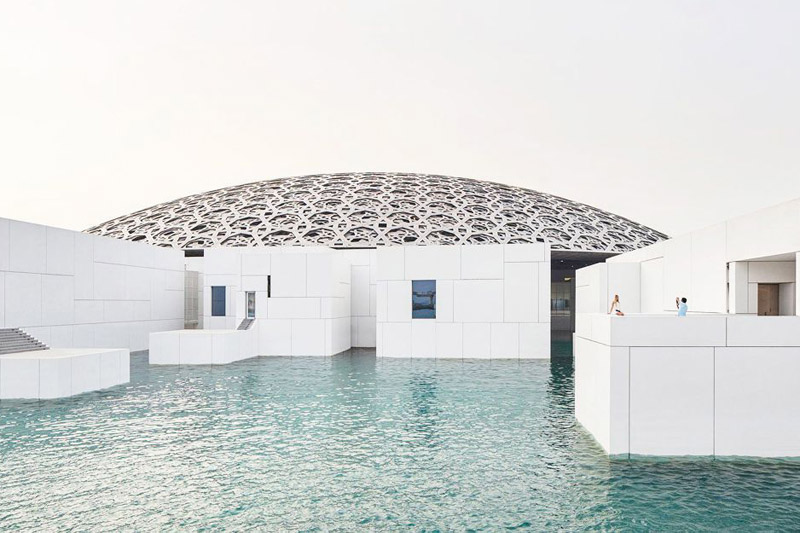 The new high-end brasserie-style outpost at the Louvre Abu Dhabi promises to ‘follow in the gastronomic footsteps of the original Fouquet’s, which opened on the Champs-Elysées in 1899.’

A sleek new Japanese bar is set to open in Dubai Marina this month
8 of the hottest new bars, beach clubs and restaurants in Dubai right now
The hottest restaurants, bars and clubs opening in Dubai in 2020
Ticket prices and timings revealed for CLYMB Abu Dhabi

Diners, who are advised to dress ‘casual chic’, can expect a number of signature French dishes on the menu as well as a range of international offerings – some with a nod to the local Arabic culture.

As with the rest of the Louvre Abu Dhabi, the new restaurant was designed by architect Jean Novel and echoes the design of the rest of the museum’s stunning structure with Arabic patterns and features that make the most of natural light, air and water.

Manuel Rabaté, Director of Louvre Abu Dhabi, commented: “Abu Dhabi is known for its collaborations with some of the world’s premier brands and this prestigious new partnership with Barrière Group is yet another fine example.”

Culture
Eat & Drink
EDITOR’S PICKS
So, when is the next UAE public holiday in 2021?
READ MORE
All of the lavish new hotels set to open in Dubai in 2021
READ MORE
16 of the best pool passes in Dubai that are fully redeemable
READ MORE
All of the restaurants at West Beach, Palm Jumeirah
READ MORE
MOST POPULAR
New films to watch in cinemas this week: June 17 to 23
Yas Marina Circuit ready to 'welcome back fans' to Abu Dhabi Grand Prix
Father's Day Abu Dhabi 2021: 7 great deals dad will love
Abu Dhabi building project will house mosque, church and synagogue
7 epic things to do in Abu Dhabi this weekend: June 17 to 19
YOU SHOULD CHECK OUT
Our website uses cookies and other similar technologies to improve our site and your online experience. By continuing to use our website you consent to cookies being used. Read our privacy policy here.