Anyone who’s seen the 180-minute spectacle starring Leonardo DiCaprio and Margot Robbie, The Wolf of Wall Street, should know what to expect from a namesake brunch.

Bull & Bear has given the name a small twist though, and will launch ‘The Bull of Wall Street’ brunch  on Friday October 2. Expect an eighties-themed experience at the New York-inspired Waldorf Astoria DIFC venue.

A live band will be on-hand to perform a selection of iconic 80s and 90s hits. You can expect an energetic atmosphere which will pay homage to the Martin Scorsese film – although they won’t be throwing anyone at a velcro target.

The stylish restaurant can be found on the 18th floor, with views of the surrounding Downtown Dubai area. It has high ceilings and a huge bull statue just like the one you’d find on Wall Street.

What to expect when Soho Garden reopens this month
All aboard: QE2 set to reopen on October 1 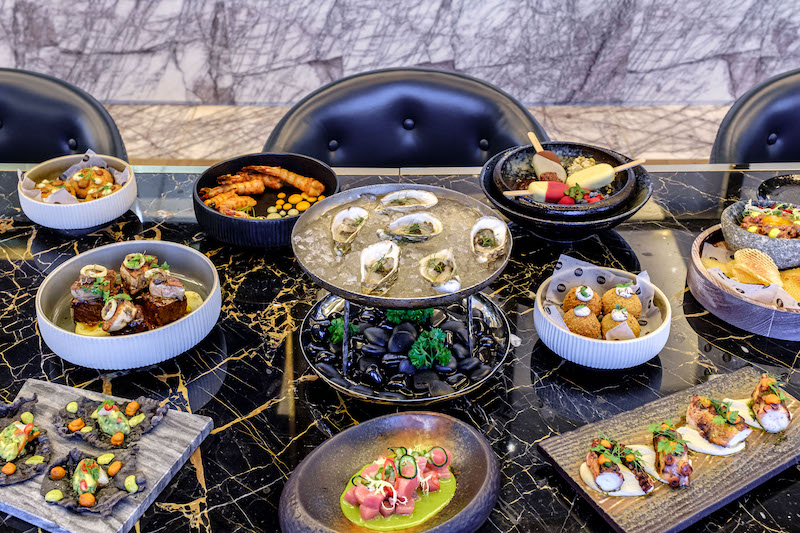 The brunch will take palce from 1pm to 5pm and there will be two packages available. The soft option is priced at Dhs290 or for Dhs450 you can enjoy bubbles, house beer and a selection of cocktails including spritzers.

It’s the first time that Bull & Bear has launched a Friday brunch, so you can expect big things when it launches on October 2. Make sure to get your reservations in early to avoid disappointment as we predict it to get booked up fast.

Brunch
EDITOR’S PICKS
Ain Dubai will open with fireworks, live music and a drone show
READ MORE
Incredible Aura SkyPool to open in Palm Tower this November
READ MORE
Brit Grand Slam hero Emma Raducanu confirmed for Mubadala Tennis
READ MORE
What’s On Nightlife Awards 2021: Here are the nominees...
READ MORE
MOST POPULAR
New films to watch in cinemas this week: October 21 to 27
Moon Retreat by Mysk is now open and it looks out of this world
Be immersed in well-known works of art at Infinity des Lumières
Free parking announced in Dubai on Thursday, October 21
Atlantis the Palm's Culinary Month is back with some amazing restaurants
YOU SHOULD CHECK OUT
Our website uses cookies and other similar technologies to improve our site and your online experience. By continuing to use our website you consent to cookies being used. Read our privacy policy here.