Second vaccine dose done? This is how you get the 'E' or star in the AL HOSN app

So you’ve had your second dose of the vaccine, what next..?

Being flexible in the face of the ever-evolving challenges of the pandemic, is without question, the best strategy. But with periodical updates to policy, the search for the most up-to-date, accurate information around Covid-19 rules and requirements, can be confusing.

One question, which is frequently discussed in the What’s On comment sections, is — ‘what happens after I’ve had both doses of the vaccine?’ ‘Do I get any special privileges?’ And ‘what are the steps involved in getting the exemption status in the AL HOSN app?’

Find the answer to those questions, and others such as ‘Do I still need a negative PCR test result to get into Abu Dhabi if I’ve been vaccinated?’ and ‘do I need a PCR test every seven days to keep my exemption status?’, below.

Pro hack: You need to have the AL HOSN app for any of the below to work, so if you don’t have it. Download it and register now. Apple / Google Play.

What do I do after having had both doses of the vaccine..? 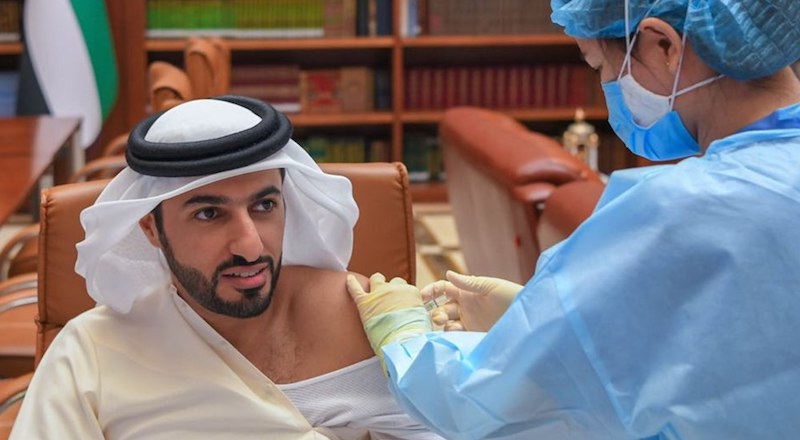 Back in January of this year we reported on updates to the special benefits and entitlements of those that had been fully vaccinated.

Demonstrated by a little ‘Gold Star’ or letter ‘E’ — which appears within AL HOSN app. This status gives the user special privileges when it comes to movement (for example into Abu Dhabi via road) or attending certain events.

The Gold Star will appear in the apps of those that have completed participation (both doses, and follow up tests) in the phase III Sinopharm or Sputnik trials.

An ‘E’ will appear in the apps of those that have received both doses of an approved vaccine.

Important: Both of the special statuses (the ‘Star’ and ‘E’) will only appear 28 days after the final dose, with a negative result from a PCR test (taken after the 28th day).

As mentioned above. Your special status will only appear, 28 days after the final vaccine dose, and then only after a further negative PCR test result.

The status will remain live for a period of seven days only.

Abu Dhabi Emergency, Crisis and Disasters Committee and Department of Health have approved screening protocols in Abu Dhabi for those vaccinated as part of the national vaccination programmes and volunteers in clinical trials of Covid-19 vaccines, effective 17 January. pic.twitter.com/QnluGvDGKl

Unless a further negative PCR test result is received and then registered by the AL HOSN app — the status will expire after that period of seven days.

To regain it, you’ll need to take a PCR test (at any time) and receive a negative result.

This status is only valid for seven days after each test.

It’s important to clarify, you don’t need to take a PCR test every seven days if you do not need to keep the status live. For example, if you’re not required to maintain the status by your employer, and you don’t have to frequently travel in and out of Abu Dhabi, there would be very little reason to keep your ‘Star’ or ‘E’ status continuously live.

Just take a test in advance of the time you need your exemptions, and following a negative result — the status will reappear, once again, valid for seven days.

Do I still need a negative PCR test result to get into Abu Dhabi if I’ve been vaccinated?

As you’re almost certainly aware, there’s currently a requirement for those wishing to enter Abu Dhabi to show a negative PCR result. Are those who have been vaccinated, exempt?

Yes, if you have the exemption (Star and E) designations live in your AL HOSN app (this will obviously mean though, that you will have received a negative PCR test result with seven days).

No test results are required for exiting Abu Dhabi.

News
Things to do
EDITOR’S PICKS
Ramadan in Dubai: 38 iftars to try
READ MORE
Where can Dubai residents travel? Check out these 14 destinations
READ MORE
Rumours, facts and reveals: New Abu Dhabi bars and restaurants
READ MORE
UAE announces reduced working hours for Ramadan 2021
READ MORE
MOST POPULAR
Layali Ramadan: BIG sales on shopping, stays and dining in Abu Dhabi
A cool vegan restaurant is now open in a villa in Jumeirah
Brunch & Cake launches beautiful Ramadan-themed desserts
UAE weather: Get ready for temperatures to reach 48°C this Ramadan
Step into spring with these stunning floral restaurants
YOU SHOULD CHECK OUT
Our website uses cookies and other similar technologies to improve our site and your online experience. By continuing to use our website you consent to cookies being used. Read our privacy policy here.