What’s On first brought you the news back in July 2020 that a Dubai outpost of famous Beirut bunker club B018 was set to open in the city. Now, you don’t need to wait any longer for your dose of the underground club scene as B018 Dubai is officially open.

The war-inspired club can be found on the 42nd floor of the popular Media One Hotel in Dubai’s Media City. The venue boasts two concepts: A Tropical Room inviting its guests for drinks and nibbles from 6pm; and a cool industrial club – The Main Room, which will provide an electric nightlife scene from 10pm. 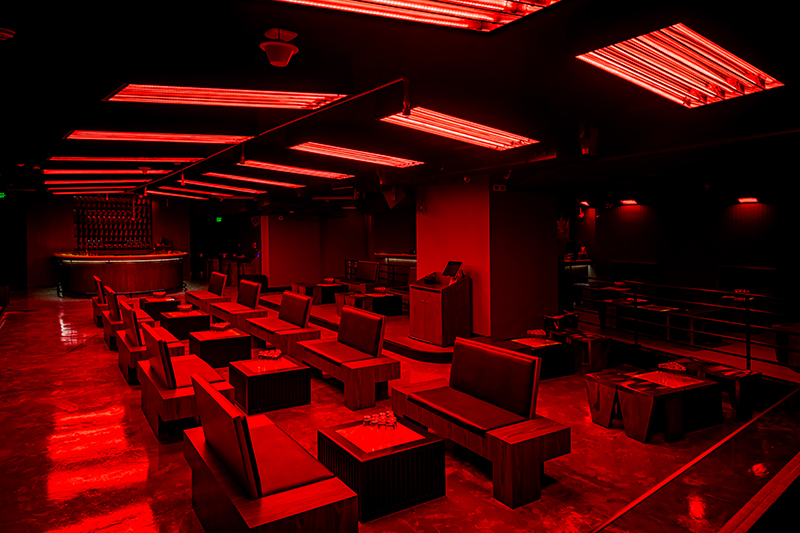 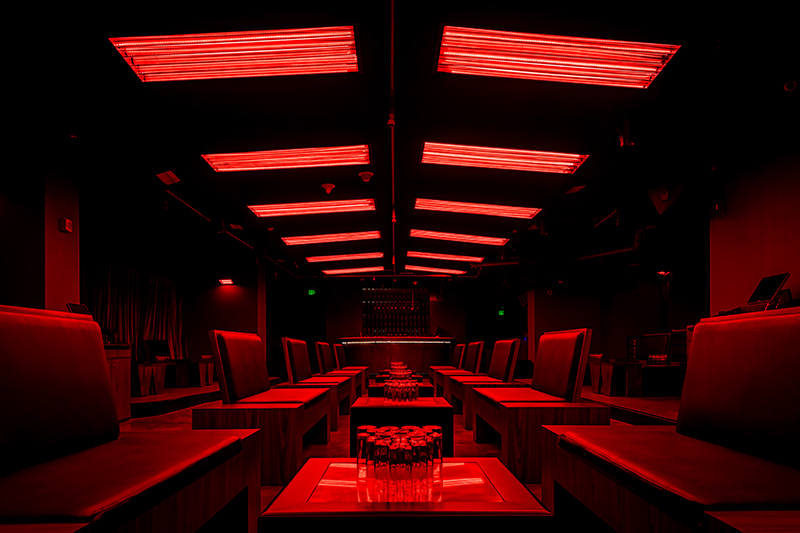 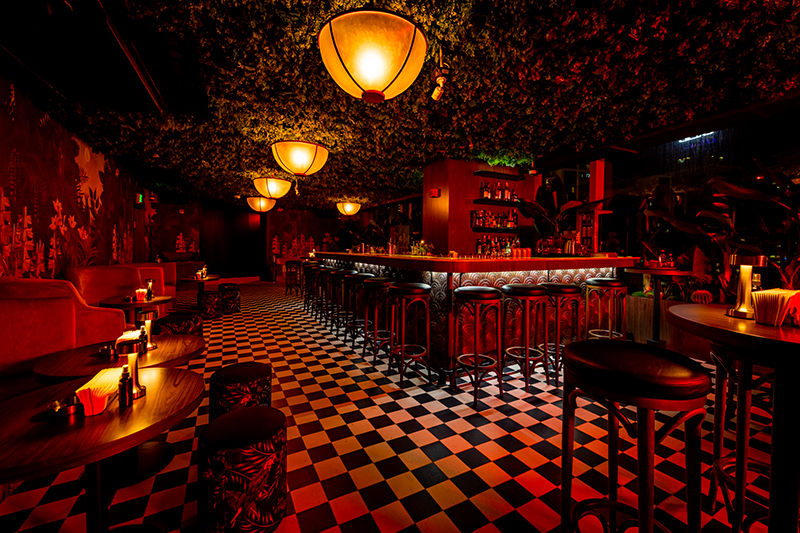 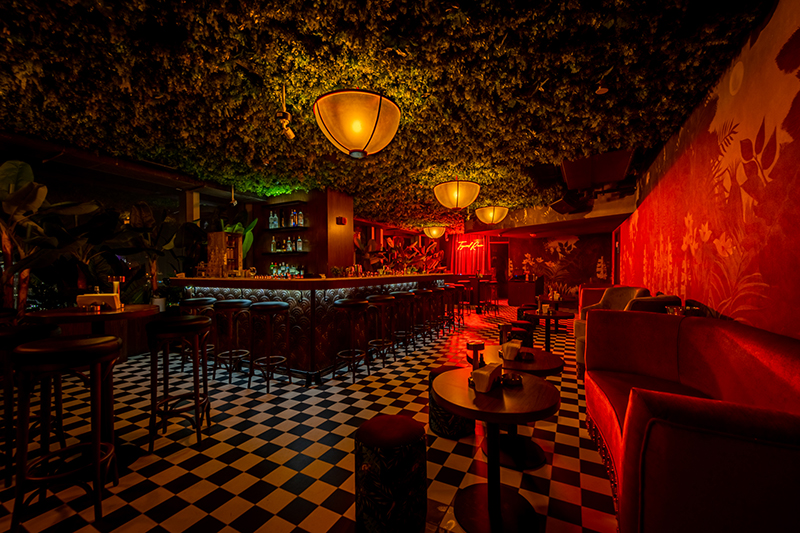 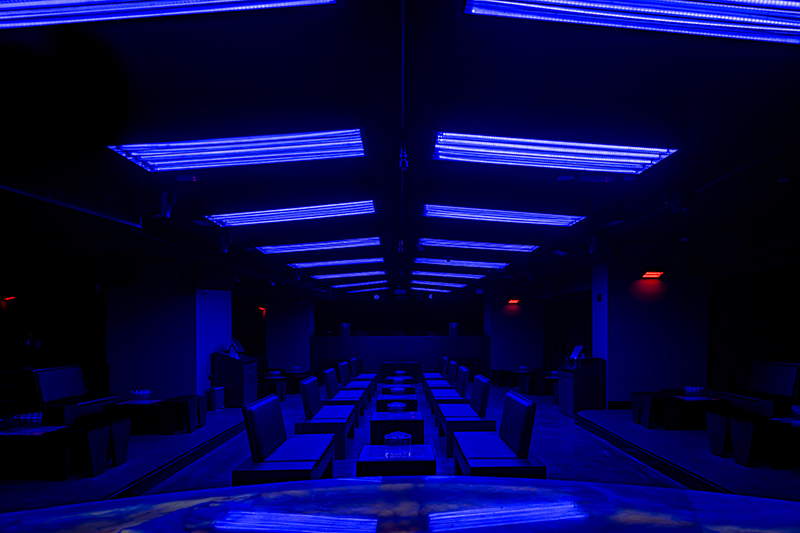 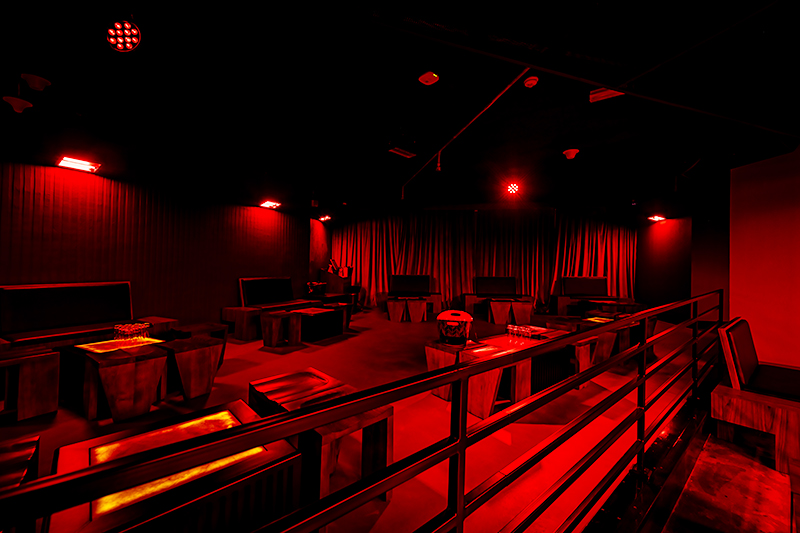 B018 Beirut is known for its ‘war architecture’ including coffin-shaped seats and industrial style. While the Dubai outpost won’t have the same historical origins, the new venue hopes to bring much of its urban aesthetic and concept to our glittering city.

The ‘Main Room’ is exemplary of this pared-back industrial style, darkly lit with moody lighting in reds, greens and blues. It will be open on Tuesdays, Thursdays and Fridays from 10pm to 3am. DJ nights on Tuesdays are all about old schoolhouse, Chicago house and Brit Garage house. On Thursdays the focus will be on soul, disco, new wave and 80’s hits, and on Fridays, it’s all house, tech house, minimal melodic house, indie and techno.

The Tropical Room is your new post-work hangout. It’s kind of like industrial-meets-Alice in Wonderland, with black and white checkered flooring, sultry lighting a lush, leafy ceiling, high tables and a cool central bar that dominates the focal point of the space.

This room is open daily from 6pm until late, serving up a range of beverages and expertly-crafted cocktails, taking inspiration from Capri, Barbados, Costa, Tasmania, Cancun, and Sanya. There’s an international and Japanese-orientated menu, with a selection of sushi, salads, cold and hot dishes, sandwiches, and desserts.

Bars
Clubs
Nightlife
EDITOR’S PICKS
Ain Dubai will open with fireworks, live music and a drone show
READ MORE
Incredible Aura SkyPool to open in Palm Tower this November
READ MORE
Brit Grand Slam hero Emma Raducanu confirmed for Mubadala Tennis
READ MORE
What’s On Nightlife Awards 2021: Here are the nominees...
READ MORE
MOST POPULAR
13 of the best places for glamping in the UAE
Emma Raducanu sends a message to her UAE fans
Parisian celebrity hotspot Caviar Kaspia has opened in Dubai
Here's what you'll be eating at SushiSamba when it opens in November
Chic Mediterranean beach bar Ula is now open on the Palm Jumeirah
YOU SHOULD CHECK OUT
Our website uses cookies and other similar technologies to improve our site and your online experience. By continuing to use our website you consent to cookies being used. Read our privacy policy here.