Famed Beirut club B018 set to open in Dubai next year

The nightlife scene in Beirut is one of the most exciting in the Middle East. The Lebanon capital is known for its buzzing streets which take people from sunset drinks on a rooftop to all-night parties finishing around 6am. One of the most famous early morning spots is war-inspired warehouse, B018.

B018 has a legacy that dates back to the 1980’s when Lebanon was suffering with war, founder Naji Gebran made it his mission to heal people with his music. The club grew immensely before settling in its current destination set atop war-torn land in the capital’s Sin El Fil area.

A destination that’s all about the music, it’s ‘sound ritual’ has become synonymous with Beirut’s late night scene and will soon be making its mark on Dubai. Set to open in Q1 of 2021, B018 The Sequel will be found on the outskirts of Dubai Marina. 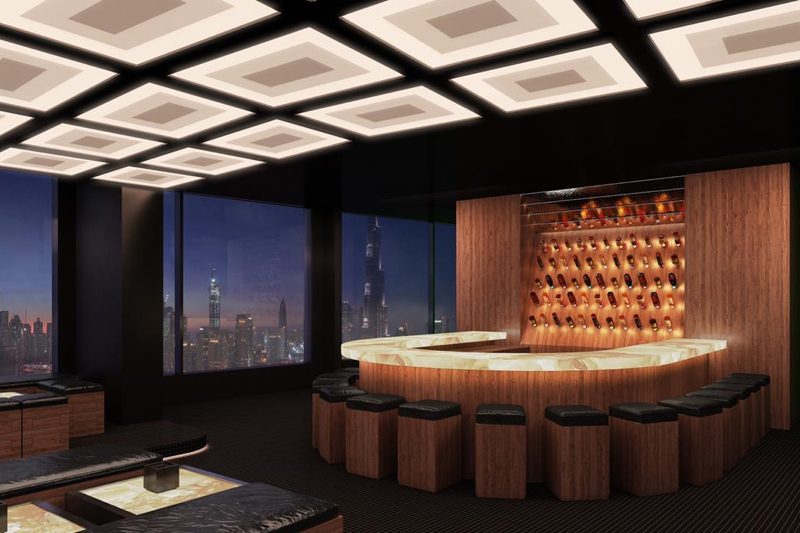 It’s known for its ‘war architecture’ including coffin-shaped seats and industrial style. While it won’t have the same historical origins, the new venue hopes to bring much of its urban aesthetic and concept to our glittering city.

B018 The Sequel will be split into two distinct areas; the Tropical Room and the Main Room. Filled with lush greenery, the Tropical Room will be a warm and inviting place to enjoy a hand-crafted cocktail and bar bites with friends.

Boldly juxtaposed next door, the Main Room promises a gothic space with exposed metal pipes and coffin tables, emulating much of the original club. While we’re not sure on the exact location, early teasers suggest a sky high venue with impeccable views of the city.

The team behind it all, Seven Management, say they aim to highlight the best live music in the city. “The refined space will cater to music and art lovers across all nationalities, and celebrate Lebanon’s rich culture and history,” said Seven Management CEO, Rabih Fakhreddine.

Clubs
EDITOR’S PICKS
So, when is the next UAE public holiday in 2021?
READ MORE
All of the lavish new hotels set to open in Dubai in 2021
READ MORE
16 of the best pool passes in Dubai that are fully redeemable
READ MORE
All of the restaurants at West Beach, Palm Jumeirah
READ MORE
MOST POPULAR
Father's Day Abu Dhabi 2021: 7 great deals dad will love
Abu Dhabi building project will house mosque, church and synagogue
7 epic things to do in Abu Dhabi this weekend: June 17 to 19
Rumba Cuban Bar & Kitchen launches a laid back Saturday lunch
Sale: Get 40 percent off a sweet summer staycation in Dubai
YOU SHOULD CHECK OUT
Our website uses cookies and other similar technologies to improve our site and your online experience. By continuing to use our website you consent to cookies being used. Read our privacy policy here.