Here come rock heroes, watch them as they go…

It’s official — Legends of the riff, Foo Fighters are the final act to be announced for the Yasalam after-race concert of the Formula 1 Abu Dhabi Grand Prix.

Flash Entertainment made the announcement in one of the most rock and roll (mostly roll to be fair) ways possible – broadcasting the message live on the colossal spokes of Ain Dubai. 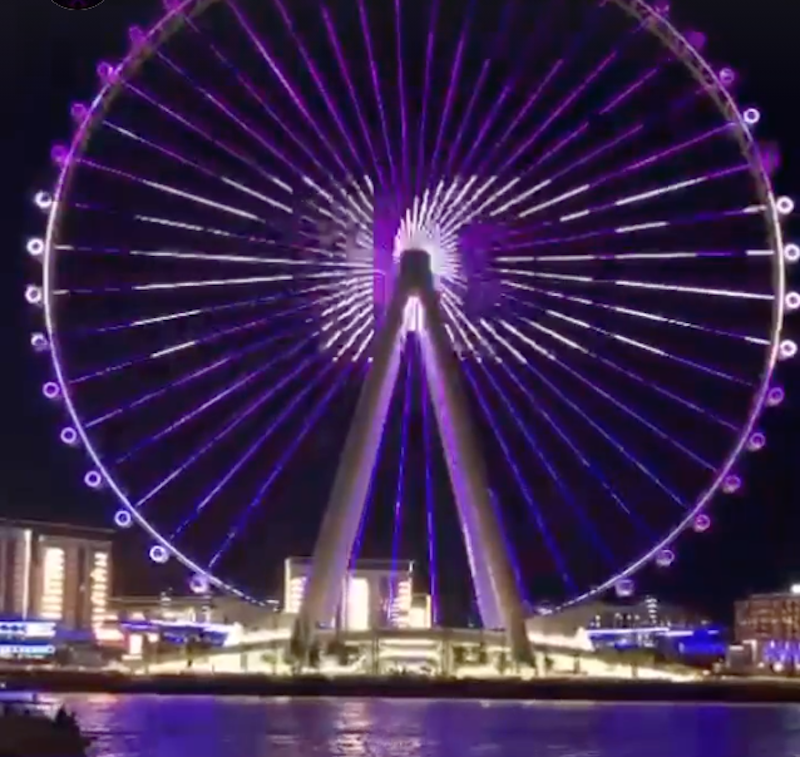 The stadium rock band is led by charismatic frontman and sometimes drummer (ex-Nirvana member) Dave Grohl. Their hit parade includes such monster guitar-shredding masterpieces as Monkey Wrench; Learn to Fly; All My Life; These Days; Everlong and *air guitar* so many more moshpit ragers…

Foo Fighters have amassed 12 Grammy award wins, and were officially inducted into the Rock and Roll Hall of Fame earlier this year (the first year — longevity-wise — they were eligible). They’ve made documentaries, headlined countless festivals, broken rock records and if you’ve been to one of their shows before — you’ll know the level of energy that goes into each performance is practically peerless in the modern music game.

Those holding tickets for the big F1 race day on Sunday will automatically be permitted entry to the after-race event featuring the Foo Fighters, which will be their first time playing to capital crowds.

On track for a thrilling conclusion to the 2021 F1 Season

The Yas Marina Circuit race serves as the season finale to the 2021 F1 race schedule and with just four races to go, it’s looking tight at the top. Max Verstappen of the Netherlands has a wafer-thin lead over arch-rival Lewis Hamilton in the 2021 Driver Championship.

And it’s a big deal, Hamilton needs just one more trophy to take pole in the record for Drivers’ Championship titles.

Yas Marina Circuit has also announced that there have been “significant track upgrades” to the course, which it hopes will lead to its most exciting, and hotly contested, high octane petrol fest yet.

How to get tickets

Taking place between December 9 to 12, tickets for the thrilling conclusion to this championship start at Dhs699, include access to the Yasalam after-race concerts, and are available for purchase now from yasmarinacircuit.com.

Recently we learned that attendance for the event will be permitted to go ahead at 100 per cent.

It’s important to note that the new government guidelines issued by the Department of Culture and Tourism — Abu Dhabi (DCT — Abu Dhabi) require those attending any event or exhibitions to have received a negative PCR test within the last 96 hours.

The requirement for masks also still remains and there will be temperature and EDE scanning on all event space entry points.

It has also been confirmed that children under 12 will now be able to attend the event, with ticket bundles now on sale to reflect that.

Culture
News
Things to do
EDITOR’S PICKS
When is the UAE's next public holiday?
READ MORE
Zanzibar-inspired restaurant Mikoko Hut opens at UAQ mangrove beach
READ MORE
Christmas Day in Dubai: Festive brunches, lunches, roasts and more to book
READ MORE
This magical winter garden is back at Habtoor Palace Dubai
READ MORE
MOST POPULAR
The next Regional Artist Spotlight act is: Tamtam
6 brilliant things to do in Dubai this week: December 5 to 8
Party 75 floors high: A brand new club opens at SLS Dubai
6 awesome things to do in Abu Dhabi this week: Dec 5 to 8
Anantara's luxury resort on The World Islands to open on December 18
YOU SHOULD CHECK OUT
Our website uses cookies and other similar technologies to improve our site and your online experience. By continuing to use our website you consent to cookies being used. Read our privacy policy here.