An immersive hologram concert experience is coming to Dubai

Here’s something new to do in Dubai…

This city truly has it all: Dancing fountains, drone shows, award-winning performances and much more. And now, Dubai is adding an immersive hologram concert to the ever-expanding wow factor list. Al Habtoor City Theatre, the theatre where guests are captivated by the award-winning La Perle by Dragone performance, will now also be home to a Dubai Hologram Universe starting January 30.

Dubai Hologram Universe is the work of art by a collaboration between Dubai Festivals and Retail Establishment (DFRE), and New Dimension Productions (NDP). NDP is a leading motion picture and hologram entertainment production and their first show titled Sawwah will kick off on January 30 featuring the late Egyptian pan-Arab singer, Abdel Halim Hafez – in hologram form, of course.

What can you expect from the show? 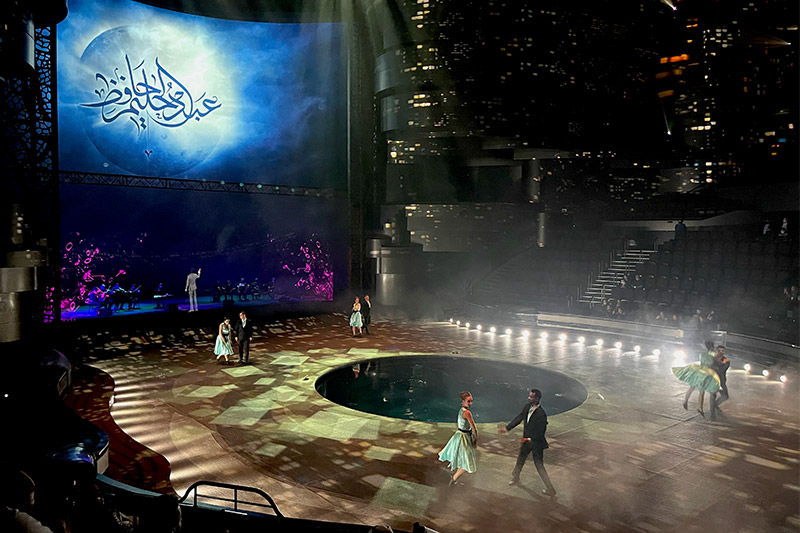 Well, in short – a unique concert made up of holograms and live entertainment paired with the special effects which the Al Habtoor City Theatre is known for and of course, music. The aqua stage, which is filled with 2.7 million litres of water, will also be used in the hologram concert.

On opening night, the 90-minute show will feature romantic songs by Abdel Halim Hafez and the show will run for 90 minutes. The concert begins at 8.30pm.

It will be similar to the hologram concert done last year in May 2021 at Dubai Opera featuring the same singer. NDP is also the company that created a hologram of HH Sheikh Hamdan bin Mohammed bin Rashid Al Maktoum, Crown Prince of Dubai at the Dubai World Summit in 2019 and in the year before that, the incredibly detailed 3D model of the late Sheikh Zayed bin Sultan Al Nahyan.

Other shows currently on the line-up that know of include Diva Umm Kulthum and Warda Al-Jazairia. Don’t worry, it’s not all Arabic shows, and there will be English shows in the line-up, too including one featuring the legendary Frank Sinatra. We shall let you know the dates as soon as they are announced.

Hasan M. Hina, Founder and Executive Producer & Director of NDP stated that these were just the first steps to ‘achieving our long-term strategy to position Dubai as the capital of Hologram entertainment.’ He added that new and unique shows will be created every month.

If you want to get your hands on tickets to check out this new cool show, you have to wait a little longer as we are still awaiting the details. We will update this article as soon as we know, so do bookmark this page.