Here’s another reason to head to Downtown Dubai…

Burj Khalifa is the tallest building in the world and is a sight to behold just as is. But, it also bares the largest LED screen in the world which makes it the perfect canvas for adding some bright colours to the Dubai skyline.

A new show has been announced titled, ‘World of Colour’ which will paint and illuminate Downtown Dubai in a kaleidoscope of colours using lights and lasers.

There are shows five days a week. From Wednesday to Friday, there are two shows that take place, the first at 7.45pm and the second at 9.45pm. On the (new) weekend, Saturday and Sunday, there are three shows taking place at 7.45pm, 8.15pm and 9.45pm.

World of Colour’s light and colour performance will be paired with stunning video content which will see vibrant colours splashing around the world’s largest LED screen. The show, we’ve been told, will boast the same vibrant energy and beauty that you would have caught during the jaw-dropping New Year’s Eve fireworks and laser show.

A post shared by Burj Khalifa by Emaar (@burjkhalifa)

More must-not-miss exhibits to see in Dubai this January

Across Dubai, a number of exhibits are taking place that you must catch. 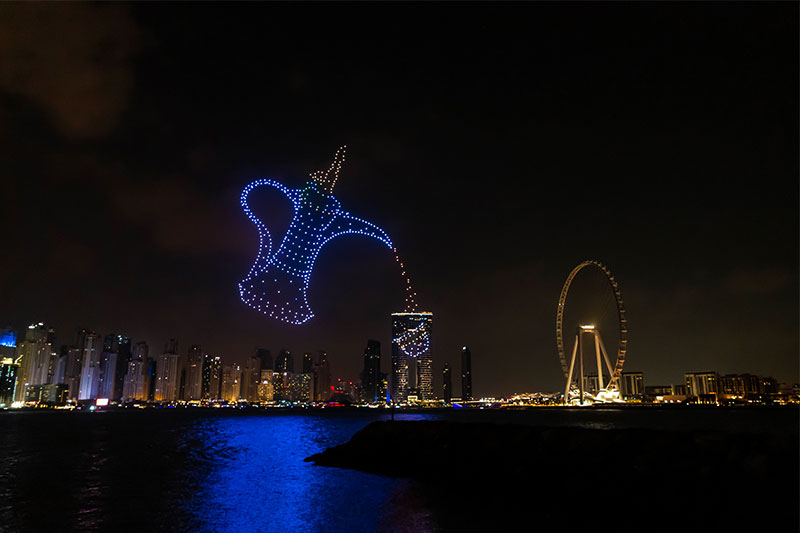 The Dubai Shopping Festival drone show taking place at Bluewaters Dubai will see a number of drones taking to the skies to create visual representations of landmarks, logos, and much more. The jaw-dropping performance this year will be complemented by a light show on Ain Dubai. It’s free to attend and there are daily show until January 30 at 7pm and 9.30pm. 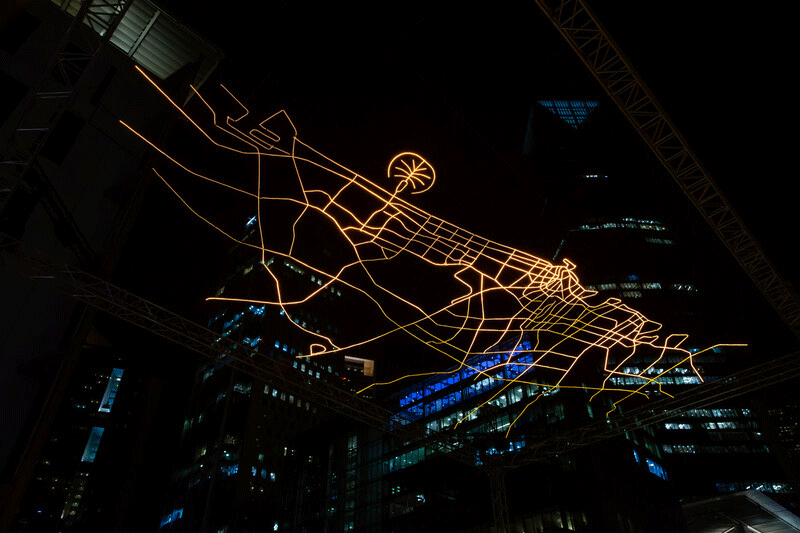 A new exhibition at DIFC Gate Avenue shows viewers what Dubai looks like from space. The recreated light-art installation by Amsterdam-based design studio, VOUW has created the piece using renditions of satellite images of Dubai so visitors can see the Palm Jumeirah, Sheikh Zayed Road and much more. The art installation which is a part of Dubai Shopping Festival is only available to view until January 29. The lights turn on from 7.10pm to 3am.