Roads and Transport Authority (RTA) has announced a traffic diversion on Emirates Road at the entrance of Abu Dhabi.

In a tweet, RTA stated that the road will be converted into a parallel two-lane road to implement the Etihad Rail Project. The road diversions begin today Wednesday, June 8.

#RTA announces a traffic diversion on Emirates Road at the entrance of Abu Dhabi Emirate into a parallel road to implement the Etihad Rail Project starting Wednesday, 8 June 2022.
Drivers are requested to adhere to the directional and regulatory signs along the diversion area.

RTA requested drivers to adhere to the directional and regulatory signs along the diversion area.

What is the Etihad Rail Project? 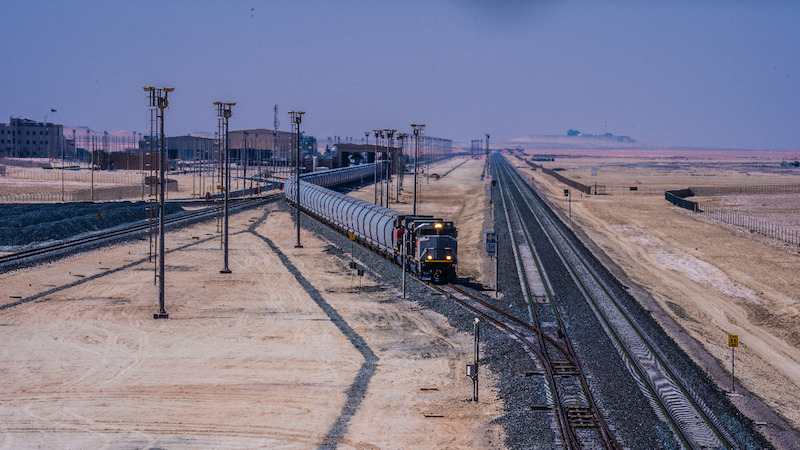 If you aren’t up to speed, the Etihad Rail Project is a huge 1,200km nation-long train line that will link all seven emirates in the United Arab Emirates with Saudi Arabia. It will stretch from the Eastern seaboard of Fujairah, right up to the very edge of Saudi Arabia with a scheduled train service. There are even plans to take it beyond, and into other Gulf States already in the pipeline.

The train will transport both cargo and even passengers (expected to carry more than 36.5 million passengers annually, by 2030).

Talking about the project Shadi Malak, Chief Executive Officer of Etihad Rail, said “the Rail Passenger Services will enhance the transportation system across the UAE allowing passengers to travel from Abu Dhabi to Dubai in 50 minutes, and from Abu Dhabi to Fujairah in 100 minutes.”

It is making excellent progress and a major milestone was recently reached in March 2022 when the tracks between Dubai and Abu Dhabi linked together.

In January, Etihad Rail released renders of what the passenger trains, set to transport travellers by 2030, will look like. From the supplied renders, we can see that the sleek cone-nosed train cuts a very similar image to those of the other high speed networks across the world. It looks like there will be at least two classes of cabin to choose from, spacious bathrooms, comfortable seats, and a kitchen area.

Transport
EDITOR’S PICKS
Here's the full list of UAE public holidays in 2023
READ MORE
23 incredible things to look forward to in the UAE in 2023
READ MORE
Hidden gems: 10 UAE desert pop-ups to discover this winter
READ MORE
Where to travel in 2023: 10 new flight routes from the UAE
READ MORE
MOST POPULAR
Cult Expo bakery, Bread Ahead to open in Mall of The Emirates
First look: Milos by Costas Spiliadis opens in Atlantis the Royal
Upcoming performances, international artists and more in Dubai
16 upcoming shows, sports events, concerts and festivals in Abu Dhabi
Win a holiday around the world with Dubai Creek Resort
YOU SHOULD CHECK OUT
Our website uses cookies and other similar technologies to improve our site and your online experience. By continuing to use our website you consent to cookies being used. Read our privacy policy here.