His Highness Sheikh Hamdan bin Mohammed bin Rashid Al Maktoum, Crown Prince of Dubai and Chairman of The Executive Council of Dubai has officially opened a new road project that will cut down the amount of time you spend on the Dubai-Al Ain Road. The project reflects Mohammed bin Rashid’s vision for creating the world’s best infrastructure in Dubai.

The Prince of Dubai stated that the government has always placed a high priority on improving Dubai roads since it plays an important role in raising the emirate’s competitiveness in addition to creating an attractive business and investment environment and providing a high quality of life for the community.

What are the changes you will see on the Dubai-Al Ain Road? 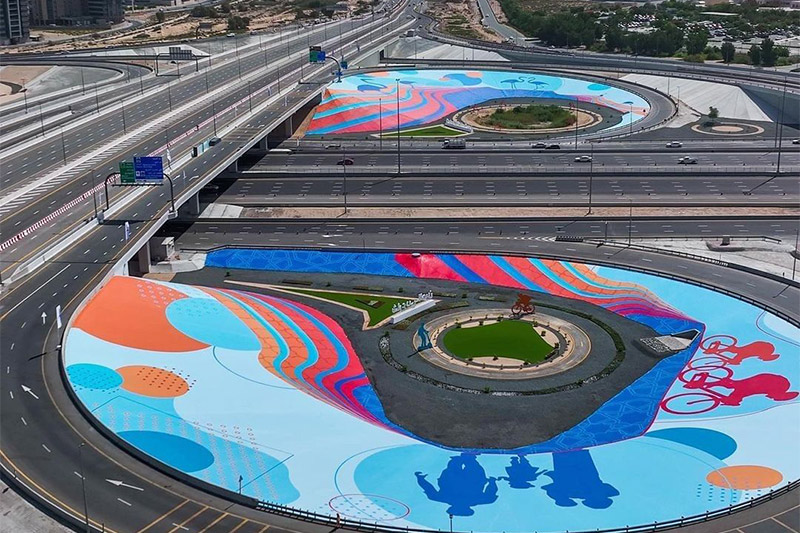 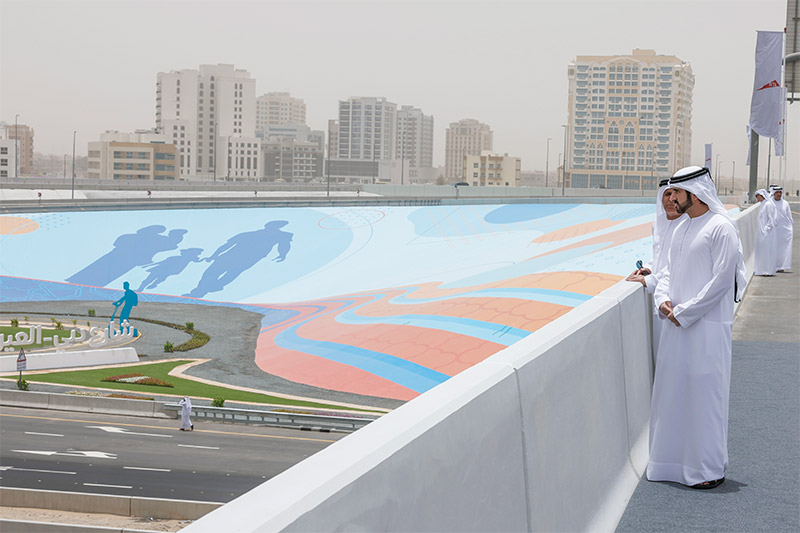 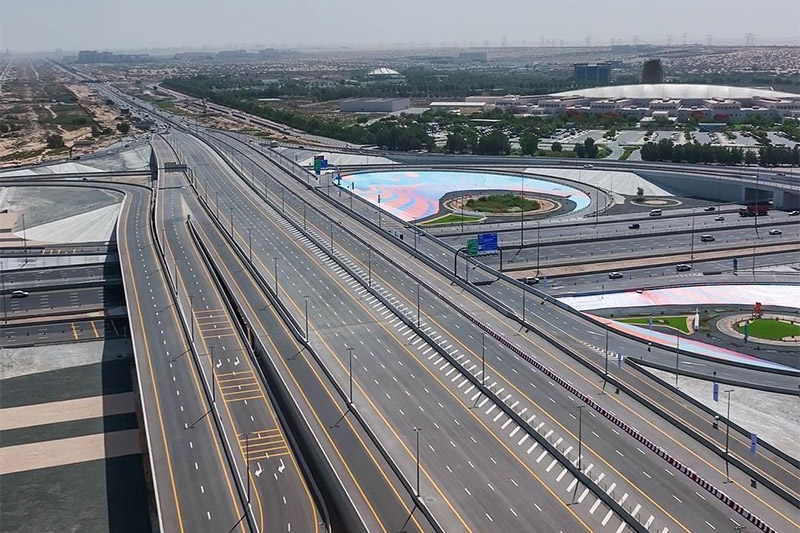 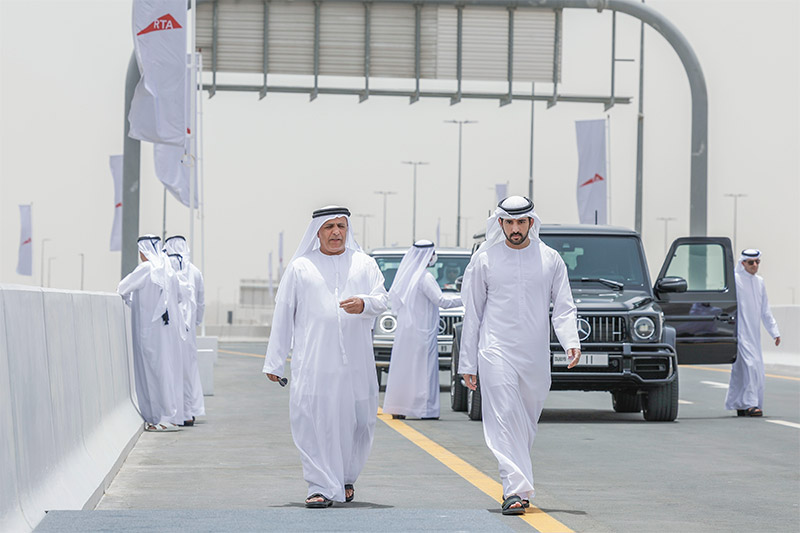 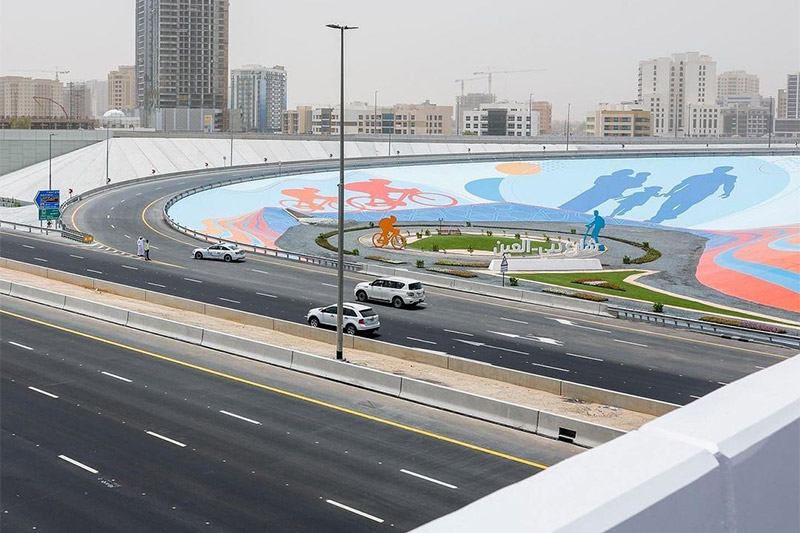 The roads have been widened in each direction which will benefit a population of over a million people living or working in the neighbourhood on both sides of the road. It will double the number of vehicles per hour from 12,000 to 24,000 in both directions. Travel time will be slashed by 50 per cent from 16 minutes to eight minutes during peak hours.

New ramps and bridges have been constructed and improvements have been made to existing ones to help serve residents better.

His Excellency Mattar Al Tayer, Director-General, Chairman of the Board of Executive Directors of the Roads and Transport Authority (RTA) stated that the project includes ‘the construction of four two-lane ramps at the junction of Sheikh Mohammed bin Zayed Road extending 2,600 metres to ensure free and smooth traffic movement in all directions at the junction.’

The previous bridge on ‘Sheikh Mohammed bin Zayed Road had been improved to allow for the widening of the Dubai-Al Ain Road from three to six lanes in each direction in addition to the construction of service roads on both sides of the road. The total capacity of bridges at the junction will jump to 36,000 vehicles per hour in all directions, which will ensure smooth traffic flow on the Sheikh Mohammed bin Zayed Road from Al Qusais in the direction of Al Ain’, he added.

Six key junctions have been improved which will facilitate smooth traffic flow serving residents on both sides including those from Academic City, Dubai Silicon Oasis, Dubailand Residential Complex, Liwan, and Dubai Design District.

Colourful murals have been painted at roundabouts, junctions and bridges with touches of greenery.

Sheikh Hamdan said that ‘Dubai continues to advance the implementation of infrastructure development plans aimed at enhancing human welfare and catalysing sustainable economic growth.’ He stated the road improvements are a part of a broader strategy to transform Dubai into the ‘world’s best place to live, work and visit as well as strengthen our readiness to meet future needs in one of the fastest-growing cities worldwide.

Sheikh Hamdan was also briefed on two projects under construction.  Al Manama Street Improvement Project will see the existing roundabouts being transformed into signalised junctions. It is expected to be completed in September. The second is the improvement of the Academic City junction on Sheikh Zayed bin Hamdan Al Nahyan Street Project. This is scheduled to be completed in December 2022.

News
Royals
Transport
EDITOR’S PICKS
Here's the full list of UAE public holidays in 2023
READ MORE
23 incredible things to look forward to in the UAE in 2023
READ MORE
Hidden gems: 10 UAE desert pop-ups to discover this winter
READ MORE
Where to travel in 2023: 10 new flight routes from the UAE
READ MORE
MOST POPULAR
Cult Expo bakery, Bread Ahead to open in Mall of The Emirates
First look: Milos by Costas Spiliadis opens in Atlantis the Royal
Upcoming performances, international artists and more in Dubai
16 upcoming shows, sports events, concerts and festivals in Abu Dhabi
Win a holiday around the world with Dubai Creek Resort
YOU SHOULD CHECK OUT
Our website uses cookies and other similar technologies to improve our site and your online experience. By continuing to use our website you consent to cookies being used. Read our privacy policy here.