Atlantis, The Palm is well-known for having a diverse selection of restaurants, but it’s set to become even more of a culinary hotspot with the arrival of a new South American outlet later this year. Joining the likes of Gordon Ramsay’s Bread Street Kitchen, Seafire Steakhouse, Nobu and Wavehouse in The Avenues is En Fuego, which will add South American cuisine to the mix. And if the first renders are anything to go by, a treat for the eyes and taste buds is coming our way. 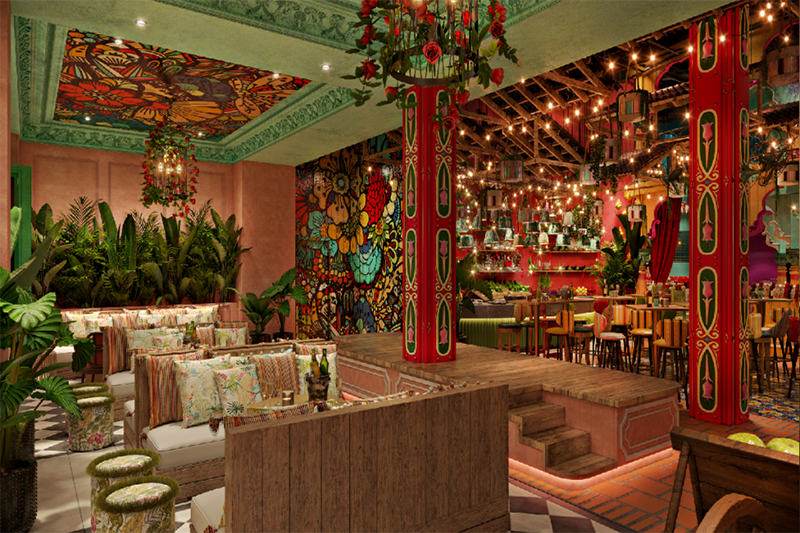 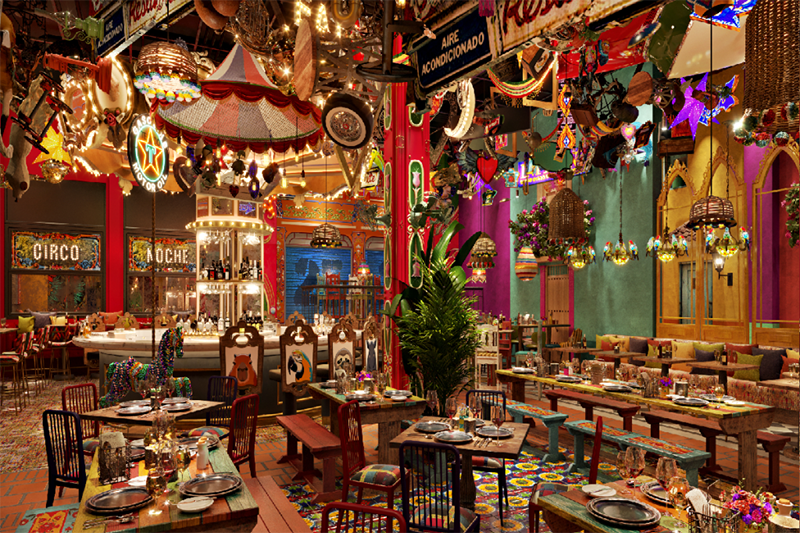 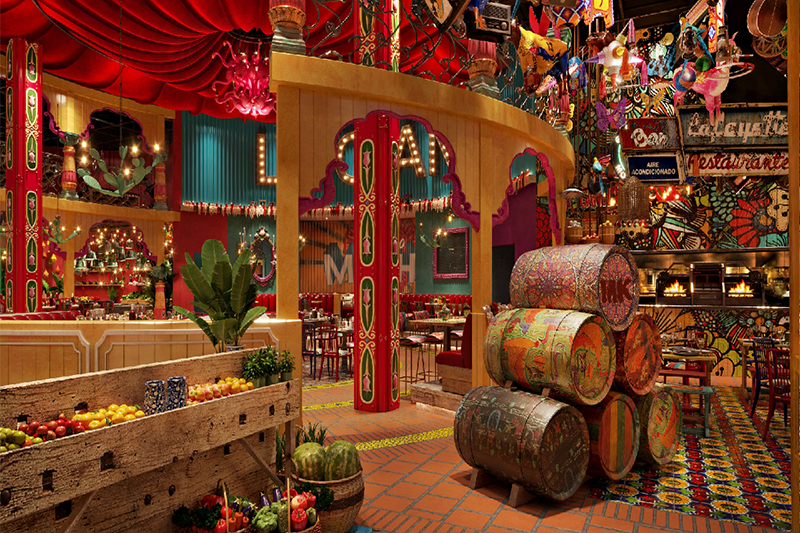 Taking the spot in the Avenues occupied by Ronda Locatelli, the space will say goodbye to its Italian roots in favour of a South American flavour. Slated to open in November, En Fuego is set to be a high-octane, social dining concept with a big focus on entertainment. Drawing the vibrant South American spirit into its roster of performance and live music, you can expect much more than just singers and dancers, with flaming hoop artists, acrobats and even a fire-breathing strong man all on the entertainment roster.

The menu is set to be just as colourful, with Le Cordon Bleu-trained chef Daniel García at the helm of the kitchen. Showcasing a collection of Latin America’s finest dishes and flavours, on the En Fuego menu diners can expect to be taken on a culinary flight from the streets of Rio De Janeiro to the mountains of Peru.

En Fuego is the latest restaurant from Dubai-based hospitality brand Solutions Leisure, who are also behind restaurants including Ula at Dukes The Palm, Asia Asia in Dubai Marina and newly revamped Greenroom in Sports City. It’s the second restaurant they’re launching at Atlantis, with ever-popular entertainment destination Wavehouse also part of their portfolio.

Eat & Drink
Restaurants
EDITOR’S PICKS
Here's the full list of UAE public holidays in 2023
READ MORE
23 incredible things to look forward to in the UAE in 2023
READ MORE
Hidden gems: 10 UAE desert pop-ups to discover this winter
READ MORE
Where to travel in 2023: 10 new flight routes from the UAE
READ MORE
MOST POPULAR
W Abu Dhabi will host a second edition of its sustainable Looped In menu
The UAE law changes on marriage, divorce and child custody to know about from February 1
5 fabulous new Dubai hotels to check-in to
Pics of the week: Your best photos of the UAE
Dhow & Anchor has got you covered every day of the week
YOU SHOULD CHECK OUT
Our website uses cookies and other similar technologies to improve our site and your online experience. By continuing to use our website you consent to cookies being used. Read our privacy policy here.