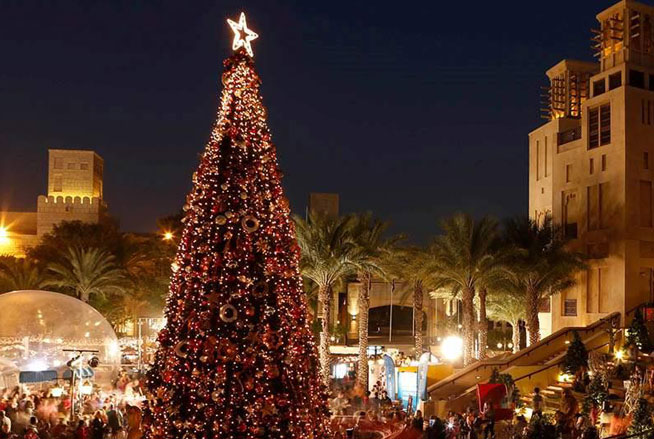 David Guetta live
Hit-making French DJ David Guetta will roll back into the region for the first time since May 2013, taking to the stage at Atlantis. After more than a decade on the club scene, namely with his ‘**** Me I’m Famous’ sessions, the 46-year-old achieved his mainstream breakthrough in 2009 with the album ‘One Love’. Hit singles ‘When Love Takes Over’, ‘Getting Over You’ and the Akon smash all reached No 1 in the UK charts, and with the follow up in 2011, ‘Nothing But The Beat’, enjoying similar success, Guetta has sold over six million albums, and 15 million singles worldwide.

Tickets are still available for the show at AtlantisThePalm.com, Virgin Megastore, and Platinumlist.net priced from Dhs275. 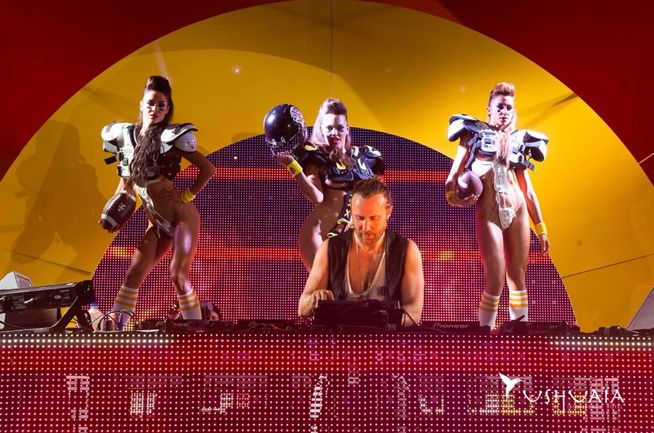 Lobster sliders
Who said lobster has to be expensive? Get your paws on a mini lobster burger at Silvena Rowe’s (above) new place in Jumeirah. Omnia Blue is next to Silvena’s What’s On award-winner Omnia Gourmet.

Detox at Talise spa
One of Dubai’s first juicing companies, Detox Delight, has teamed up with Talise Spa to create a detox package. The best part? It only takes a day. You get treatments including a massage and exfoliation, teamed with a one-day juice detox. Sounds like the perfect post-party recovery to us.

Racing at Meydan
The fourth stage of the qualification process for next year’s Dubai World Cup pits the best of the regions racers against one another. Doors open at 6.30pm. 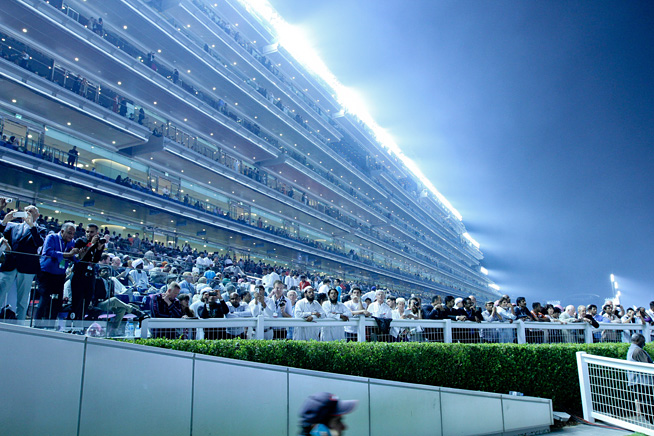 **REMEMBER: IF YOU’RE TRAVELLING TODAY, IT’S EXPECTED TO BE THE BUSIEST DAY EVER AT DUBAI AIRPORT**

Alice In Wonderland
Dive into the surreal world of Mad Hatters, rabbits, and cats with big grins in Lewis Carroll’s story. The cast is made up of professional international actors and children living in Dubai. Read all about our trip behind the scenes of Alice In Wonderland in Dubai. 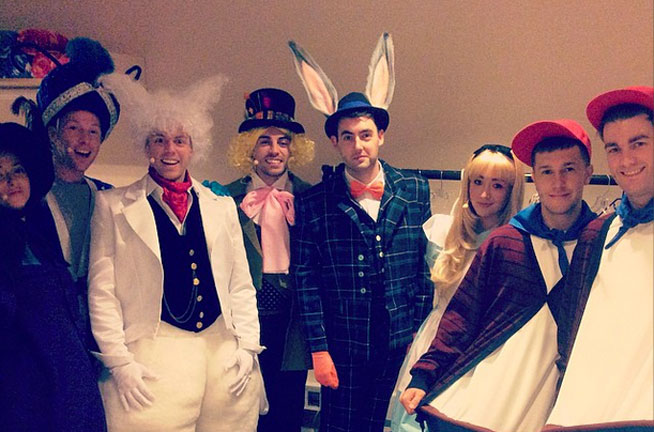 Willy Wonka
We wish we could include a golden ticket in every copy of What’s On that would give you access to Willy Wonka’s Chocolate Factory. But, sadly, the closest you’ll get to the chocolate paradise created by author Roald Dahl in his famous book is seeing the stage musical Willy Wonka in Dubai. 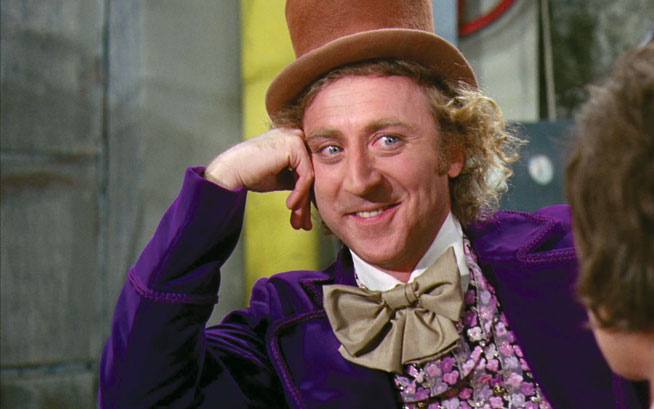 Tinie Tempah at White Dubai
Tinie Tempah is the headline act for WHITE Dubai’s first anniversary celebrations. The British rapper will take to the mic at Meydan’s popular grandstand rooftop club, his first show in the region since RedFest DXB back in February. Fans can expect to hear the Londoner reel off big hit such as ‘Pass Out’, ‘Written In The Stars’, ‘Tsunami’ and ‘Children of the Sun’, as he follows the likes of Jason Derulo, Mr. Probz, Thomas Gold and Cody Wise in performing at the venue. 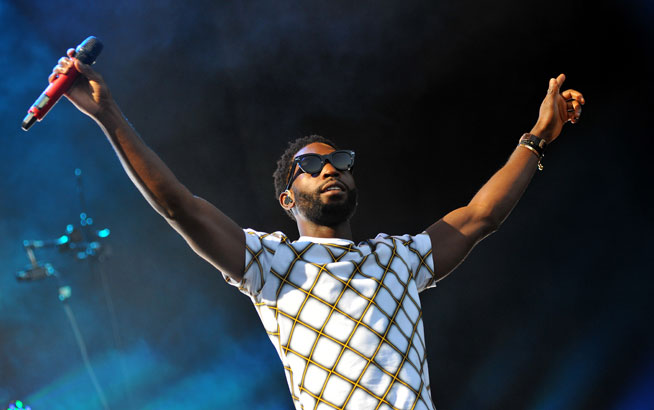 Support the Nike 10k
The popular We Run Dubai 10K is back, this time kicking off in Downtown Dubai on at 7.30am. Full route can be found here >> facebook.com/NikeRunningMiddleEast

Farmer’s Market
Stop by the market on the terrace at Jumeirah Emirates Towers on Friday mornings to get your veg for the week. Try a bit of free pilates, yoga or tai-chi while you’re there. 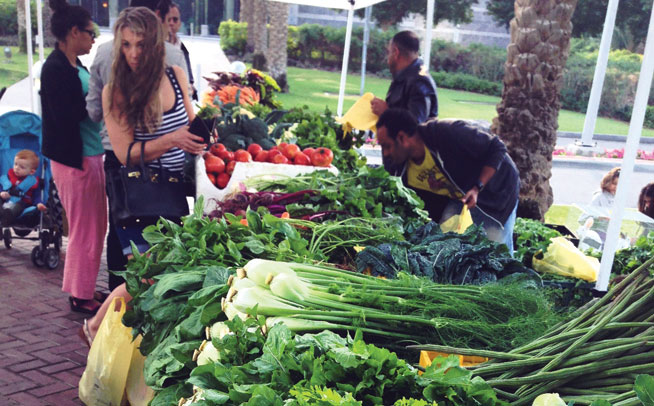 New city market
We love a pop-up concept, and Town Centre in Jumeirah is the latest spot to be be treated to a pop-up market. Marketeerzz is focused on mixing with the region’s 200 nationalities and trading with purpose. The stalls are teeming with handmade goodies and workshops, and talks are scheduled to take place. Bookworms can also get their hands on some cheap reads, with the proceeds going towards The Animal Project. 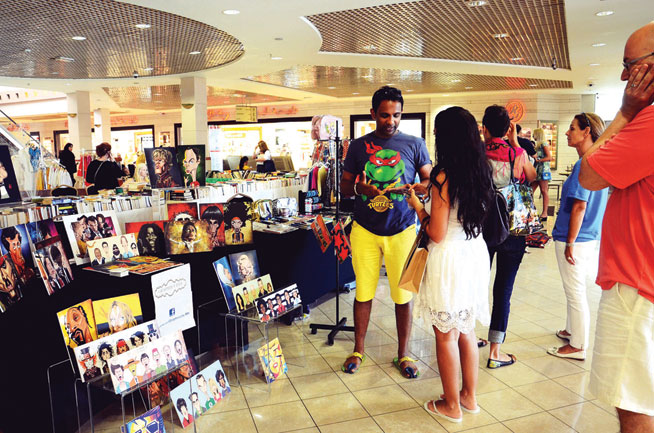 The Beach market
JBR’s The Beach now has another attraction with its collection of market stalls on the sand. We spotted candles, soaps, truffles and vegetables under cute canopies. 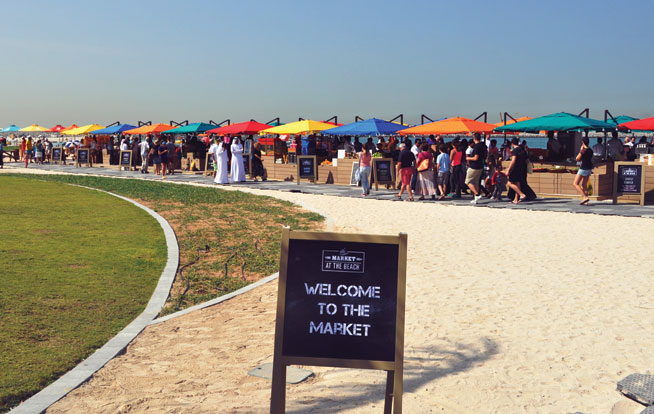 Dubai Mall Christmas Market
Walking in a winter wonderland can be more than just a tune you hum if you visit the Christmas market in Galeries Lafayette. Its chalets are packed with gift ideas such as fragrances, candles, and hampers. There are live cooking stations, visits from Santa, and carols. Oh, and they have a 16-metre Christmas tree covered in 10,000 Swarovski crystals too. 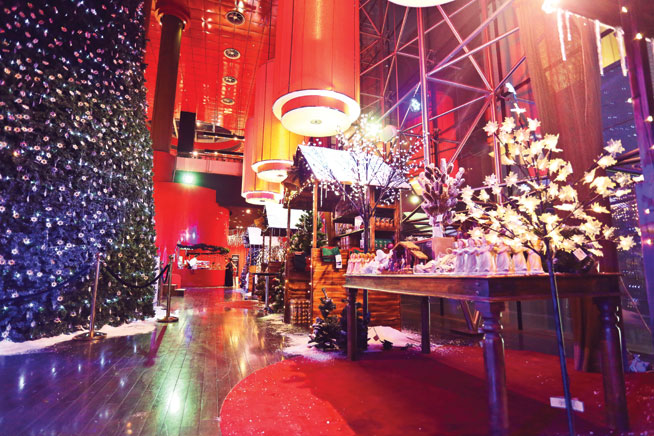 Omar Khairat live
Renowned Egyptian composer will entertain the crowd at World Trade Centre with his jazz and blues melodies.