On December 31 a view of the Burj Khalifa comes at a price. An incredibly hefty one.

Dubai Mall has just announced what it’ll cost you to dine at its waterfront restaurants on New Year’s Eve, and, spoiler alert, it’ll set you back a lot. Used to spending Dhs50 max when you go to Tim Horton’s? Well get ready to eat the most expensive timbit of your life.

For example, a dinner with a view of the fireworks and the fountains at IHOP costs Dhs1,800 – that’s right, at International House of Pancakes. And we’re talking per person. For that price you’ll get a five-course menu and unlimited soft drinks, and you’ll have the table from 9pm until 1am.

The promenade near the Dubai Fountain will be open as per usual throughout December 31, but the mall says it might close it at around 6pm if it gets busy (which it probably will). Then only those with bookings at restaurants will be allowed in.

At burger joint Five Guys you’ll be able to have a normal priced burger inside, but the outside will be blocked off. Dhs1,200 will get you a gold seat (with the best views of the Burj Khalifa) and unlimited food and drink until 11pm (although you can sit at the seat until after the fireworks). Dhs1,000 gets you the same deal on a silver seat, which is also outside but has a slightly less impressive view of the world’s tallest building.

And frapuccinos and plenty of sandwiches with a view at Starbucks? That will cost you Dhs600.

This takes surge pricing to a whole new level.

They also point out that outside seats at the restaurants are subject to availabilty, so if you’re willing to dip into your pocket for a Burj Khalifa view, make sure you confirm when you book that you’ll be outside and will be able to see the fireworks over your cup of tea. Otherwise you’re being truly ripped off.

Here are the various prices per person, each restaurant has its own deals and timings, so if you’re feeling truly balling and fancy booking one it’d be best to call them to talk through what you get: 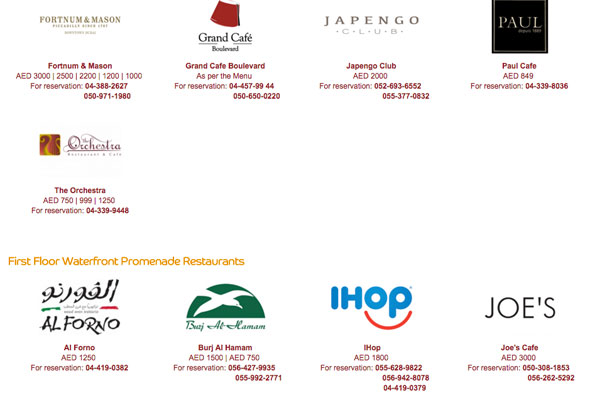 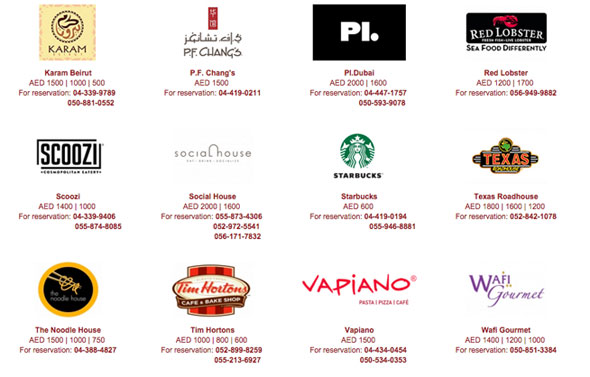 Eat & Drink
Restaurants
EDITOR’S PICKS
Ramadan in Dubai: 50 iftars to try
READ MORE
Where can Dubai residents travel? Check out these 14 destinations
READ MORE
Rumours, facts and reveals: New Abu Dhabi bars and restaurants
READ MORE
UAE announces reduced working hours for Ramadan 2021
READ MORE
MOST POPULAR
Escape to peace and tranquility at the beautiful Al Maha desert resort
So, when is the next UAE public holiday in 2021?
There's a 30 per cent sale taking place during the long weekend on LegalHomeDelivery.com
Pics of the week: Your best photos of the UAE
Here's why you need to visit Mimi Kakushi's new Friday lunch
YOU SHOULD CHECK OUT
Our website uses cookies and other similar technologies to improve our site and your online experience. By continuing to use our website you consent to cookies being used. Read our privacy policy here.