He’s 48. He just walked 340km across the desert in only four days. Oh, and the whole time he only ate nuts, dried meat and dates…

You thought you were fit? Think again.

Meet UAE-based 48-year-old Italian endurance athlete Max Calderan. Dubbed the ‘Son of the Desert’, he recently undertook a challenge of following the Tropic of Cancer by foot.

His journey took him from the Saudi Arabian border to Oman, which took him through the UAE’s Empty Quarter, and totalled 340km (that’s an average of 85km a day).

Oh, and he did it all without really stopping (aside from the odd bite-sized nap), and he managed it all within four days. 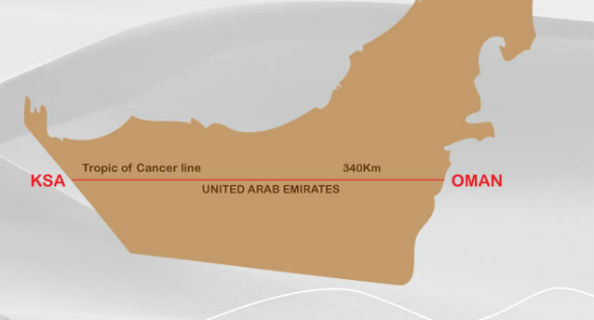 As sustenance, Max took along some water, as well as some nuts, dried meats and dates. He was basically living like a Bedouin, just without a nice big tent to park up in at night. 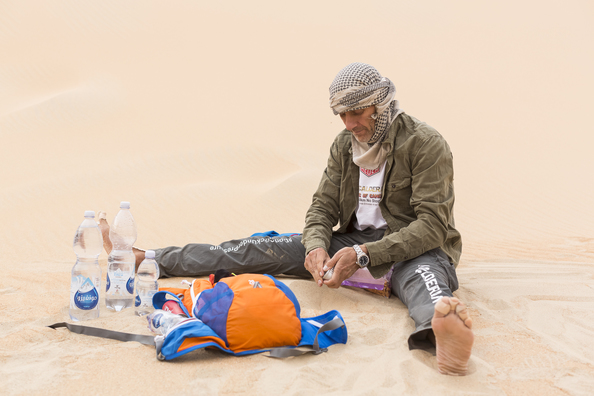 Max is no stranger to crazy expeditions, he previously accomplished a 90-hour, 437km crossing of the Tropic of Cancer in Oman, as well as a 72-hour, 240km journey across the desert of the Sinai Peninsula, while fasting during Ramadan.

*More: A 325-metre base jumping tower may soon be built in Dubai*

The journey was obviously daunting, dangerous and unbelievably difficult. Calderan can be seen in this video posted to his Instagram page, after completing the first 100km, saying how with the soft sand, 1km could sometimes take around one hour to complete…. (click to play):

It wasn’t smooth sailing weather-wise either. Calderan had to deal with the heat, sandstorms and rain, as well as the cold (and animals) of the night. At one point, two of Max’s support cars got caught up in severe conditions, meaning he drifted nearly 35km away from them on the second day.

Here he can be seen hunkering down under a blanket during a desert sandstorm (click to play): 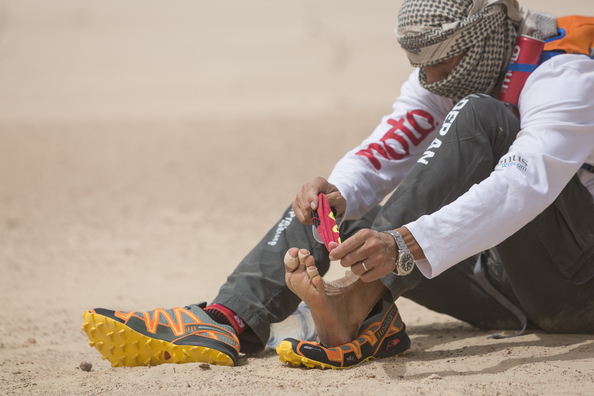 The landscape is monotonous and disorientating… 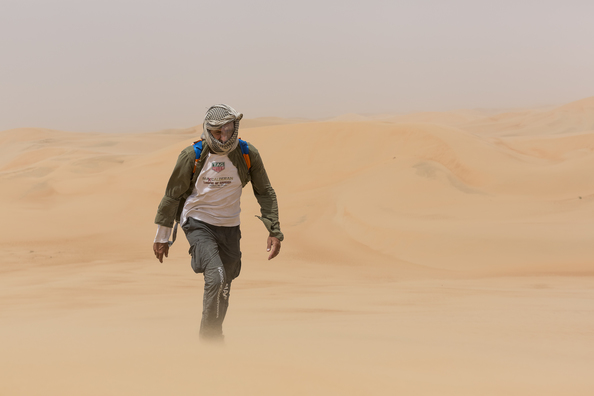 Max took a few small naps a day around dusk, and then walked through the night. 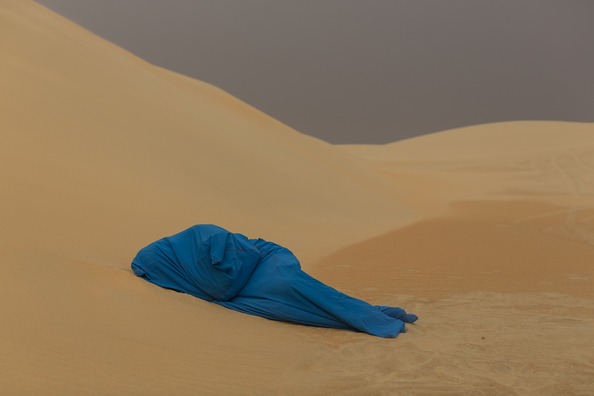 He wore many protective layers to protect against the sand… 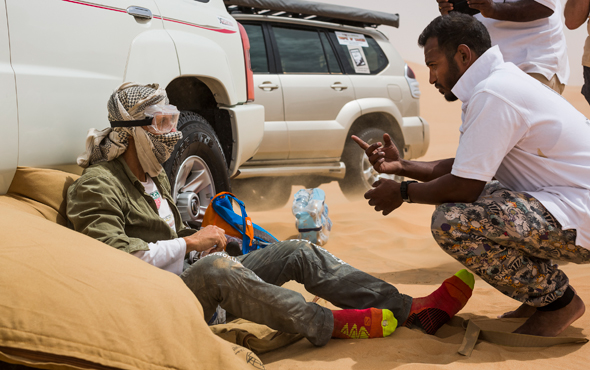 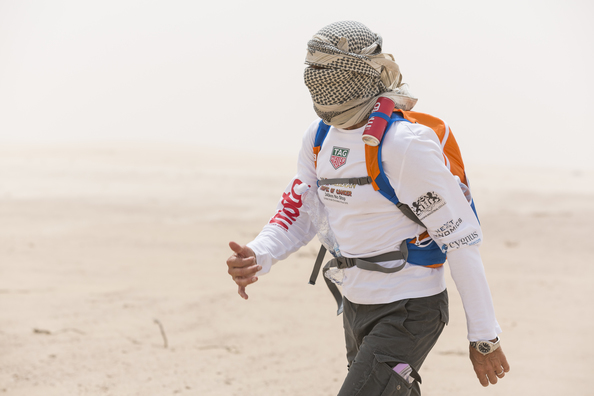 It must have felt all worth it though, as Max powered through to the finish line for an emotional ending. 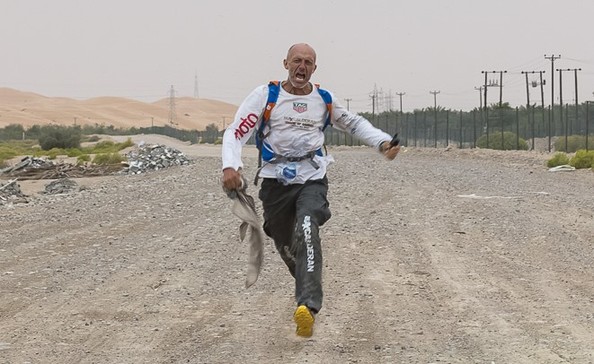 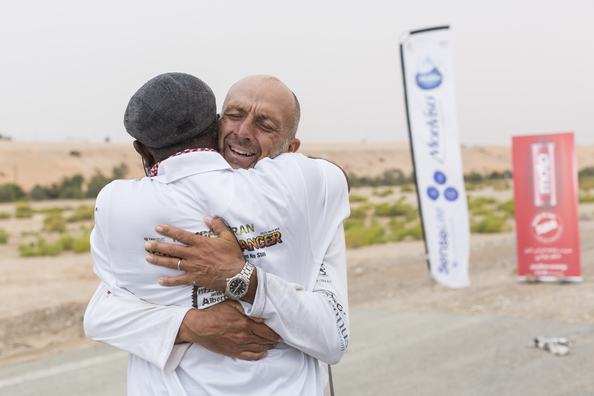 Talking about the journey on his Facebook page, Calderan says it was “The hardest, most incredible, toughest adventure I’ve ever accomplished.”

Albert, a member of Max Calderan’s team said: “Extreme is not the word to describe Max. There’s a limit for everybody. He is limitless.”

News
Outdoor
Sport & Fitness
EDITOR’S PICKS
13 Sheikh Hamdan-approved restaurants in Dubai
READ MORE
Dubai brunches temporarily banned in new preventative measures
READ MORE
12 upcoming Dubai mega-projects we can't wait for
READ MORE
16 of the best beach bars in Dubai for sundowners
READ MORE
MOST POPULAR
Enjoy brunch, breakfast and a stay at Westin Abu Dhabi from Dhs432
Get a free gym class at this cool new Dubai gym
Pics of the week: Your best photos of the UAE
Emirates Airlines and DHA to implement digital verification of traveller medical records
7 of the tastiest breakfast burgers, buns and baps in Dubai
YOU SHOULD CHECK OUT
Our website uses cookies and other similar technologies to improve our site and your online experience. By continuing to use our website you consent to cookies being used. Read our privacy policy here.