The Atrium at Al Habtoor City: What to expect when it opens

Just in: The hotels are almost open and there will also be a dining venue in the middle of Al Habtoor City featuring seven distinct bars and restaurants.

First the Metropolitan Hotel and the beloved baseball pitch were demolished, and then Al Habtoor City started rising from the ground.

We’ve all seen the buildings slowly come together as we whizz pass them on Sheikh Zayed Road. It’s hard to imagine how much that area is about to change considering that is where the Dubai Canal will pass through from Business Bay to Jumeirah.

Well, it’s all starting to take shape, as the St Regis Dubai has opened, the W hotel is very close to opening and The Westin is in the final stages of construction. We’ve now also discovered that there will be a dining complex in the centre of the new ‘city’ called The Atrium (which we’re imagining will be kind of like Pier 7).

*MORE: Dubai Canal 80 per cent complete: here’s what to expect*

The Atrium will be in the centre of the three new hotels and will have seven different restaurants and bars spread across five levels.

Here’s a rendering showing a bit of what it will look like: 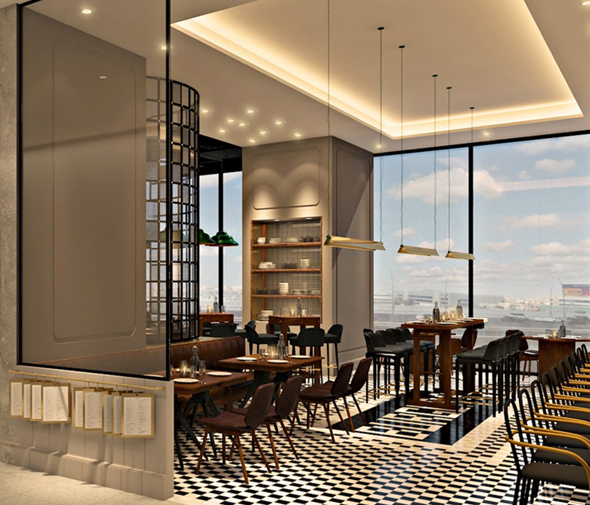 What we know will be opening there soon…

Blind Dragon – a plush, Asian-themed cocktail lounge – will be opening in The Atrium this summer. There’s already a Blind Dragon on the Sunset Strip in West Hollywood and so we know we can expect private karaoke rooms and a cosy and intimate feel. Here’s what the Stateside Blind Dragon looks like: 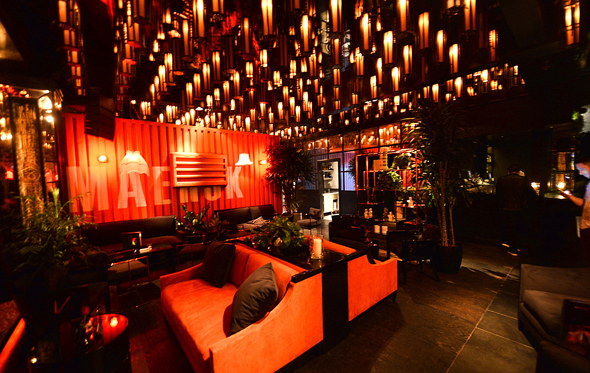 And here’s a rendering that shows what Blind Dragon Dubai will look like: 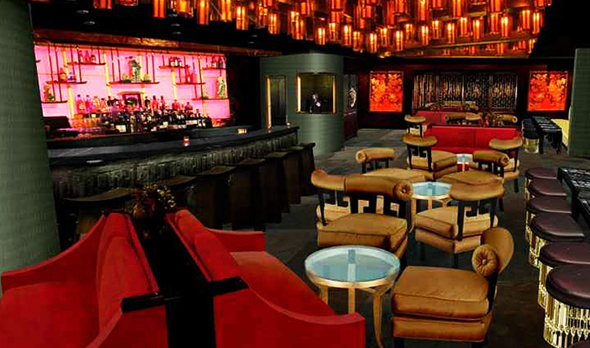 Another opening we know about is ZOCO, which will be a Mexican and Latin American lounge serving refined food (zoco translates from Spanish to souk). Here’s a glimpse of what the food at Zoco will look like: 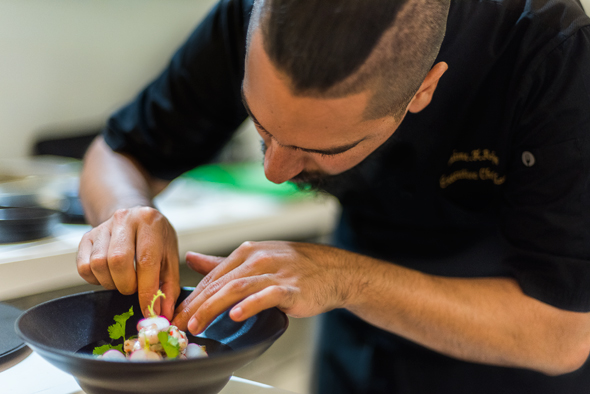 And the other spot we know is definitely opening at The Atrium is classic English pub The Rose & Crown. Here’s what that will look like: 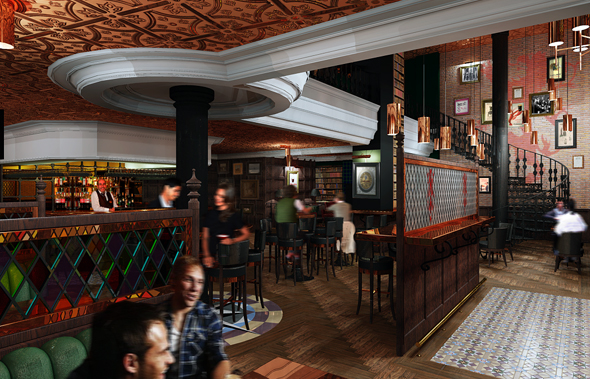 The Marina Promenade will line the waterfront of the Canal and feature shopping, al fresco dining and a Bentley Café: 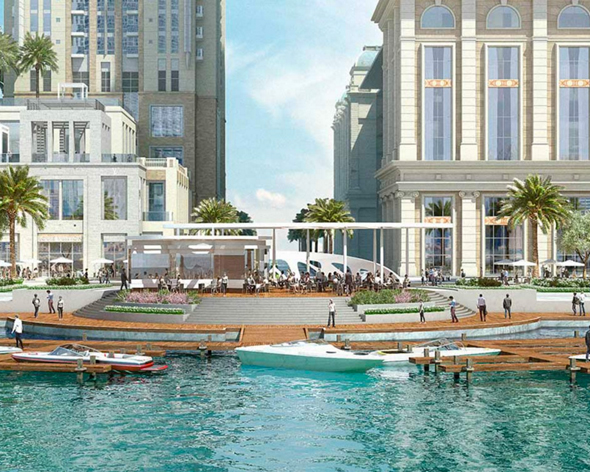 This is the Boulevard. It will be an open air (but covered) walkway between two of the tall buildings in Al Habtoor City with shops and greenery:

We’ll keep you posted on any more updates!

Bars
Eat & Drink
News
Nightlife
Restaurants
EDITOR’S PICKS
Ramadan in Dubai: 50 iftars to try
READ MORE
Where can Dubai residents travel? Check out these 14 destinations
READ MORE
Rumours, facts and reveals: New Abu Dhabi bars and restaurants
READ MORE
UAE announces reduced working hours for Ramadan 2021
READ MORE
MOST POPULAR
Looking for a long stay in a popular Dubai location? Check out Hilton Dubai The Walk...
Review: Is The Orangery your favourite new date night spot?
Deals and discounts: It's all about the ladies on Tuesdays at La Mer
Here's how you could win Dhs50 million this Eid weekend
What's On's epic Lock In staycation is returning to Dubai this month
YOU SHOULD CHECK OUT
Our website uses cookies and other similar technologies to improve our site and your online experience. By continuing to use our website you consent to cookies being used. Read our privacy policy here.