Written by:
Nyree McFarlane
1st May 2016

The design for the UAE Pavilion at the Dubai World Expo 2020 has been chosen, and the building will pay homage to a falcon in flight.

The architect behind the bold design (pictured above) is Spaniard Santiago Calatrava, who is also behind The Tower at Dubai Creek Harbour – you know, the building that will be a touch taller than the Burj Khalifa.

Spanish architect Santiago Calatrava is making his mark on Dubai: the stunningly tall The Tower at the upcoming Dubai Creek Harbour has also been designed by him.

The falcon concept won out after a seven-month design competition for the pavilion that was managed by Masdar, Abu Dhabi’s renewable energy company. And so while details about the building are limited at the moment, we imagine sustainability will be a key aspect. The competition saw nine of the world’s most ‘star’ architecture firms submit 11 concepts.

The UAE Pavilion will look out over Al Wasl Plaza, which will act as the centre of the 200-hectare Dubai Expo zone.

“The proposed design of the UAE Pavilion captures the story we want to tell the world about our nation,” said Dr Sultan Ahmed Al Jaber, the National Media Council chairman.

“Our late founding father Sheikh Zayed bin Sultan Al Nahyan used falconry expeditions to forge connections between tribes and to create a distinct national identity which ultimately led to the founding of the United Arab Emirates,” Al Jaber explained of the heritage significance of the design.

The City of Arts and Sciences in Valencia. 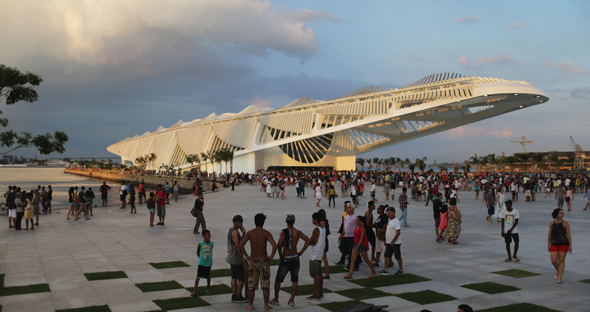 The Museum Of Tomorrow In Rio De Janeiro, Brazil 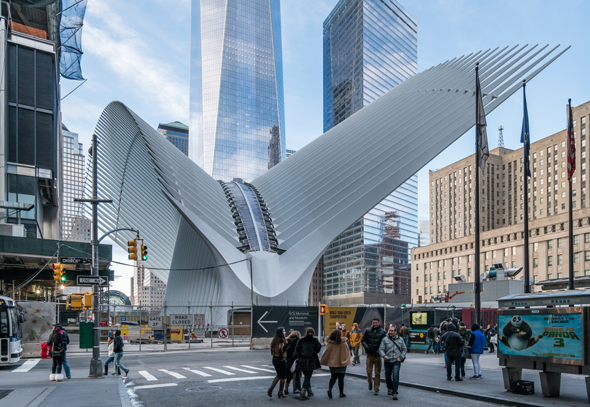 Over 25 million visitors are expect to visit the Dubai World Expo from October 2020 to April 2021, and the falcon-like UAE Pavilion will house exhibitions and initiatives that represent the UAE to the world and follow the theme ‘Connecting Minds, Creating the Future’.

What will happen to the buildings after the Expo is over? Well, Helal Al Marri, the Director General of Dubai Department of Tourism, told Bureau International Des Expositions that they “will utilise the assets that are built there such as the exhibitions and entertainment facilities, to create a smart city that will become a benchmark for the rest of the world”.

He added that the development for the Expo will also “ensure the right hospitality offering” is available near “the new airport of Dubai that will be the largest airport in the world.”

Culture
News
EDITOR’S PICKS
13 Sheikh Hamdan-approved restaurants in Dubai
READ MORE
Dubai brunches temporarily banned in new preventative measures
READ MORE
12 upcoming Dubai mega-projects we can't wait for
READ MORE
16 of the best beach bars in Dubai for sundowners
READ MORE
MOST POPULAR
Abu Dhabi restaurants where you can celebrate your love of Spritz
6 great beachside breakfast spots to try in Dubai this weekend
7 great deals to check out in Original Wings & Rings in March
Throwback: Check out these photos of the UAE's first hotel
5 empowering ways to celebrate International Women's Day in Dubai
YOU SHOULD CHECK OUT
Our website uses cookies and other similar technologies to improve our site and your online experience. By continuing to use our website you consent to cookies being used. Read our privacy policy here.