The Tower Dubai will be taller than the Burj Khalifa

Looking over Dubai Creek, new building The Tower will stand higher than its neighbour the Burj Khalifa. Details here…

It has just been announced that The Tower, which will sit along the Dubai Creek, will be a “notch higher” than the Burj Khalifa when complete.

With construction starting soon, the targeted completion date for Emaar’s latest project is 2020. Whether it will be taller than Kingdom Tower in Jeddah (which will trump the Burj Khalifa and become the world’s tallest tower when completed in 2018) hasn’t been confirmed, or denied, by Emaar. 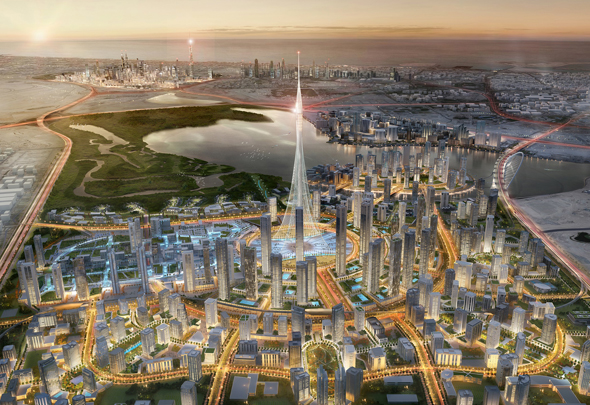 Inspired by Islamic architecture and part of the Dubai Creek Harbour development, the tower that is inspired by a blooming lily will be an architectural and engineering marvel due to its eye-catchingly slender design, the delicate mesh-like structure around it and, of course, its mammoth size. It will cost around Dhs3.67 billion to construct. 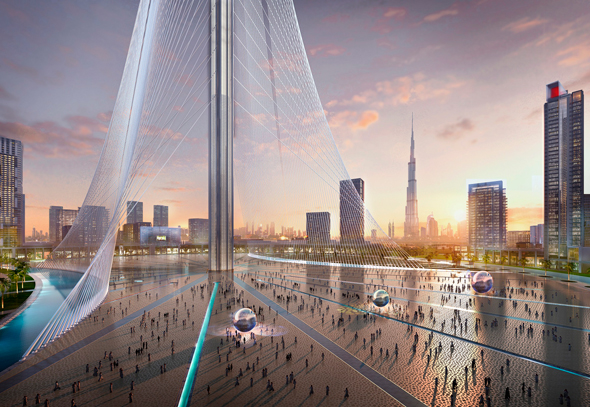 The architectural team confirmed that visitors will be able to go to near the very top of the tower, and will be able to stand on a 360 degree viewing deck, while the VIP observation decks will “recreate the splendour of the Hanging Gardens of Babylon”. Oh, and there will be balcony viewing decks that rotate around the tower. Umm, cool.

Here’s a video that shows how the rotating balconies will work: 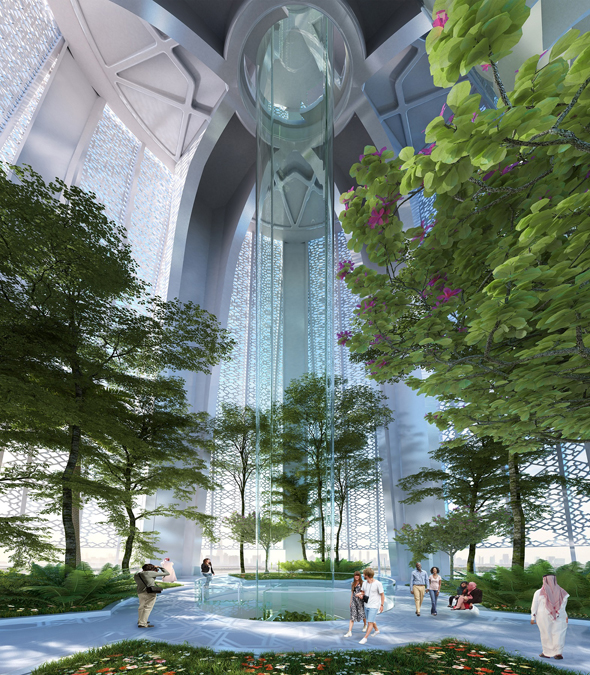 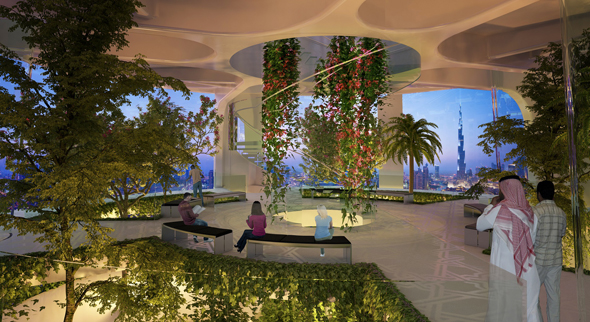 The new tower will, in the words of H.H Sheikh Mohammed bin Rashid Al Maktoum, ruler of Dubai and Vice President of the UAE, “be as great as the Burj Khalifa and Eiffel Tower”.

Exactly how tall the tower is will likely be revealed at its opening, but Emaar has confirmed that it will be taller than the Burj Khalifa (burn).

Here’s a closer glimpse at the building (click to play):

The Dubai Creek Harbour development sits near the Ras Al Khor area of Dubai. The huge under-construction suburb will feature eight million square feet of retail space, 39,000 apartments and homes, 22 hotels and another project called Dubai Twin Towers (these will be the tallest twin towers in the world, naturally).

It will also have a 4.5 kilometre Creek Boardwalk, which is sure to be a lovely area to walk around considering how close Dubai Creek Harbour will be to natural wetlands and the Ras Al Khor wildlife sanctuary (which is home to 67 species of birds). 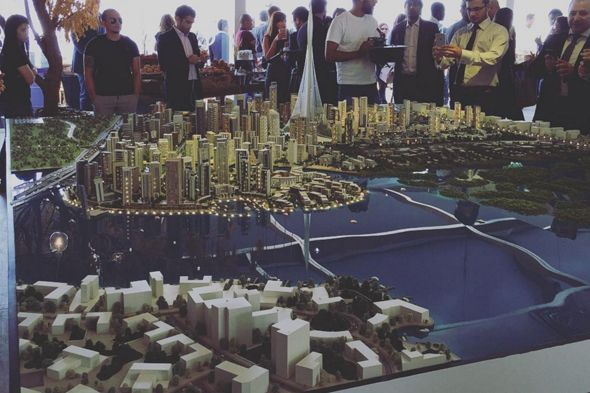 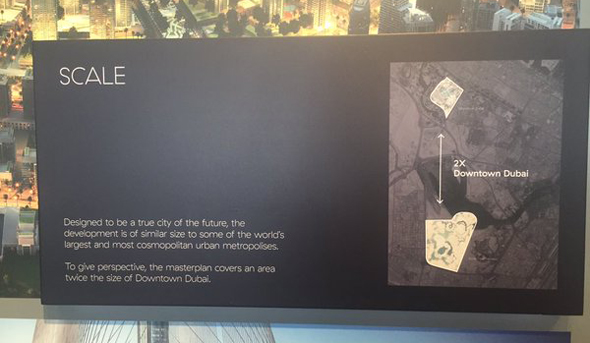 “The Dubai Creek is the cradle of our heritage; an arterial lifeline that has underpinned Dubai’s growth,” said Mohammed Ali Rashed Alabbar, the Chairman of Emaar, when discussing the location for the new development.

The development will be pedestrian friendly and connected to several transport modes. There will also be a new Creek Bridge linking the two banks of the Creek, as well as eco-resorts, landscaped gardens and water features.

The design for the bold building was approved in early February by Sheikh Mohammed.

He was shown a display of six proposed designs for the building, and he chose the work of Spanish-Swiss ‘starchitect’ Santiago Calatrava Valls. Other designs by Valls include the Chicago Spire Tower, the Sharq Crossing in Doha, the Museum of Tomorrow in Brazil and the Peace Bridge in Canada.

Here’s the view from the cafe:

Here are the details: Ras Al Khor Road (just past the petrol station and before the wildlife sanctuary if driving toward Business Bay). 10am to 10pm, Friday and Saturday. 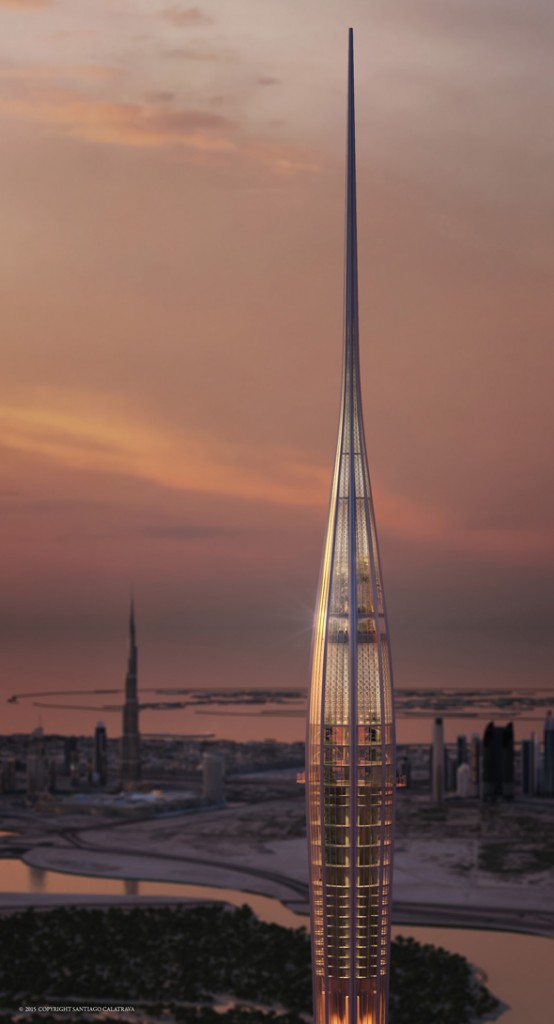