The story behind the new Dubai Expo 2020 logo

Sheikh Mohammed has revealed the new Dubai Expo 2020 logo, and the story behind it is beautiful…

A ring found at a 4,000-year-old archaeological site in the desert is the inspiration behind the new Dubai Expo 2020 logo.

The winning design was revealed by H.H. Sheikh Mohammed, Ruler of Dubai and Vice President of the UAE, at an event in the Armani Hotel last night.

“The design of the logo is inspired by a civilisation that existed 4,000 years ago in an area extending from Baynounah in Abu Dhabi to Saroug Al Hadeed in Dubai and from Maliha Valley in Sharjah to the mountains of Ras Al Khaimah and Fujairah,” explained Sheikh Mohammed.

“This land connected ancient civilisations and we will continue to be a hub that connects the world.”

He went on to say that the logo “represents our message to the world that our civilization has deep roots.”

This message that serves to remind people of the UAE’s ancient origins is particularly apt considering how many people think the culture of the country is a new one.

Here is the winning logo:

And here’s a bit more about the story behind it:

After the announcement the logo was projected onto the Burj Khalifa in celebration: 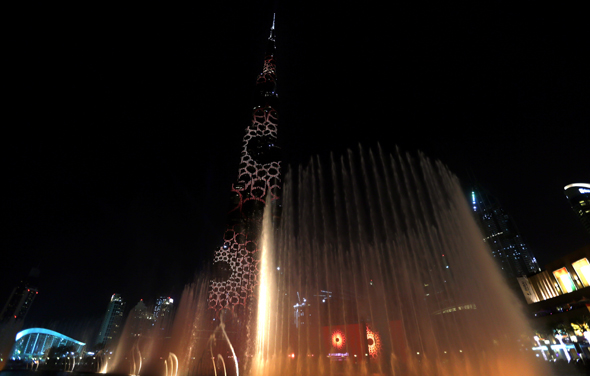 The Expo 2020 will run from October 2020 to April 2021 and is expected to attract 25 million visitors to the site near Jebel Ali. Construction on the area will begin this July.

The theme will be Connecting Minds, Creating The Future, and the six months will see hundreds of companies and people from many countries getting together to discuss ideas and foster creativity.

Here’s Sheikh Mohammed holding up the 4,000-year-old ring that inspired the logo: 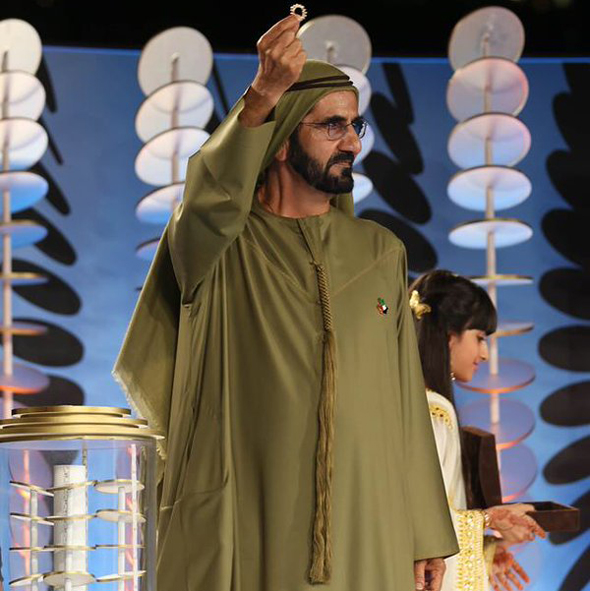 And here’s Sheikh Mohammed at the archaeological site where the ring was found: 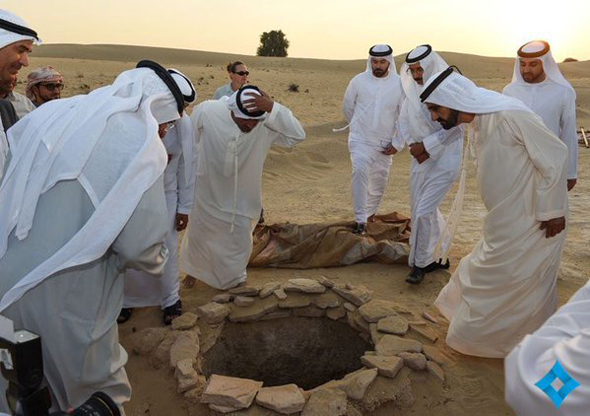 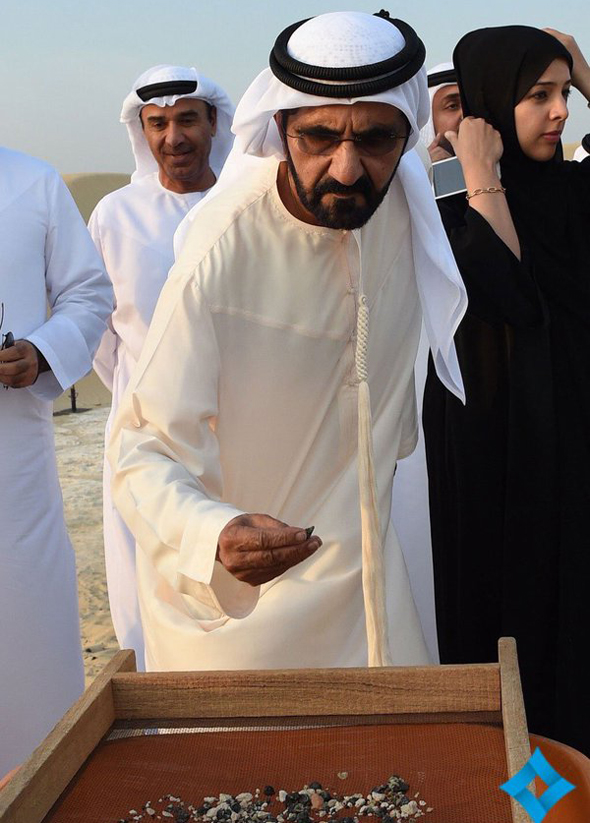 The ring is just one of the discoveries from the area, where over 10,000 artefacts have been found (it’s thought that over 90 per cent of the area is still underground and yet to be discovered).

Here’s a sample of some other finds from the area: 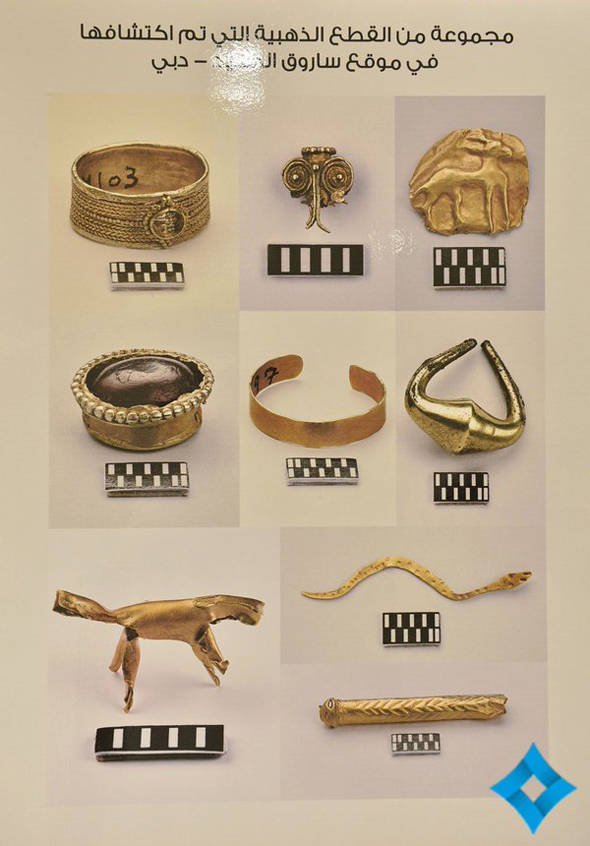 In other archaeological news, new excavations on Marawah Island in the west of the Abu Dhabi emirate have discovered human remains that are over 7,000 years old (making it a Stone Age discovery).

And, in case you missed it, here’s the bid film that helped win Dubai the Expo 2020:

Culture
News
EDITOR’S PICKS
13 Sheikh Hamdan-approved restaurants in Dubai
READ MORE
Dubai brunches temporarily banned in new preventative measures
READ MORE
12 upcoming Dubai mega-projects we can't wait for
READ MORE
16 of the best beach bars in Dubai for sundowners
READ MORE
MOST POPULAR
Abu Dhabi restaurants where you can celebrate your love of Spritz
6 great beachside breakfast spots to try in Dubai this weekend
7 great deals to check out in Original Wings & Rings in March
Throwback: Check out these photos of the UAE's first hotel
5 empowering ways to celebrate International Women's Day in Dubai
YOU SHOULD CHECK OUT
Our website uses cookies and other similar technologies to improve our site and your online experience. By continuing to use our website you consent to cookies being used. Read our privacy policy here.