Will Smith: 'Man, I love Dubai'

Our suspicions have been confirmed, regular visitor Will Smith loves this city…

Will Smith has flown in and out of the UAE many times over the past few years, and is coming back next week to promote his new film Suicide Squad. Why does he keep coming back? Well the actor told Virgin Radio yesterday that it’s one of his favourite places in the world:

“Man, I love Dubai,” the 47-year-old told Kris Fade. “My two favourite cities on earth are Dubai and Miami.”

“That’s where I go when I want to have some fun,” he explained. Yalla Will, any time!

“The way that Dubai dreams is really similar to how I dream,” he explained of the UAE’s ambition. Adding, “The ideas of how things should look and how people should live, it just really fits my spirit.”

Here he is having some fun in Miami:

Party in the city where the heat is on… All night, on the beach till the break of dawn. (PS: Will, the heat is on here too. Like seriously cranked).

The star will fly into the emirate to promote the upcoming film, attending an invite-only premiere at Vox Deira City Centre on August 7.

“It’s funny, there’s action, there’s a couple of spots where you might cry,” he said of the much-anticipated film.

Here’s his chat with Kris Fade in full…

And while we do love Dubai, we don’t mind being put in the same boat as Miami… 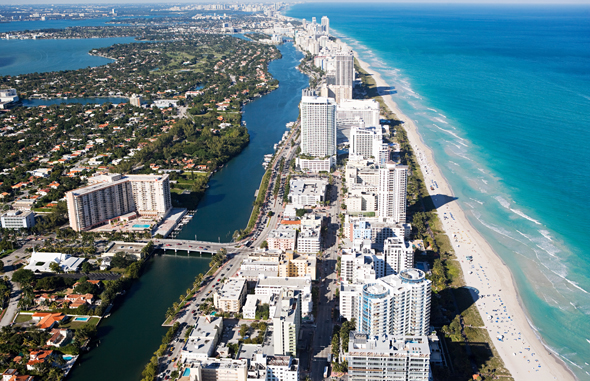 WILL SMITH IN DUBAI

The 47-year-old is no stranger to the city – in December 2013 he made an impromptu appearance alongside DJ mate Jazzy Jeff at Barasti, in which he rattled off a small collection of classics, including Gettin’ Jiggy Wit It, for the awestruck crowd. 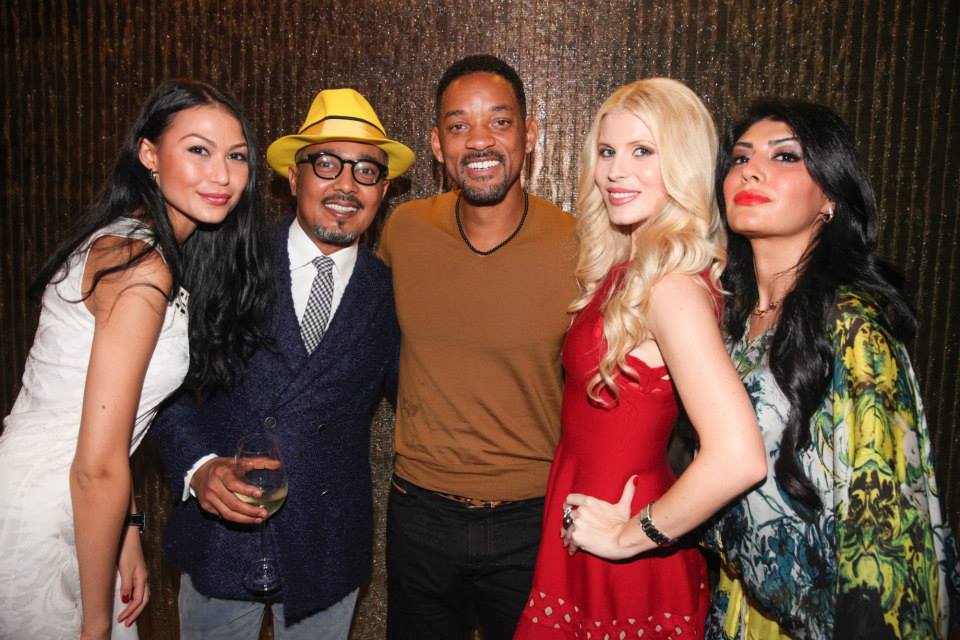 *ALSO READ: The movies coming out in UAE cinemas this summer*

In January 2014 he was spotted skydiving in the city and hanging out with actor Tyrese, and in October last year he came to Dubai for a romantic break with his wife of 19 years Jada Pinkett Smith (the picture above is from that trip). 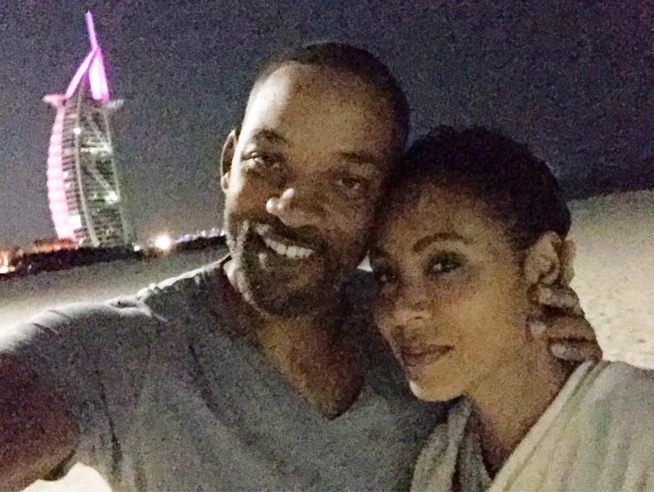 With wife Jada in October 2015 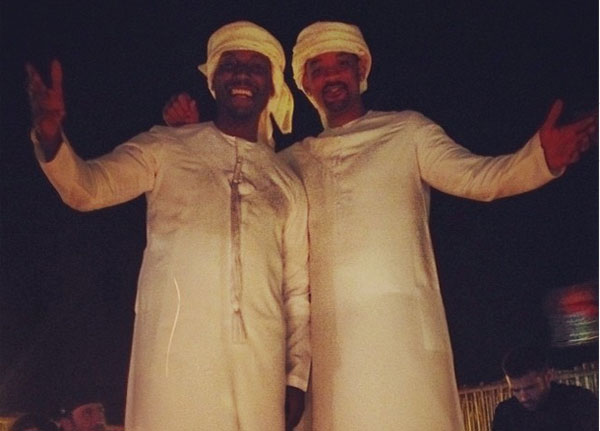 Hanging with Tyrese in January 2014 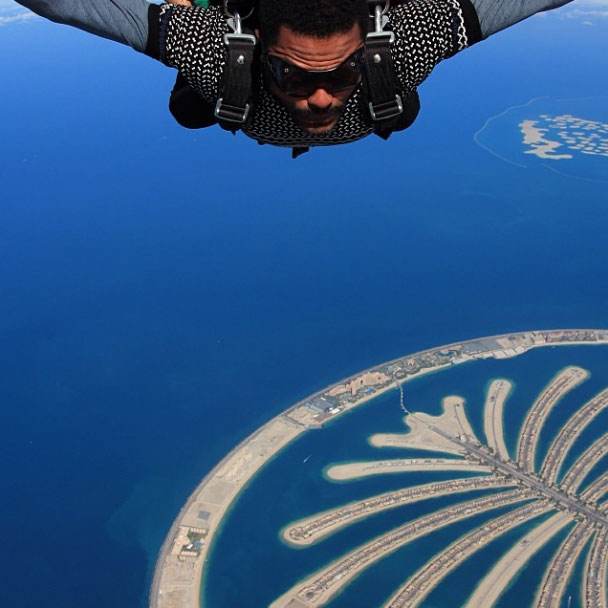 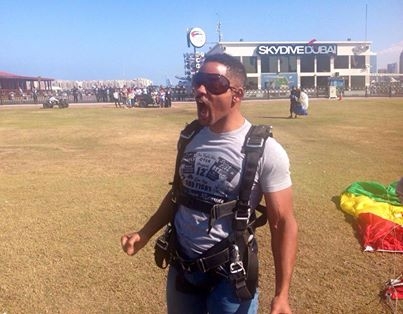 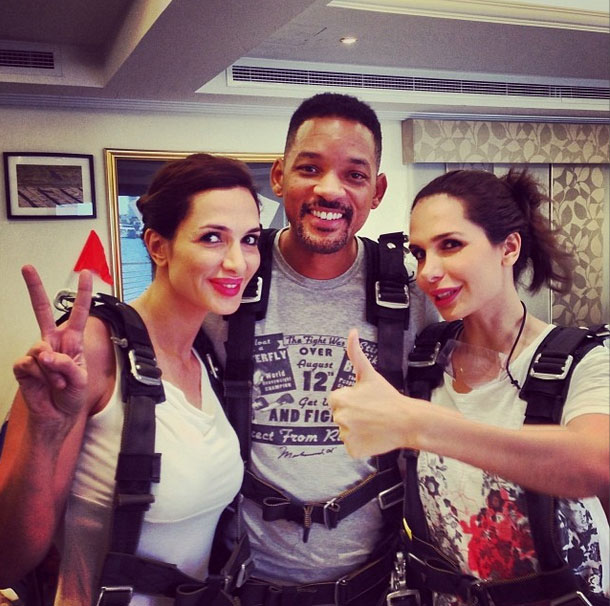 Getting a skydive in on the same trip

Culture
Film
EDITOR’S PICKS
Dubai hotels and restaurants to suspend entertainment until further notice
READ MORE
9 royal-approved Dubai restaurants
READ MORE
16 of the best beach bars in Dubai for sundowners
READ MORE
Where to get the Covid-19 vaccine in Dubai, Abu Dhabi and across the UAE
READ MORE
MOST POPULAR
Dubai announces new restrictions on restaurants, gyms, weddings and social events
8 of the best homegrown burger concepts in Dubai
Direct Etihad flights to Qatar from Abu Dhabi are inbound next week
Dubai Health Authority answers your questions regarding the vaccination
Expo Dubai 2020: What’s inside the Sustainability Pavilion?
YOU SHOULD CHECK OUT
Our website uses cookies and other similar technologies to improve our site and your online experience. By continuing to use our website you consent to cookies being used. Read our privacy policy here.