17 great movies coming out in the UAE this summer

As we all know, it gets a little toasty in the UAE during the summer months. Even sitting by the pool can be a struggle and leaves us in search of indoor activities to escape the searing heat.

Luckily, there’s a slew of great movies getting released in the coming months – everything from horrors to chick flicks, and actions to comedies.

So if you were looking for a way to while away the day, here are 17 great movies getting released in cinemas this summer, sorted by release date….

20 years after the first Independence Day invasion, it seems the aliens are back to take over the Earth – and this time they’re a little more prepared.

The friendly, forgetful blue fish from Finding Nemo reunites with her loved ones and everyone learns a few things about family along the way.

Trapped on the streets of Washington DC, a senator looking to end the Purge tradition must survive the annual night of terror where all crime is legal for 12 hours.

30 years after the original franchise, the all-new all-female Ghostbusters team try to rid New York of ghosts that can possess humans.

6. Central Intelligence – July 14
After being bullied as a teen for being overweight, Bob Stone (Dwayne Johnson) shows up to a high school reunion looking, well, like The Rock. There he finds Calvin Joyner (Kevin Hart) who misses his glory days as an athlete. Now that Bob is CIA, he recruits Calvin to help him save the compromised US spy satellite system.

7. Alice in Wonderland 2: Through the Looking Glass – July 21

Alice returns to the world of Wonderland, and has to travel back in time to save the Mad Hatter.

Paranormal investigators Ed and Lorraine Warren head to the UK to help a family terrorised by a dark presence in their farmhouse.

The USS Enterprise crew explore the farthest reaches of uncharted space where they encounter a mysterious new enemy who puts them and everything the Federation stands for to the test. Part of this film was shot in Dubai, read all about that here, and it will be poignant to watch the film due to recent untimely death of its star Anton Yelchin.

Here’s the cast and crew talking about filming in Dubai…

After having acclimated to his life in London, Tarzan (Alexander Skarsgard) is called back to the jungle to investigate the activities at a mining encampment. Also starring Margot Robbie and the always-excellent Christoph Waltz.

Now that he remembers who he is, Jason Bourne sets out to uncover the hidden truths about his past.

Scrat the squirrel’s pursuit of the elusive acorn catapults him into space, which accidentally sets off a series of cosmic events that threaten to transform the planet. To save themselves, Manny, Sid and Diego must embark on an adventure to find new lands.

A secret arm of the government recruits imprisoned supervillains in order to execute dangerous black ops missions in exchange for their clemency.

A woman and her son are haunted by a spirit that only appears when the lights are off.

Nancy (Blake Lively) is surfing on a secluded beach when she finds herself in the middle of a great white shark’s feeding ground. Although she is a mere 200 yards from the shore, survival proves to be the ultimate test of wills. 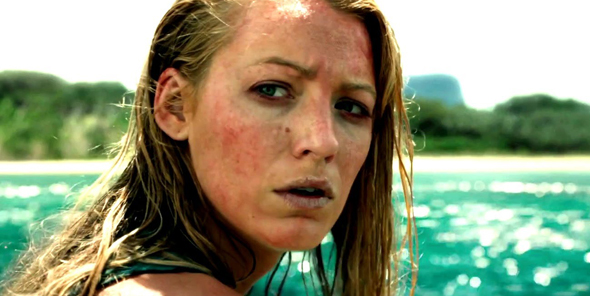 Ten-year-old Sophie meets the Big Friendly Giant, and as their friendship grows, Sophie’s presence attracts the unwanted attention of Bloodbottler, Fleshlumpeater and other giants. Sophie and the BFG must convince Queen Victoria to help them get rid of all the bad giants once and for all.

An animated movie making light of the secret lives of housepets when their owners aren’t home.

Culture
Film
News
EDITOR’S PICKS
What’s On Nightlife Awards 2021: Here are the nominees...
READ MORE
It's back! What's On Lock In returns to Media One Hotel
READ MORE
Arts and culture: 5 spots we can't wait to visit at Expo 2020 Dubai
READ MORE
UAE petrol prices are set to decrease in September 2021
READ MORE
MOST POPULAR
Abu Dhabi: Wristband no longer required for most home quarantine
As of September 19, PCR test not required to enter Abu Dhabi from UAE
This new family-friendly brunch includes free cinema tickets
Pics of the week: Your best photos of the UAE
How to use Playkey.me, the region's first supercharged cloud gaming service
YOU SHOULD CHECK OUT
Our website uses cookies and other similar technologies to improve our site and your online experience. By continuing to use our website you consent to cookies being used. Read our privacy policy here.