Here's proof that Sheikh Mohammed is the real-life horse whisperer

“Through their eye you can see their heart. It’s fantastic.”

It’s no secret that the Dubai royal family are fond of their horses. The current kingpin, especially.

H.H. Sheikh Mohammed bin Rashid Al Maktoum, Vice President and Prime Minister of the UAE and Ruler of Dubai is one of the most well-known and important members in the equestrian industry worldwide.

He owns Darley Stud in Suffolk in the United Kingdom, which is the largest horse breeding operation in the world, and is the current owner of Godolphin – a thoroughbred horse-racing stable in Dubai.

The family has won many classics all over the world – from the British Classics to the high-stakes Dubai World Cup. 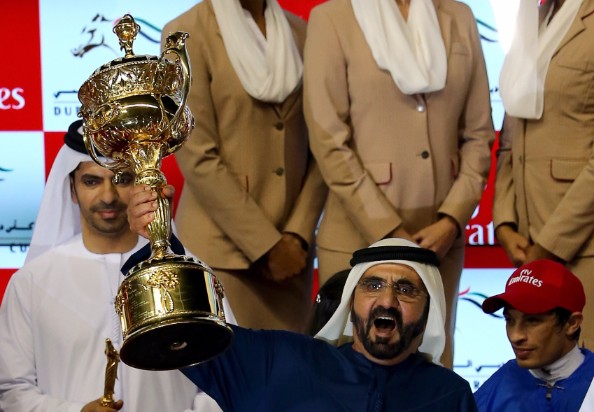 He’s also an excellent rider: at the age of 63, Sheikh Mohammed himself won the 2012 World Endurance Championship over a 160km course.

SHEIKH MOHAMMED ON HIS PASSION FOR HORSES

In a video interview from 2008, he explained. “The creation of the horse is in the Arabian Peninsula – where I come from. If you see this fantastic, magnificent thoroughbred, it has to have Arabic blood in it. Otherwise, you will not see a racing horse.” 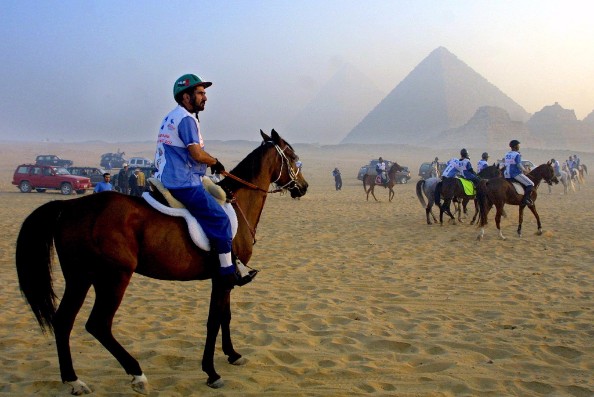 Sheikh Mohammed’s love for horses shines through when he says, “Some horses just give you that feeling you know… telling you that there is something about them.

“Through their eye you can see their heart. It’s fantastic.”

Here’s a video compilation of Sheikh Mohammed with his horses:

Here are some reported horse transactions that show how H.H. Sheikh Mohammed is willing to pay top dollar towards his passion.

– In 2008, it was reported that over the past 13 years in US sales alone, the Al Maktoum family spent a whopping Dhs1.05 billion on thoroughbred horses.

– In 2014 and in just two days Sheikh Mohammed bought dozens of yearlings (a one or two-year-old foal) for Dhs102.3 million.

News
Sport & Fitness
EDITOR’S PICKS
UAE holiday dates announced for Eid Al Adha
READ MORE
Another update: Emirates extends suspension of flights from India to UAE
READ MORE
Coming soon: Everything we know about Ain Dubai so far
READ MORE
Khorfakkan set to open new tourist attraction 580 metres above sea level
READ MORE
MOST POPULAR
A fun new Saturday brunch is launching at MASTI Dubai
Review: Newton
Free chicken wings for three days at this celeb-fave Abu Dhabi restaurant
Review: Explore the Palm Jumeirah with a stay at St. Regis Dubai, The Palm
Etihad: India flights on hold until at least August 2
YOU SHOULD CHECK OUT
Our website uses cookies and other similar technologies to improve our site and your online experience. By continuing to use our website you consent to cookies being used. Read our privacy policy here.