In pictures: 9 times Sheikh Mohammed was just like us

When it comes to rulers of the world, we happen to think we’ve lucked out… Not only does His Highness Sheikh Mohammed bin Rashid Al Maktoum, Vice President of the UAE and Ruler of Dubai, always have a wise word handy, he’s also a champion for technology and sustainability, a true visionary, and in his 10 years at the helm of the city he’s been instrumental in getting the Gender Balance Council, the Burj Khalifa and the Palm Jumeirah off the ground.

But just as importantly, we feel, he’s also a man of the people. So with no further ado, here are 9 examples that prove how refreshingly down-to-earth the royal is.

1. DRIVING ON HIS OWN 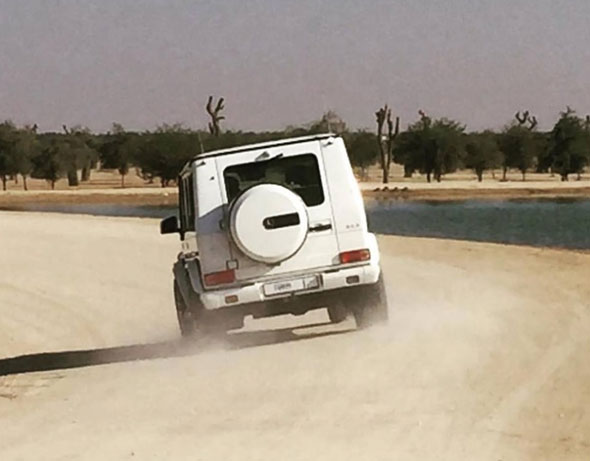 You haven’t really lived until you’ve seen the royal cruising around Dubai in his G-class Mercedes (with the number plate to end all number plates – a lone 1). Sheikh Mohammed often abandons drivers and limos in favour of making his own way around town, and has been sighted many a time enjoying a leisurely solo cruise around Al Qudra Lakes.

“I had the amazing pleasure of seeing Sheikh Mohammed there in December 2015,” resident Lindsay Johnston told What’s On. “I saw a white Mercedes G Wagon coming towards us, so I made sure my dog wasn’t in the way, looked up and saw the number plate – 1 – first.  Then looked in the car and there he was, driving on his own on a Friday morning. My face would have been a picture I’m sure. I gave him a weird salute type gesture and he returned the gesture to me!  Then he drove off into the distance.”

Well, we know where we’ll be stalking out every weekend from now then. 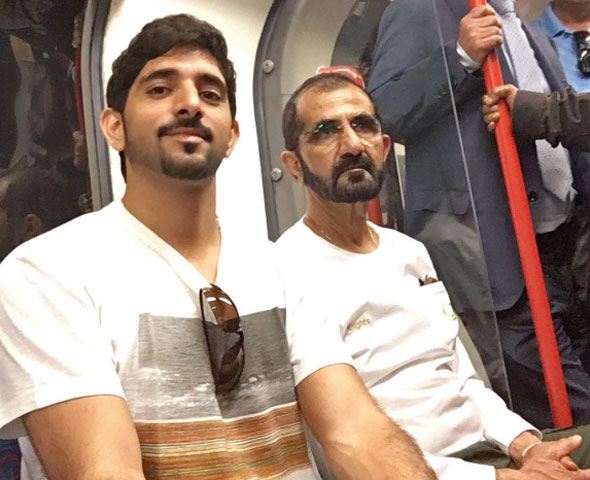 Earlier this month the Sheikh was snapped travelling on London’s Underground in a selfie by his son, HH Sheikh Hamdan bin Mohammed, the Crown Prince. Yep, the ruler of Dubai eschewed armoured cars and private choppers for an Oyster card and a trip on the Central Line. A royal that thinks nothing of rubbing shoulders with commuters gets a huge thumbs up in our books. 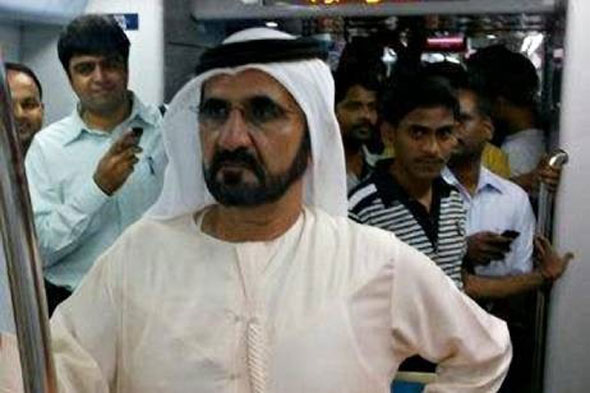 The Tube isn’t the only form of public transport Sheikh Mohammed uses: he was famously snapped on the Dubai Metro back in 2011, setting an example to all residents to ditch the gas guzzlers and hop on the greener trains. “I used Dubai Metro yesterday while conducting an official visit. I encourage all to utilise Dubai’s advanced transport network,” he wrote on Twitter after the picture went viral. So travelling via the Metro actually means we’re living like royals… that’s a thought we can really get on board with. 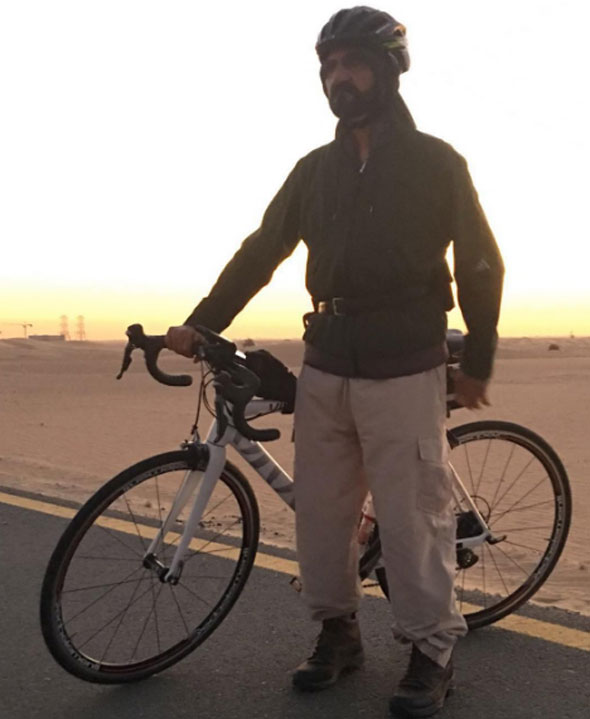 When he’s not on the Metro, Sheikh Mo can also be found pedalling his way though the desert on a road bike. The keen cyclist can often be spotted on Al Qudra’s 50-kilometre track (but unlike us he is often accompanied by security). Still, being overtaken by the 67-year-old royal – or, if you’re feeling particularly bold, overtaking him – is a welcome distraction from the seemingly endless ride. 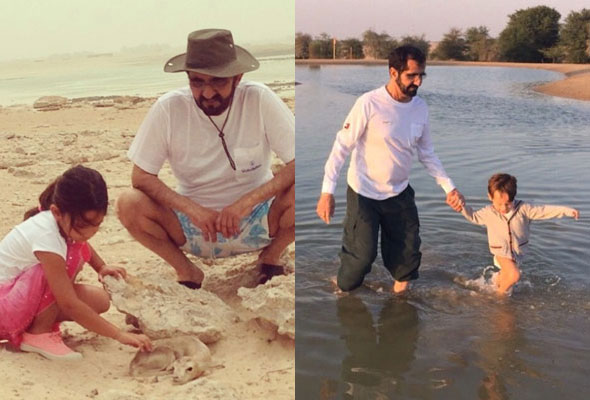 All of the Sheikh’s most awwwww-inducing snaps are those of him with his children, particularly his youngest two, daughter Al-Jalila and son Zayed. The devoted dad is often photographed engaging in hands-on fun and games with his kids, whether taking them fishing, wildlife spotting, or to sporting events. 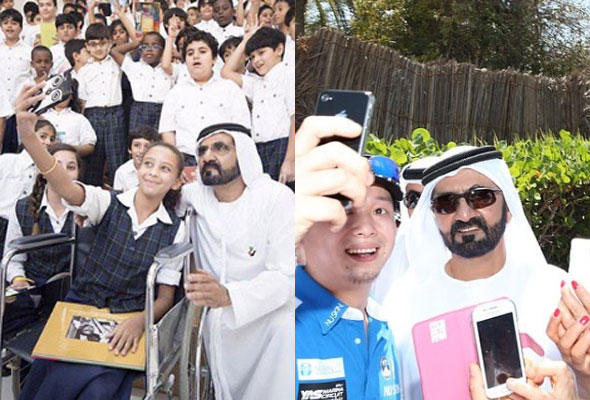 No one could accuse Sheikh Mohammed of not being a modern royal – not only is he striving to make 25 per cent of Dubai’s transport systems driverless by 2030, he’s also no stranger to a selfie. The affable ruler is happy to be snapped by tourists, teens and bypassers alike. HH is also a prolific social media user, racking up 1.7 million Instagram followers and 6.4 million Twitter followers. 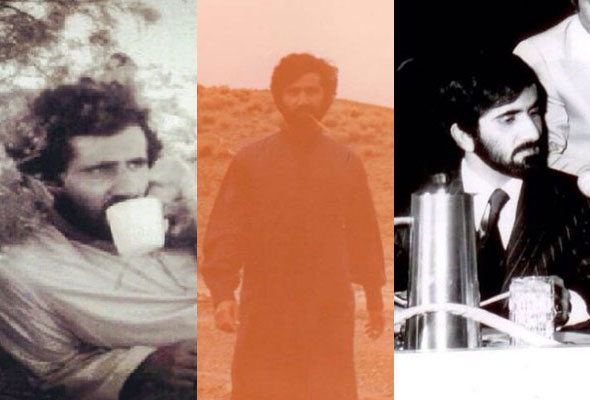 Talking of social media, Sheikh Mohammed is also a fan of Throwback Thursday – well, he doesn’t strictly only get nostalgic on #tbt, but we love how he likes to reminisce with old pics. They’re also excellent proof that his beard game has never been anything short of strong.

8. LUNCH AT THE NOODLE HOUSE 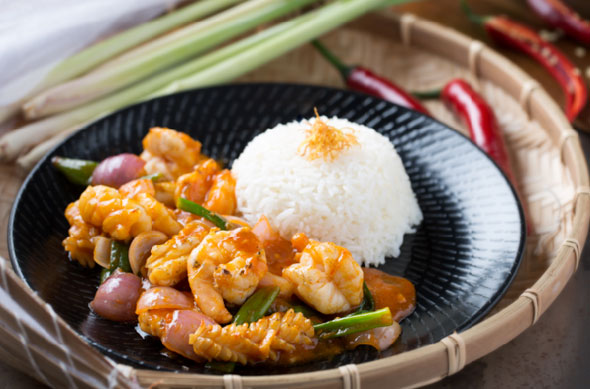 Forget dining out on caviar every day, the Sheikh can be often be spied partaking in a low-key lunch at The Noodle House. The mid-range Asian eatery is in the same building as his executive office, Emirates Towers, and rumour has it he’s got a favourite table that staff make sure to seat him at whenever he pops down. 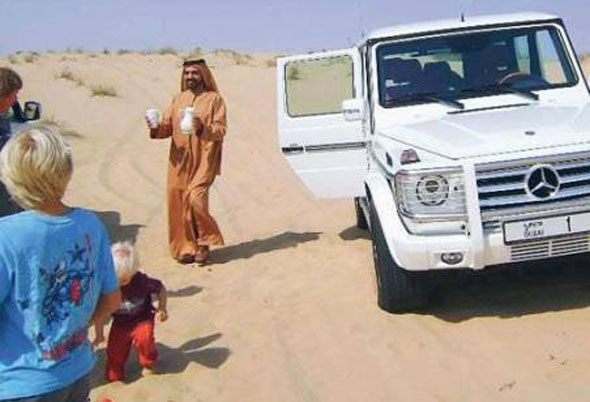 Well this is proof that Sheikh Mohammed is not just like us, rather he’s probably nicer than a lot of us. When he spotted a 4×4 pulled over in the desert a few years ago, he parked up, hopped out, and followed the footprints in the sand until he found a European family picnicking and taking some holiday photos. The royal, who was travelling alone, served them coffee from his own car (we don’t know if/why he has a beverage maker in there, but we definitely want one). Now that’s a host with the most.

Any other great Sheikh Mo moments we’ve missed? Tell us your favourites in a comment below so we can feature them in the future…