Inside the new hotel next to the Madinat: Jumeirah Al Naseem

Here’s a look inside a new Dubai hotel that opens in just over a week (and will add 11 bars and restaurants to the city).

Most of you will have noticed the construction next to the Madinat Jumeirah over the past few years – well, guess what? The new hotel that’s been built there – Jumeirah Al Naseem – will open on December 1.

Yes, as in next Thursday.

The opening of this hotel means the Jumeirah hotel complex now runs for two kilometres along the oceanfront in Al Sufouh (so you don’t have to feel too bad about being lazy and catching a buggy when you visit). 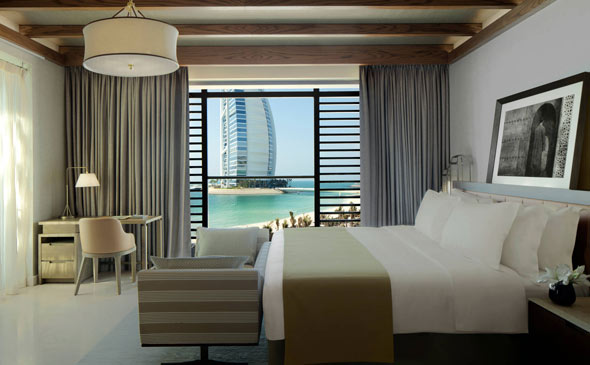 Burj Views from the Ocean Suite

So what will we find at Al Naseem, which is Arabic for ‘sea breeze’? 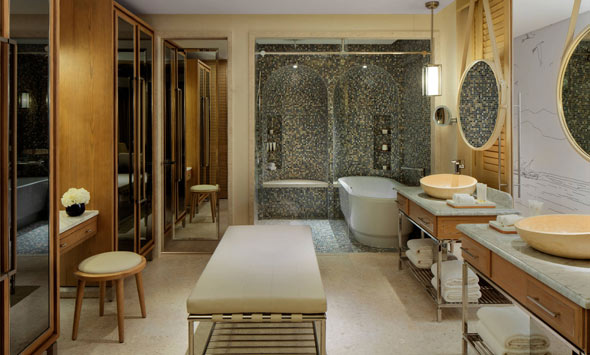 Well, the hotel has 430 rooms, with the interior inspired by Dubai’s pearl diving and Bedouin heritage, natch. There will be an adult-only pool, a lagoon for rehabilitating endangered turtles and a total of 11 restaurants and bars. 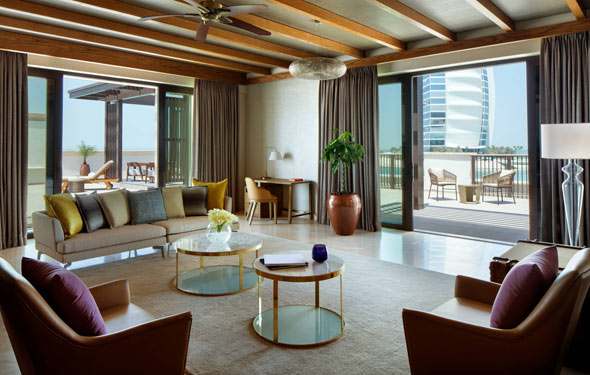 So what are the new restaurants and bars? (Because, let’s be honest, that’s what those of us living in Dubai care about the most.)

There will be New York burger and monster-shake import Black Tap, as well as the Philippe Starck-designed Japanese restaurant Katsuya (yes, there used to be one of those in Dubai Mall, and one is opening at Riverland in Dubai Parks & Resorts too). 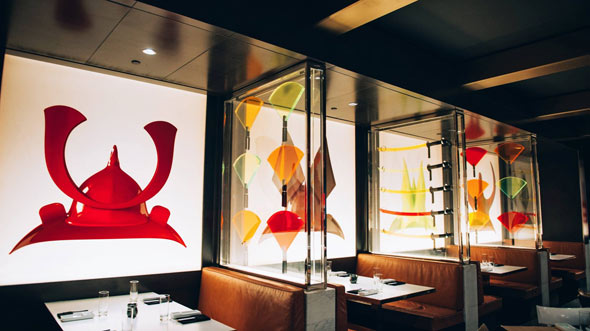 Katsuya By Starck (this one’s in Kuwait)

Fans of Italian cuisine will be pleased to hear about Il Borro Tuscan Bistro, which is the first overseas iteration of Il Borro in Tuscany (an estate owned by the Ferragamo family – flash). 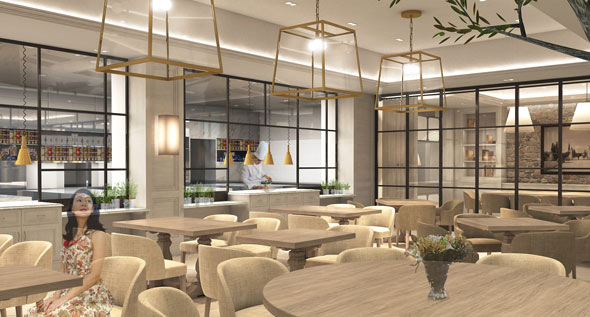 Here’s a rendering of what Il Borro will look like (minus the transparent lady, of course)

Fans of Tasha’s in Galleria Mall (their salads are the best) will be pleased to hear that the new complex will also be home to a restaurant called Flamingos by Tasha’s (we love flamingos and we dig Tasha’s, so our hopes are high). 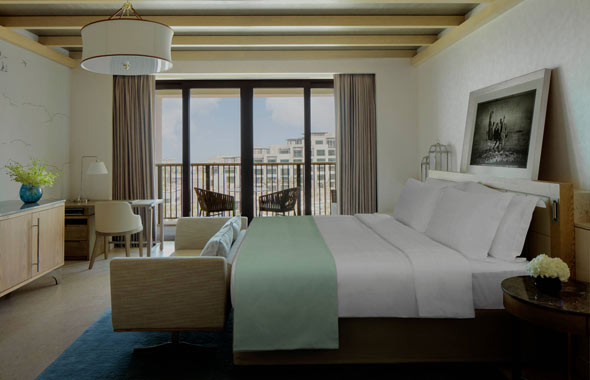 Room rates? They start from Dhs1,200 a night (excluding tax)

There will be also be a spot called Al Manhar Lounge (which will have great ocean views), a rooftop bar called Ambar and a buffet restaurant dubbed The Palmery. We love a seafood restaurant with beach front seating, and that’s what you’ll find at Rockfish (which will specialise in crudo – that’s basically Italian sushi).

Plus, from early next year people will be able to participate in turtle feeding sessions at the 150-metre outdoor lagoon where the endangered turtles will be housed before they are able to be returned to the wild.

Here’s the time we met the turtles that live in the Burj Al Arab (and will move to the lagoon when it’s ready):

Oh, and don’t worry, as always we’ll keep you updated about what the restaurants and bars are like as soon as they open.

Restaurants
Staycations
Travel
EDITOR’S PICKS
What’s On Nightlife Awards 2021: Here are the nominees...
READ MORE
It's back! What's On Lock In returns to Media One Hotel
READ MORE
Arts and culture: 5 spots we can't wait to visit at Expo 2020 Dubai
READ MORE
UAE petrol prices are set to decrease in September 2021
READ MORE
MOST POPULAR
Watch: Expo 2020's official song has been released and it's seriously catchy
A Shakespeare rom-com is gracing the stage at The Junction this weekend
Iris Dubai to open a huge pop-up at Expo 2020 Dubai
Work out with UK fitness trainer Courtney Black in Dubai this week
Exclusive reveal: Hola, an Ibiza-inspired rooftop bar in Dubai
YOU SHOULD CHECK OUT
Our website uses cookies and other similar technologies to improve our site and your online experience. By continuing to use our website you consent to cookies being used. Read our privacy policy here.