Yes, we’ve now got a Denny’s, and IHOP continues to be a fan favourite, but the American grub buck doesn’t stop there…

Right next to The Sum Of Us and Novikov on Sheikh Zayed Road, Jamaican restaurant Miss Lily’s (which is actually from New York) swung its Dubai doors open this week. Here’s what the artfully undone restaurant looks like in Soho: 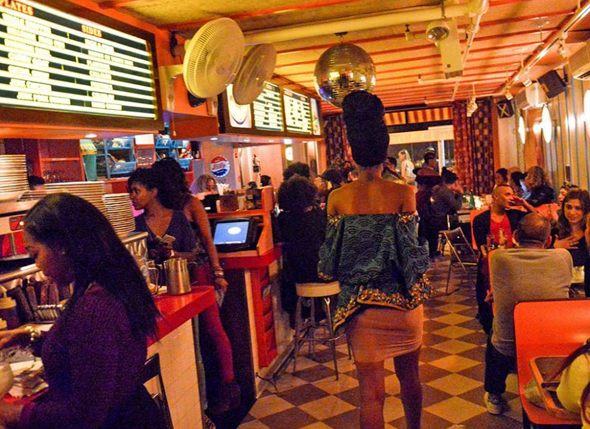 The vibe is super lively and incredibly fun – think dancing by the tables before 11pm (even though it’s currently not licensed). The menu? Well in New York they serve jerk chicken (of course), as well as oxtail stew, hot pepper lobster and even a kale salad. Judging from this picture the kitchen work looks pretty good: 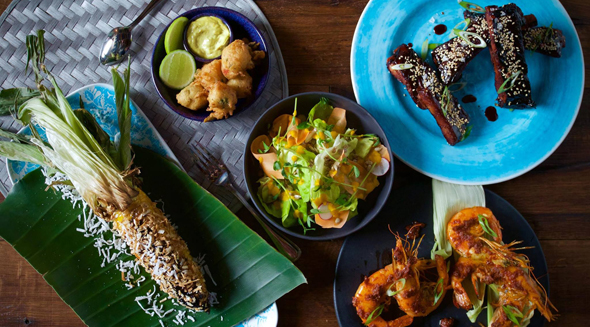 Another New York sensation opening this year in Dubai is Black Tap – it’s a burger and shake joint with monstrous-looking food (but monstrous in a delightful, selfie-friendly kind of way). It’ll be opening in Jumeirah Al Naseem (next to the Madinat Jumeirah).

And the burgers have a life of their own (no bun can contain this much protein):

The first Dubai Black Tap will open in December. We’ll keep you updated.

Bostonian Spanish spot Toro apparently has plans to expand the tapas scene here by opening a restaurant in the emirate (they’re currently in the process of opening their first overseas branch in Bangkok).

The restaurant pays homage to Barcelona, and according to the Boston Globe it’s the spot “that started many Bostonians’ love affair with tapas.”

The dishes are classically Spanish, and the chefs focus on sustainable and locally-sourced ingredients (an honourable endeavour that might be a touch trickier here).

Denver “Willy Wonka-style shop” The Inventing Room has signed a deal to come to Dubai according to Eater.com. They were here for the Dubai Food Festival last year, during which their dry-ice-tastic desserts and drinks were quite the hit.

Their Denver shop looks a bit like a scene from Mythbusters: 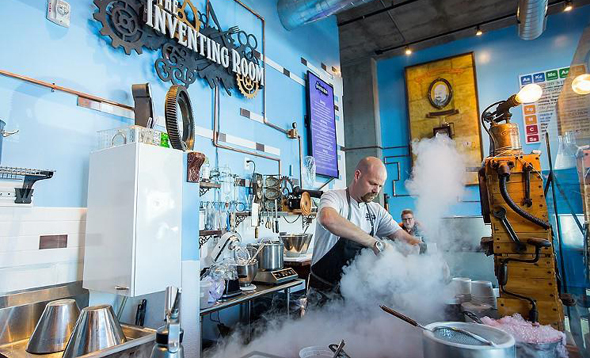 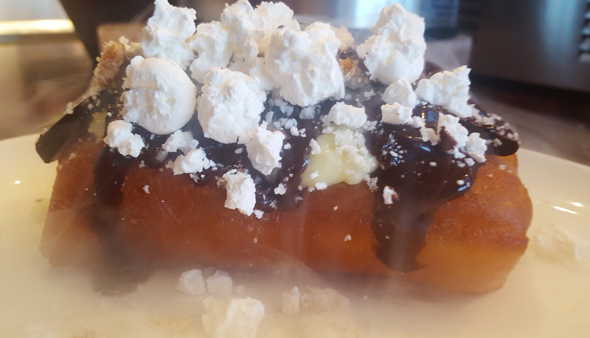 We told you last September that Mark Wahlberg’s family burger joint Wahlburgers will be opening many branches in the Middle East soon. Despite the B – pun of a name the burger spot has, it’s quite famous in the States thanks to the fact it has its own reality TV show. 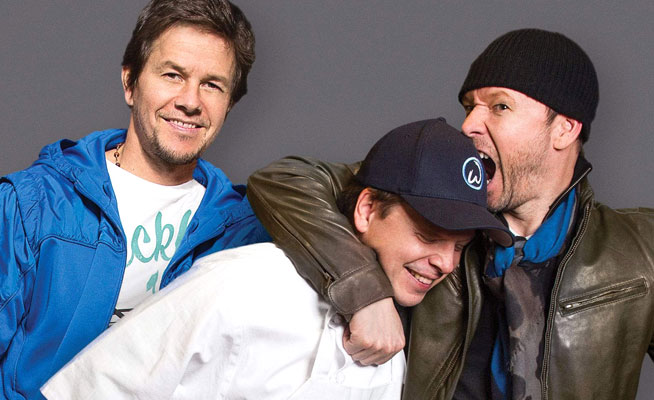 We’ll still don’t know exactly when the chain will land in the desert, but we’ll keep you updated. Read (and watch) more about it here.

Remember when Ellen ordered pizza for everyone at the 2014 Oscars? Although gag-wise that was probably the most boring part of the ceremony, we’re sure the pizza Ellen would order for Meryl and J-Law would be top notch. The pie was by Californian pizzeria Big Mama’s & Papa’s, and apparently they are coming our way. 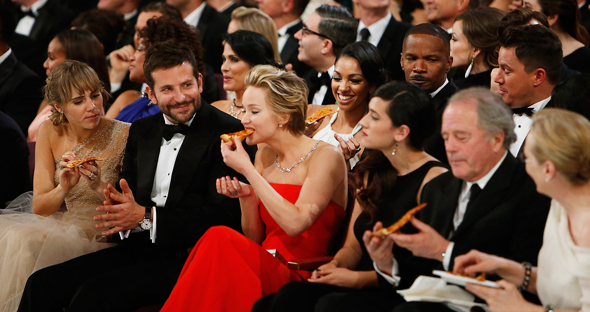 You’d be gutted if you were in the third row. Photo: Getty Images.

On their website they say that they will be opening in Dubai with BinHendi Enterprises (they made this announcement in January 2015 and we still haven’t heard anything more concrete, but it’s likely to still be in the works).

As always, we’ll keep you updated on all of these!

Eat & Drink
Restaurants
EDITOR’S PICKS
9 royal-approved Dubai restaurants
READ MORE
12 incredible rooftop pools in Dubai to check out
READ MORE
16 of the best beach bars in Dubai for sundowners
READ MORE
Covid-19 rules in Dubai: all the updates you need to be aware of
READ MORE
MOST POPULAR
You can now do watersports at Cove Beach Abu Dhabi
Watch: This is what it will be like to ride the Virgin Hyperloop
Five of the coolest places to go glamping in the UAE this weekend
These are the most lavish Valentine's Day packages in Dubai
What we know about the Zayed National Museum coming to Abu Dhabi
YOU SHOULD CHECK OUT
Our website uses cookies and other similar technologies to improve our site and your online experience. By continuing to use our website you consent to cookies being used. Read our privacy policy here.